They’d inadvertently made a murderer the King of Mars.

okay, trying to review w/o spoilers for the first book in this series (which may or may not end with this book?): after the [unspecified adventures] of One Way, construction specialist frank kittridge is the sole survivor of the poorly-conceived mission to mars in which criminals were sent to the red planet to build a base for NASA, in some evil interstellar “habitats for humanity” program. 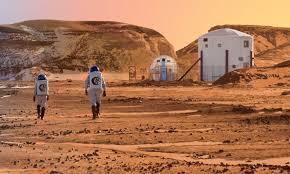 as per the original arrangement, the NASA folks will be arriving on mars in a matter of weeks, so frank has to sweep all the evidence of the [unspecified chaos] under the martian rugs, assume a new identity, and convince the NAStronauts that everything’s cool, nothing to see here and please accept this muffin basket as a welcome to the neighborhood &etc.

the first part is very similar to The Martian; a survival story in an extreme landscape, but where the highly-trained scientist character is replaced by an everyday joe who only sort of knows what he’s doing, and with considerably less humor, musings about aquaman, or math. frank actually references The Martian, but not, quite tellingly, in its original form:

The potatoes in their barrels of de-chlorated Martian gravel seemed to be doing well. That was one thing at least that movie had got right. 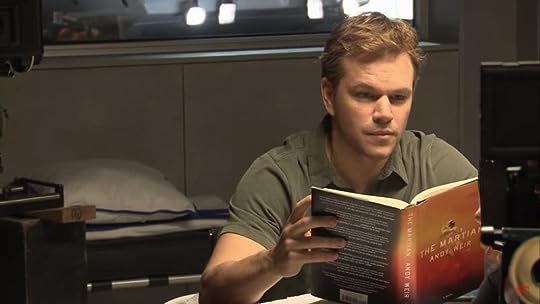 frank’s maybe not a big reader, although now he’s forced to read all manner of how-to manuals for the care and maintenance of the space hab as well as a crash course in agriculture to fill in the gaps left by the [unspecified carnage] that led to his having the weight of 7 job descriptions on his shoulders, along with the consequences from the [unspecified occurrences].

he also needs to figure out how to get his protein on mars because – while frank can kill his teenaged son’s teenage drug dealer on earth, he cannot, it seems, kill an innocent tilapia on mars. 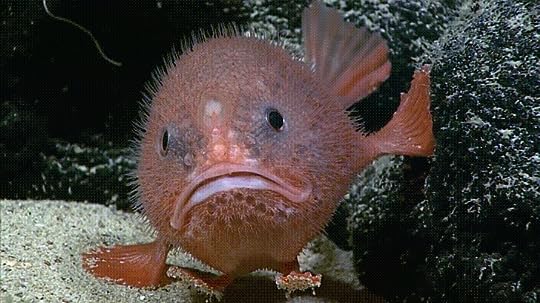 and then he makes a discovery. i mean, another one, apart from the [many unspecified discoveries] from One Way.

and suddenly, mars is very crowded.

and THEN, it’s a survival story, with mystery, adventure, and psychological suspense trimmings, and everything is MUCH more dire than the first book, believe it or not.

and it is fun. for the reader, not so much for frank:

Monotony and fear. Those were his two default states and he seemed to be flipping between them with very little warning.

i liked it more than One Way, and IF there were to be a third book, i would probably read that one as well.

apropos of nothing, i was pleased to encounter a version of my favorite sentence from Jude the Obscure,

No one was going to come and rescue him, because there was no one.

which was most likely an unintentional echo of a book frank most certainly has never read, but it tickled me nonetheless.