No Flight Without the Shatter: A Tor.com Original by Brooke Bolander
My rating: 4/5 cats 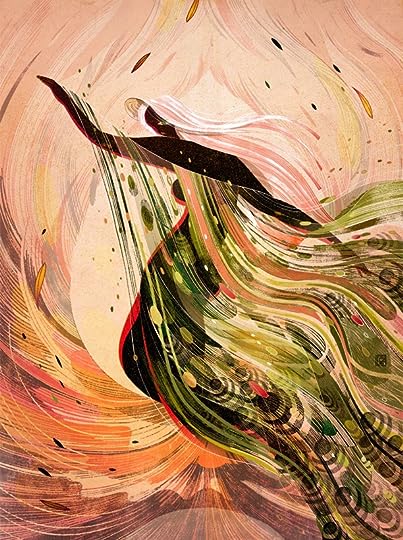 “We were many too, once,” she repeats, barely a whisper. “I really am sorry.”

this is an imaginative, elegiac story, a missive from the place between being and not; a signal from the space between the final breath and whatever comes after.

in this space, a group of endlings assemble, briefly, as oddly-matched housemates; tiger, rhino, dodo, shrew, pigeon, predator/prey alike, where they say goodbye to the world, telling their stories before being ushered out on a noah’s ark-like vessel into the sunset of extinction.

there is also one human among them; an orphaned girl named linnea who has a choice – to join her found family on their journey or to stick around a bit longer.

it’s a very solid story. bolander’s writing is as strong here as in The Only Harmless Great Thing, and it draws the reader in and keeps them pinned.

she writes animals in captivity so wonderfully sorrowfully well:

They capture a few of the young birds alive and send them back across your waters. The last will be put on display as a public attraction, a curiosity kept in a dank, dark little chamber at the back of a shop. She will huddle into herself, feathers fluffed to ward off the chill of this gray place so far from her tropical homeland. The people who pay their pennies to see her will laugh at how round she looks, how plump and silly and vacant-eyed.