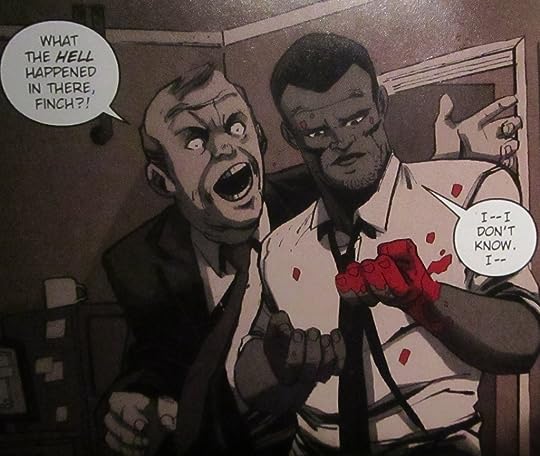 okay, so i’m just trying to get all my little bitty reviews out of the way now, while my brain is too preoccupied with baking and wrapping and WHERE HAS ALL THE SCOTCH TAPE GONE AND ALSO THE SCOTCH to focus on reviewing anything with a sustained narrative for adult readers that’s more than twenty pages or so even though i am more than thirty reviews behind because i am suck.*

this is just the first comic book, so it’s like thirty pages of tease, but i like where this is going. i think. i mean, it’s got the weirdest serial killer schtick ever:

Edward Charles Warren. Warren’s modus operandi was to kidnap innocent men and women who had the habit of chewing their fingernails. Warren would keep them captive until his victim’s nails grew back, and then chew their fingers down to the bone before ultimately killing them. 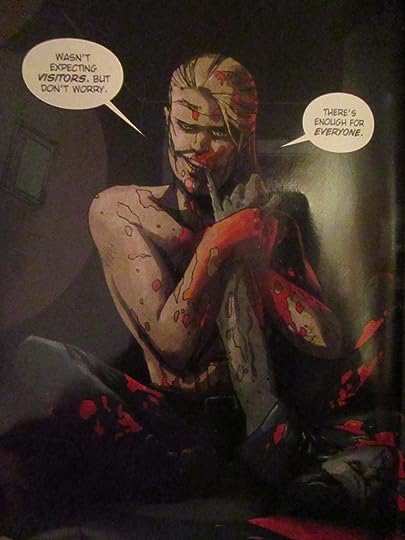 in all my years of police procedurals and horror movies, never have i ever encountered this particular kink, and i like the added plot point of buckaroo, oregon: 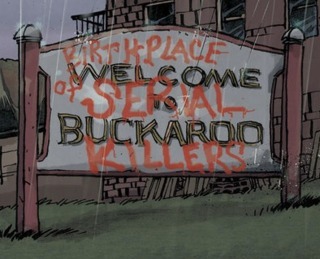 a town that just oozes with serial killers and the early stages of the investigation into why this is. also, the artwork is decent, and i really appreciated the ouroboros shape of the first issue.

so it’s got good bones, a solid foundation, originality and some cleverness.

i’m definitely on board to follow this thing where it leads.

after the holidays are over.

* i wrote this and forgot to post it which makes me even MORE suck, and also now i am more than 40 reviews behind because ditto.