Manfried the Man by Caitlin Major
My rating: 3/5 cats

this is a graphic novel in which the world of Man and the world of Cat do a freaky friday switcheroo and things get weird. 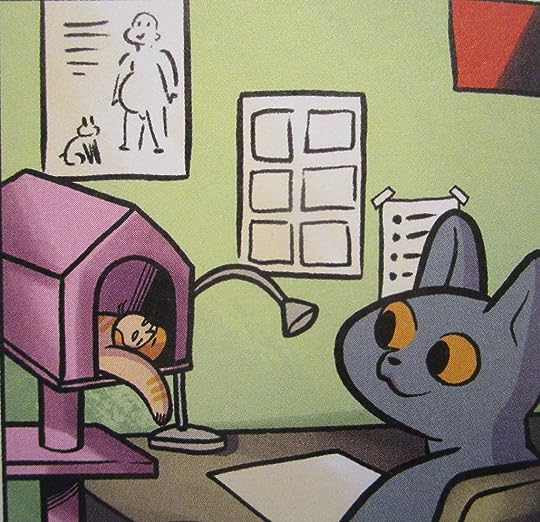 there are parts of this book that are five stars cats, no question, but as a whole, it’s prolly a 3.5.

the concept is a winner, if you are someone who a) loves cats and b) finds tiny naked men behaving like cats hilarious. 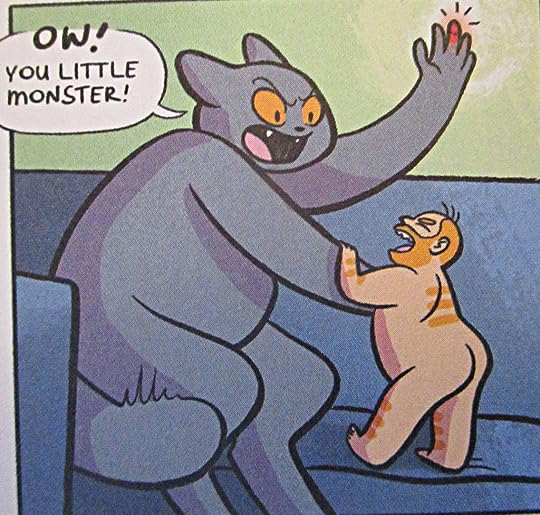 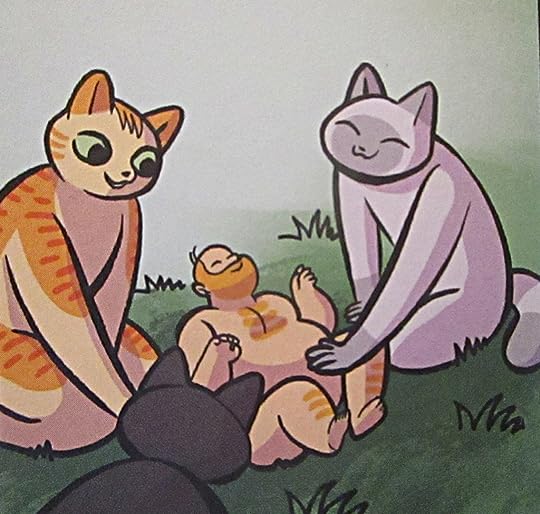 or just uncreepy enough to be hilarious. 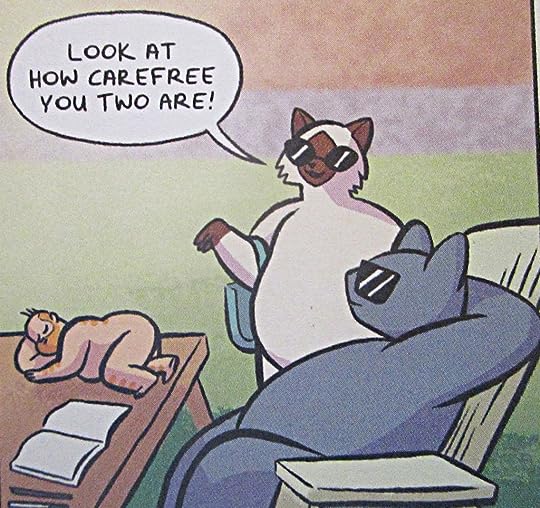 the jokey details of the illustrations are perfect, from the man food 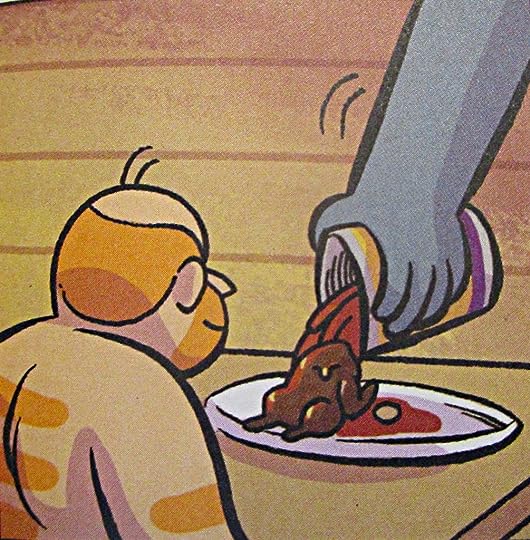 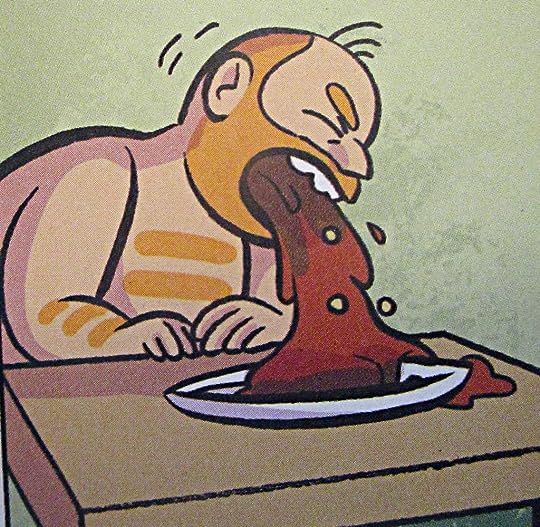 to the perfectly catlike behaviors and mannerisms 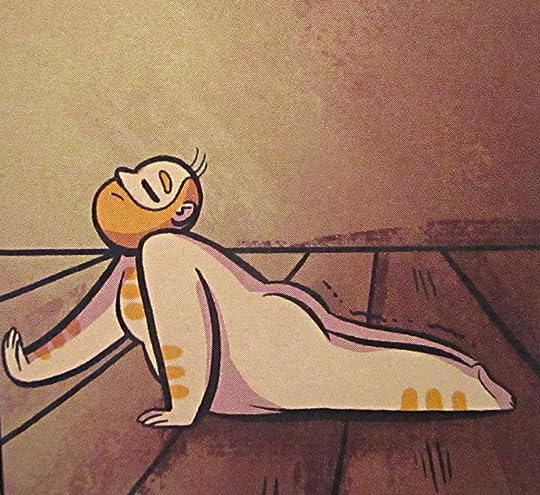 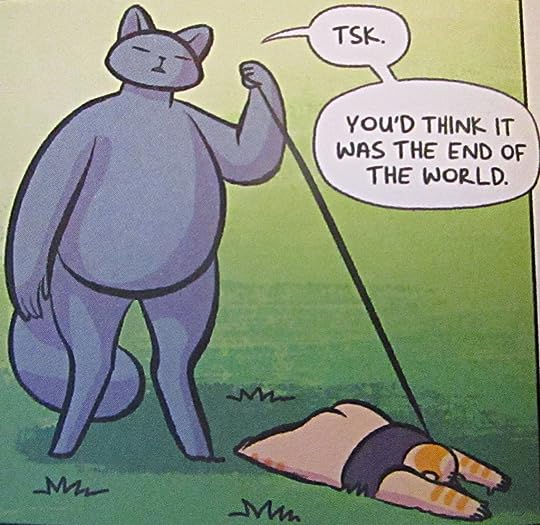 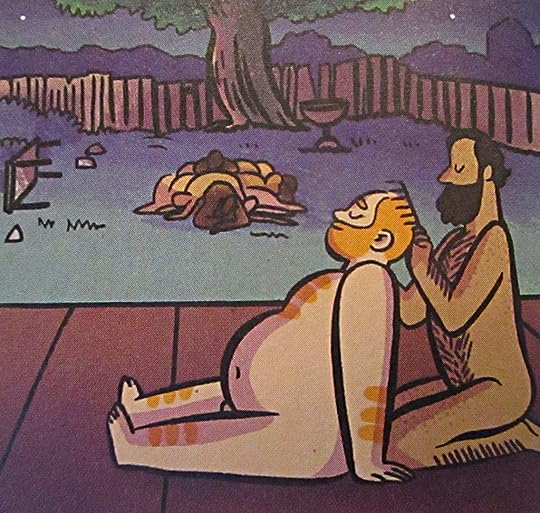 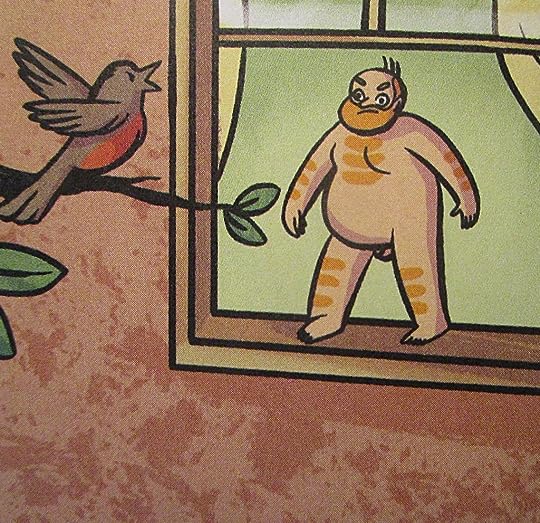 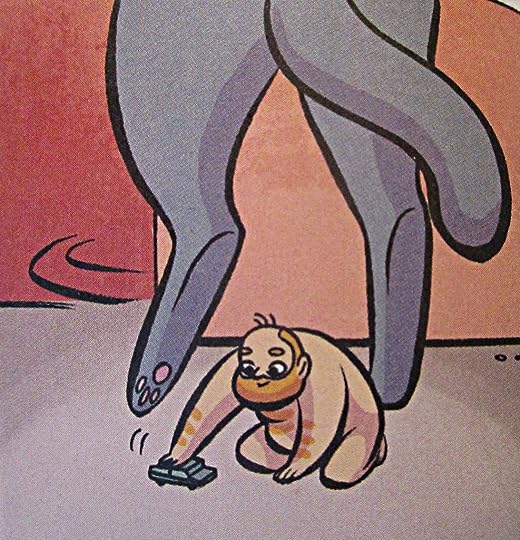 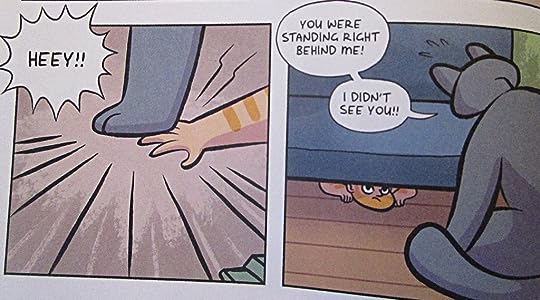 even the background details are a joy 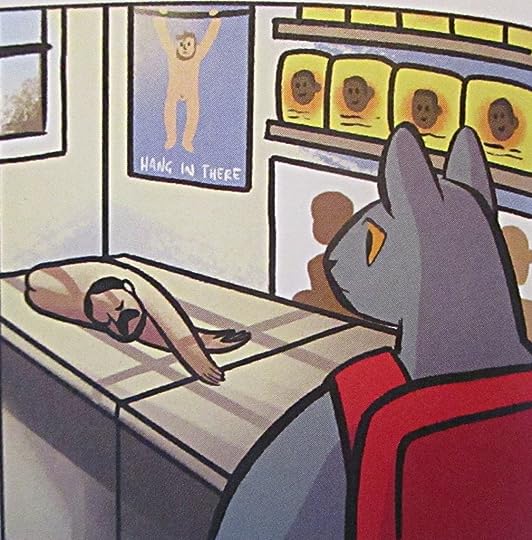 i love the spin on the crazy cat lady house: 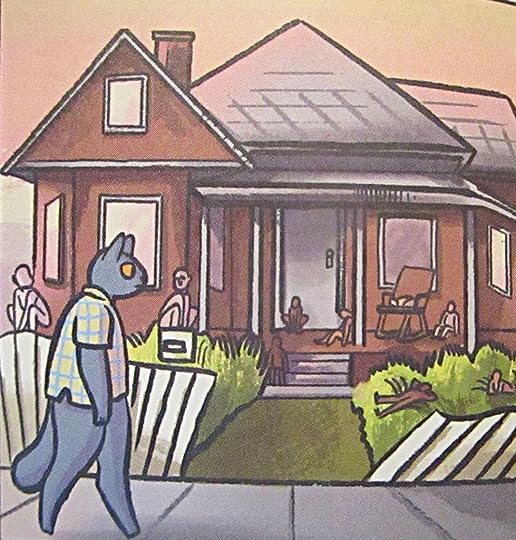 and i also love that the man-equivalent of a meow is the word “hey,” and that it gets used in so many different situations 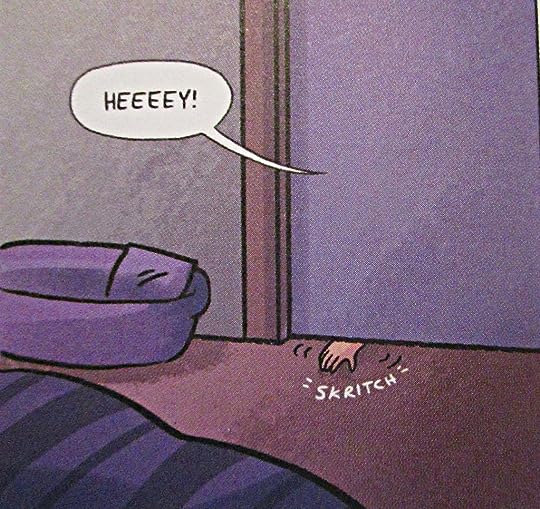 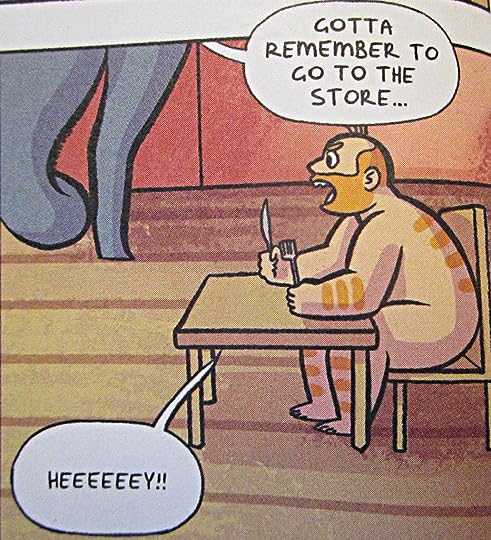 as a “hello there” 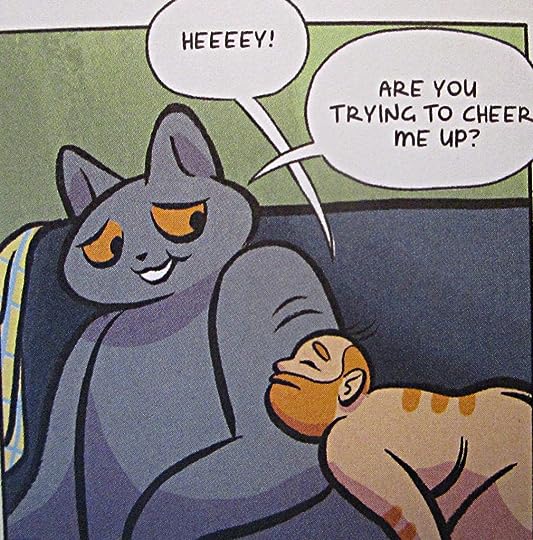 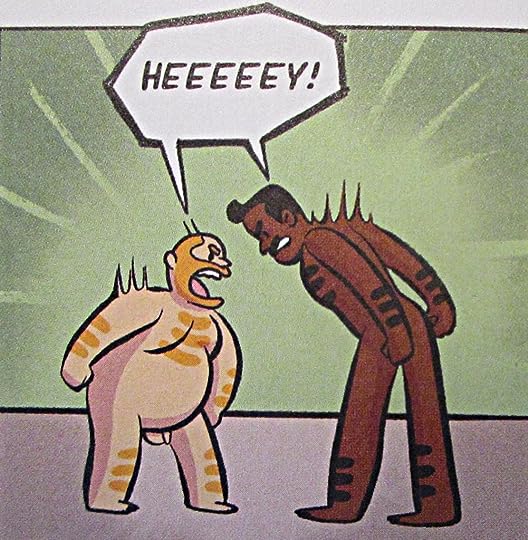 and with all that to recommend it, you would think this book would be a slam-dunk. the problem is that while every little thing the pet man does is perfection, 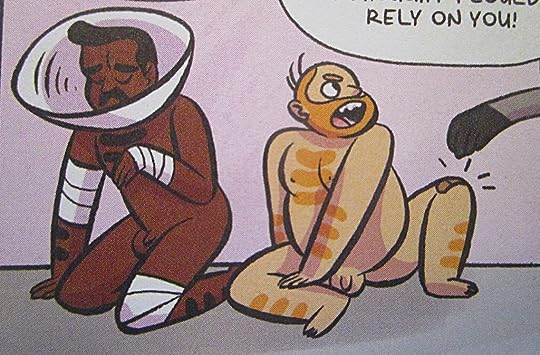 steve the cat’s plotline is really dull. he’s not bringing any “hahah, oh that’s so human” gags, and he’s not even a character we can root for; he’s kind of a dick—petty, lying, irresponsible, messy, childish, pathetic—he doesn’t embody any funny or interesting human qualities, he’s not inviting human readers to giggle at our eccentricities, he’s just a big douchey cat who’s not even particularly cute. and yes—he becomes more likable by the end, but he’s not holding up his half of the story and it takes too much time away from the man, who is—again—supercute and cuddly. 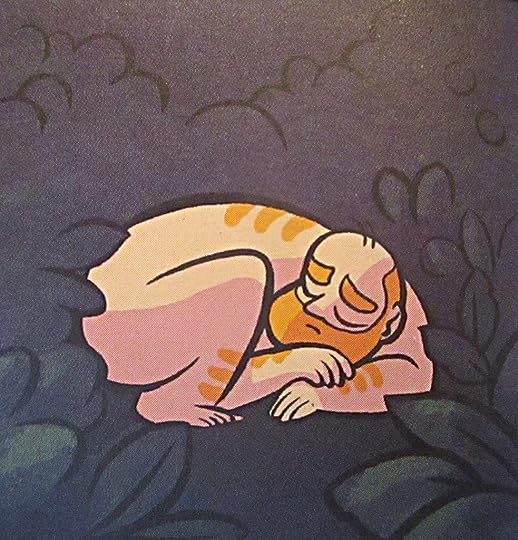 oh, and when you have a lot of little men, you have adorable manpiles 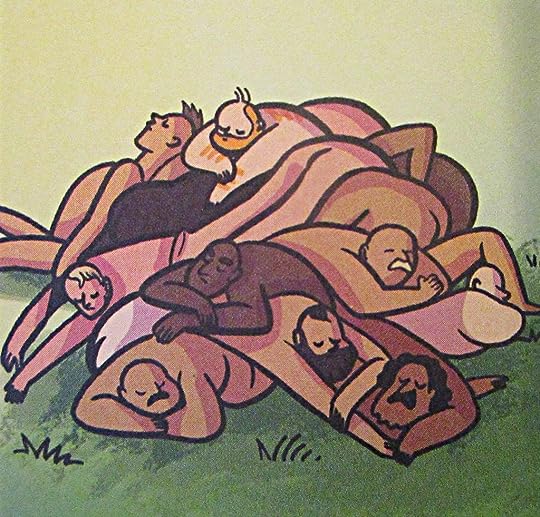 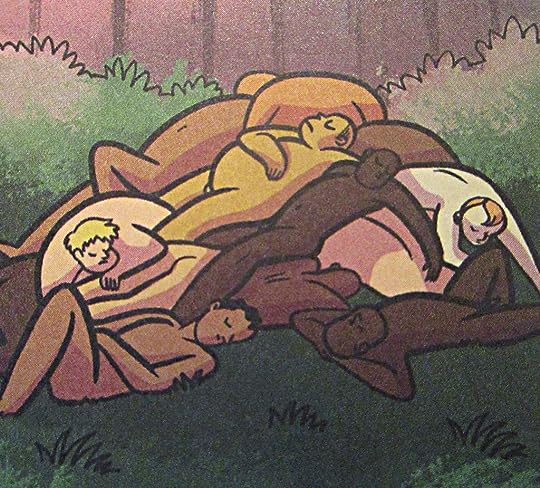 there’s another volume of this coming out in 2019—i just hope that their stories don’t diverge this time, because—and i never thought i would say this—that cat’s no fun without his man.

and remember—no matter what pet you get, get it from a shelter, okay? 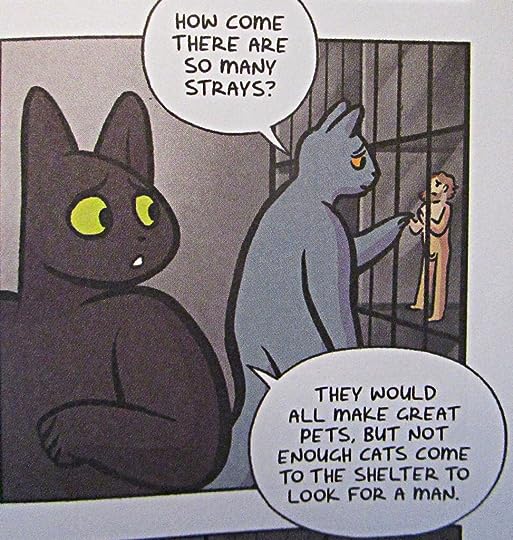