this is the second book i have read by taylor jenkins reid, and while her books may not be literary-award great, they are great fun—fast-paced and frothy, but underneath the pure escapist pleasure of them are layers with real emotional texture.

this one is similar to Daisy Jones & The Six in a bunch of ways—the dual shiny/pointy nature of fame with its various perks and temptations, female characters whose raw talents are sidelined or overshadowed by the media’s fixation on their sex appeal & relationships, the unsuitability of musicians as romantic partners, etc etc.

but this one is set in the eighties!

i keed, i keed—the differences outweigh the similarities, and this is a far more immersive and satisfying read than Daisy Jones & The Six. it’s not without its flaws, but the parts that i liked i liked a LOT.

the novel unfolds over the 24 hours making up august 27, 1983; the day the four rivas siblings will host their annual end-of-summer party, which we are told right from the first page is going to end in literal flames that’ll burn the whole damn place to the ground before spreading down the entire malibu coastline.

so we know what’s gonna happen, and if we’re paying attention, we know who’s responsible for the fire pretty early on, but this isn’t a mystery novel (if it was, it would be an investigation into the mystery of why people throw parties because even before all the property damage starts, this party sounds terrible)

having told you right off the bat how it’ll end, the book can then take its time getting there, a slow temporal striptease doled out in one-hour intervals—each chapter covers a single hour of the day, but it also dips back into the past providing roughly thirty years of backstory about the rivas family.

so june moms up, raising her children beautifully on her own until her demons force her oldest daughter nina to sister up and take care of jay, hud, and kit on her own, their lives shaped by sacrifice and disappointing men; being let down by unreliable fathers and husbands and seeing life’s early promises derailed.

not so much for mick. he gets to have all the toys.

anyway, the siblings grow up living in the shadow of fame cast by a father they barely remember, rise from their humble beginnings into their own successes and their own fame, all beautiful, unusually close-knit and down-to-earth; their lives filled with surfing and tennis and golden california sunshine, and every year they throw a party. over the years, this party acquires a reputation as the Event at which to be seen, attracting celebrities (actual and made-up famous people) and leechy hangers-on as well as everyday local folks and every year it gets a little bigger and a little more out of hand: bigger names, harder drugs, worse behavior.

to be honest, character-wise i was really only invested in june and, to a lesser extent, nina. kit could have been one of the most interesting characters: the baby of the family too-often treated like a baby, desperate to prove herself equal to her older, more accomplished siblings, discovering who she is and what she wants out of her life on her own terms, but she was a little one-dimensional on the page, which was kind of a let-down.

the story gets a little haphazard, particularly towards the end where POV shifts rapidly as the story winds to a close and the party builds to a nightmare, flitting from character to character, many of them sideline people crammed into the party and the narrative—where some of them are or will become significant but others are just taking up space. the ending is very montage-y—which i liked and where—yes—many of those brief interludes with rando guests pay off, but the whole energy of the end is a little distracting and frenetic. which is meant to mirror the energy of the party, but still.

for the most part, though, it’s an enjoyable and frequently poignant look at family and legacy and love; at what we give up, or what we refuse to give up, when all of those things collide.

good for beach reading, good for snow days and probably rainy spring or fall days, too. don’t get bossed around by the weather! 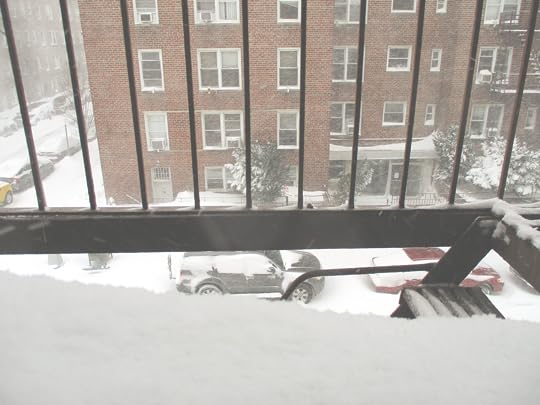