Lost in Translation: An Illustrated Compendium of Untranslatable Words from Around the World by Ella Frances Sanders
My rating: 4/5 cats

GURFA (Arabic): The amount of water that can be held in one hand. 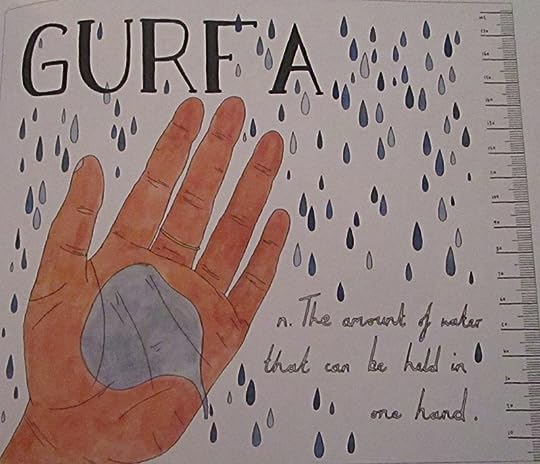 ah, the rich tapestry of language! i love the inspiration of compiling a book like this – it provides a fascinating, if superficial, look (let’s call it a glance) at some of the values of different cultures and the experiences in life in distant lands – the things/feelings one part of the world has identified as necessary to communicate that other languages lack, the ineffable ‘whatness’ that makes up a zeitgeist. oh! like zeitgeist!

# of words i knew before reading this book = 1.
which means i just learned 51 things!

i enjoyed the artwork accompanying each word/definition, in some cases, actually preferring the illustration to the word, because – cats! 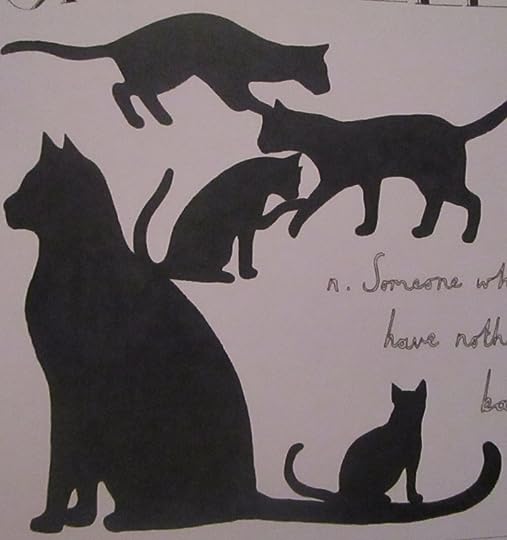 however, i think the impulse to supply the definitions in artistic cursive was a bad one, especially in those examples where the definition is superimposed on the image. between that and some of the color choices, it’s sometimes hard to read, and even more so in these photos, so i will type the definitions out for you here, like a champ.

some of the examples are location-specific, and are ‘untranslatable’ because of the unlikelihood that certain regions would require an analogous word:

PORONKUSEMA (Finnish): The distance a reindeer can comfortably travel before taking a break. 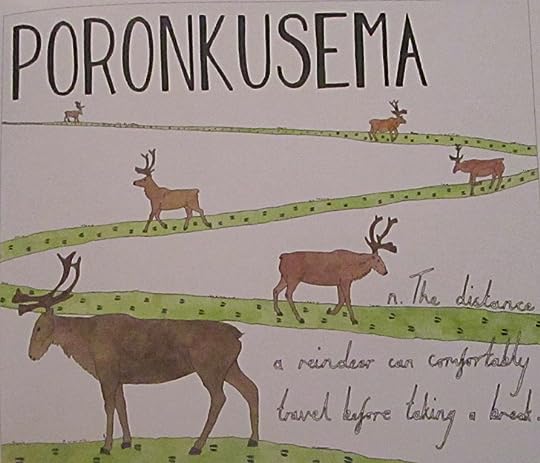 the book assures us: this may seem like a very imprecise and rather unpredictable way to measure distance, but actually it’s pretty widely acknowledged (in reindeer circles at least) that a poronkusema is around 4.7 miles/7.5 kilometers.

you have learned a fact!

but there are plenty of others that so perfectly capture universal human experiences, it’s a shame that there’s no english (for example) equivalent that also encapsulates the situation in a single word:

KOMOREBI (Japanese): The sunlight that filters through the leaves of the trees. 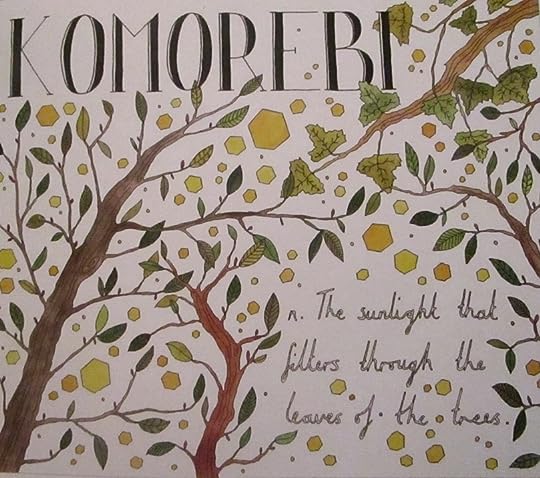 HIRAETH (Welsh): A homesickness for somewhere you cannot return to, the nostalgia and the grief for the lost places of your past, places that never were. 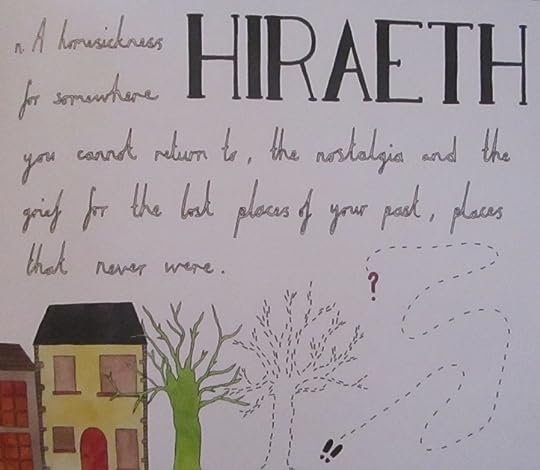 RAZLIUBIT (Russian): To fall out of love, a bittersweet feeling. 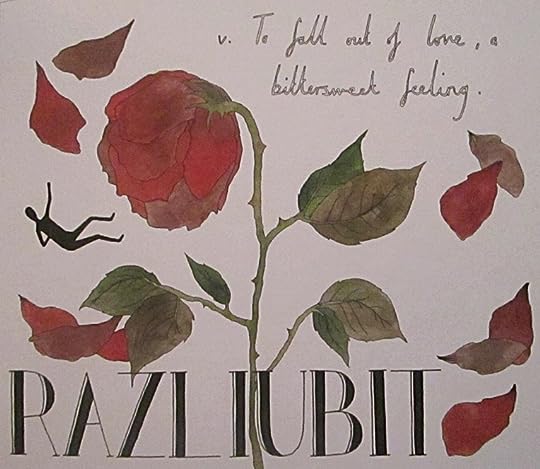 FEUILLEMORT (French): Having the color of a faded, dying leaf. 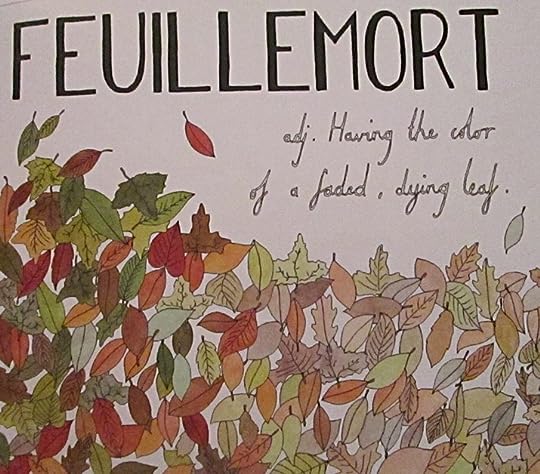 SAUDADE (Portuguese): A vague, constant desire for something that does not and probably cannot exist, a nostalgic longing for someone or something loved and then lost. 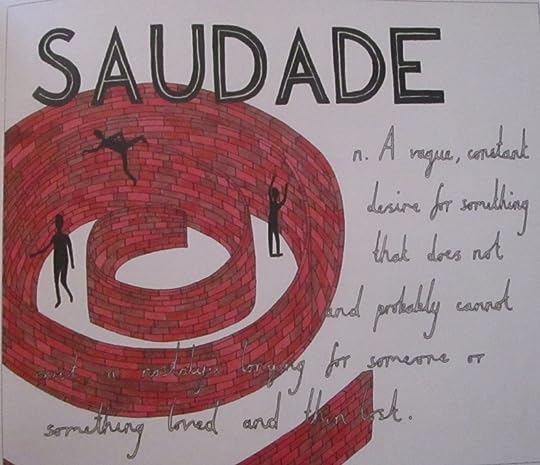 of course, the germans have the best ones because of their awesome legoland approach to language:

KUMMERSPECK: Literally meaning “grief-bacon,” this word refers to the excess weight we can gain from emotional overeating. 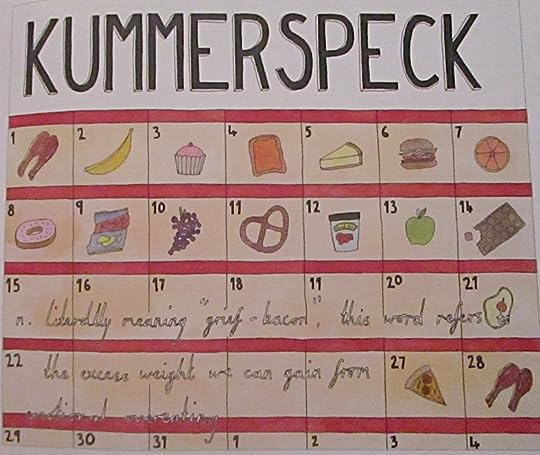 DRACHENFUTTERL: literally, “dragon-fodder.” the gift a husband gives his wife when he’s trying to make up for bad behavior. 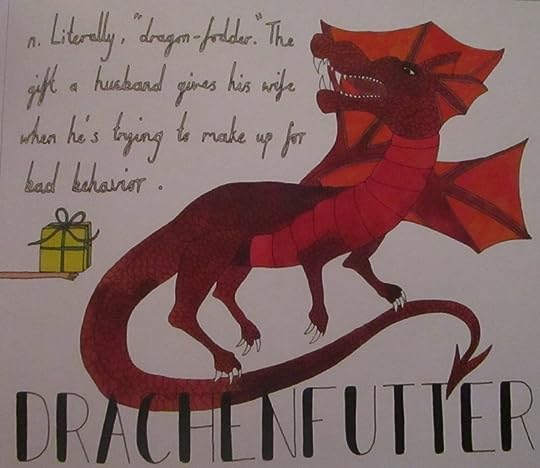 and i am DELIGHTED to learn that there are words out there in the world for things like:

PISAN ZAPRA (Malay): The time needed to eat a banana.

(and which is TWO words, cheater!) 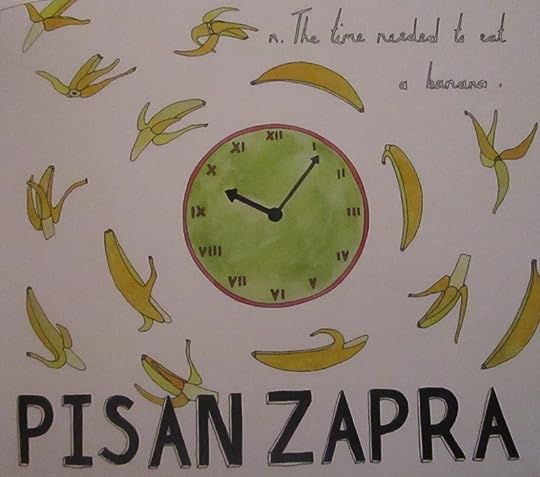 KARELU (Tulu): The mark left on the skin by wearing something tight. 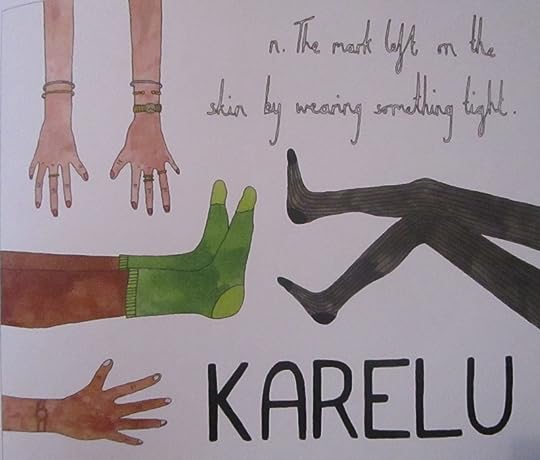 and for you booknerds:

COMMUOVERE (Italian): To be moved in a heartwarming way, usually relating to a story that moved you to tears. 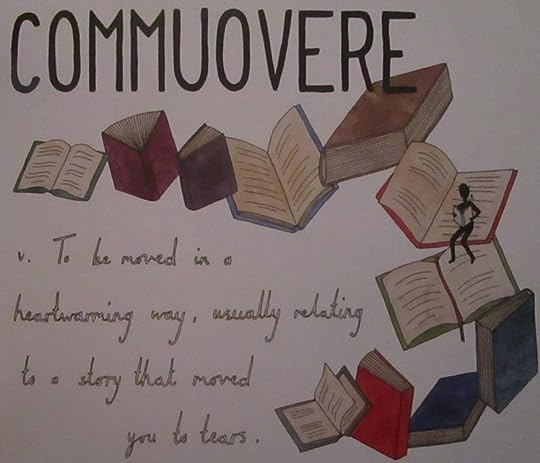 but even more importantly:

TSUNDOKU (Japanese): Leaving a book unread after buying it, typically piled up together with other unread books. 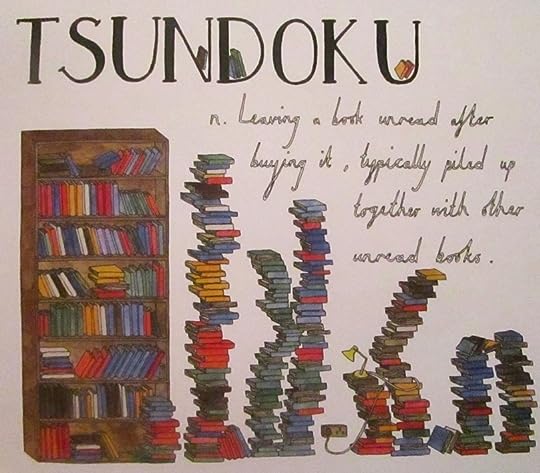 that is such a perfect word, man. thanks, japan. for this and for all of your kit-kat flavors.

some other assorted favorites:

GLAS WEN (Welsh, and also two words):This literally means a “blue smile”; one that is sarcastic or mocking. 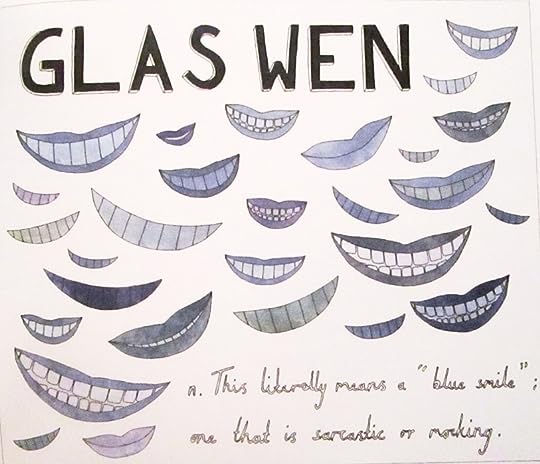 MAMIHLAPINATAPAI (Yaghan): A silent acknowledgement and understanding between two people, who are both wishing or thinking the same thing (and are both unwilling to initiate). 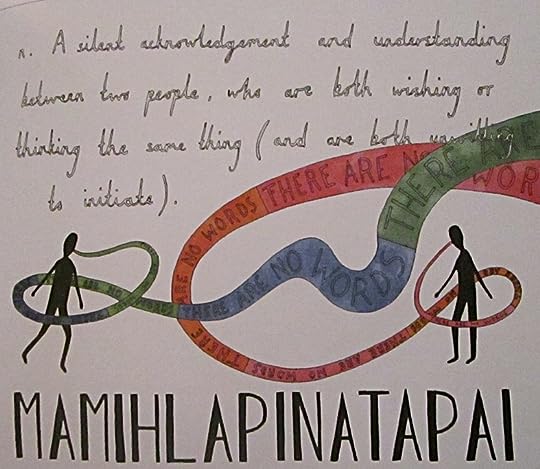 YA’ABURNEE (Arabic): Meaning “you bury me,” a beautifully morbid declaration of one’s hope that they will die before another person, as it would be too difficult living without them. 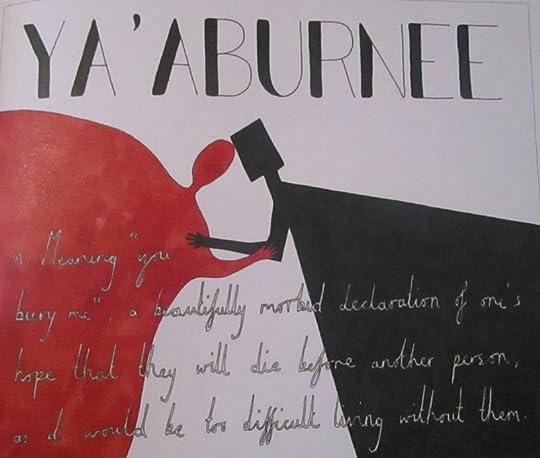 there are additional words for the following:

– the road-like reflection of the moon in the water.

-not being ready to spend time or money on a specific thing, despite being able to afford it.

-a joke so horrible and so unfunny that you cannot help but laugh.

-listening to directions and then walking off and promptly forgetting them.

-the act of searching for something in the water with only your feet.

-the indescribable euphoria experienced as you begin to fall in love.

-the peculiar itchiness that settles on the upper lip before taking a sip of whiskey. (scottish gaelic, natch)

and yet there’s still no single word (that i’m aware of) for the act of staring into your closet hopefully, as though new and super-flattering clothes have magically appeared.

however, i swear i once knew a single french word that meant “to be about to collapse,” but i can’t for the life of me remember what it was, and it is not in this book, either. perhaps one of you cunning linguists know what i’m talking about?

at any rate – a fun book and a good prezzie for any word-nerds in your lives.