The key to a happy ending was knowing when to roll the credits before the next tragedy struck. 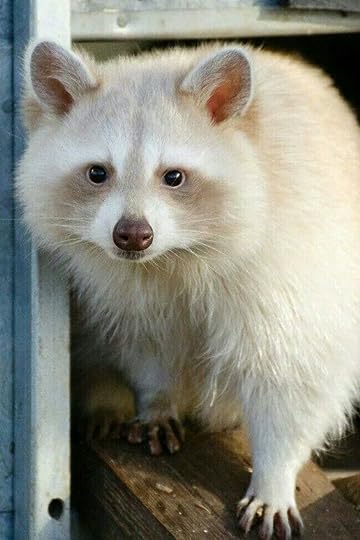 it’s a shame about all those years in between, but i gotta say- this sequel was absolutely worth waiting for.

i really liked Bull Mountain, but 2015 was a year in which i read a LOT of grit lit, and i was worried that after four years, there would be a lot of oldlady memoryblur and i’d be scrambling to find my footing in this follow-up. and i was, a little, at the beginning, but once panowich started dropping in little refreshers along the way, it all came rushing back, and honestly, i liked this one even more than Bull Mountain.

this book is the perfect middle ground between grit lit’s tendency to either lean in and embrace nihilistic lawlessness or to polarize the “good” and “bad” characters. here, sheriff burroughs is barely holding it together a year or so after the explosive events that occurred at the end of Bull Mountain. i’m going to try to avoid spoilers, but suffice it to say that he’s still recovering from his injuries, and he’s drinking a lot and taking painkillers, which is straining his marriage, his work performance, and his focus. the power and protection his criminal family’s name once had over the mountain is on the wane, which is allowing outsiders to flex their muscles and attempt to make inroads into the region, and burroughs needs to make some difficult choices about how much of his character is determined by the law and how much is determined by birthright or blood, especially when the safety of his wife and infant son are threatened.

kate burroughs is my new favorite mama-bear badass. she’s fierce and capable and stoic and patient—whether she’s dealing with the problems in her marriage or facing down a more immediate threat. she never comes across as unrealistically endowed—she’s not a superhero warrior type nor a strategic mastermind, but she’s someone who has grown up in an environment that requires a certain amount of self-sufficiency and a willingness to get one’s hands dirty, literally and figuratively, and she rises to her challenges with a plausible amount of quick-thinking, survival instinct, and doing what needs to be done, even when it is something as comparatively low-stakes as cutting down a tree that had some significant emotional value to her:

A fungal rot had begun to cover the tree—a fuzzy gray cancer too far-spread to try and stop. At seven months pregnant, Kate spent an entire day cutting it down with a homemade pole- saw and a rusted-out chainsaw she’d never even touched before that day. With every limb that fell to the ground, her heart broke a little more. That’s how it was sometimes. No massive blow from an axe, just a series of little daggers and cuts that left you a sobbing mess in the heat where there used to be shade.
…
The saying goes, if something doesn’t kill you, it makes you stronger, but the past year had taught Kate better than that. Just because something doesn’t kill you, doesn’t necessarily mean it makes you anything at all. Sometimes this world can summon up just enough meanness to beat you to the brink of death, but you don’t die. You move on, and all you do is recover. That recovery isn’t the result of some newly imagined inner strength, it’s just the stubborn refusal to feel any more pain. What doesn’t kill you, makes you numb, was truer to the point. The tree was dead. She salted the stump. She moved on.

what shines for me the most in panowich’s writing is his characters, and the balance he maintains with his readers’ sympathies. there are a lot of gray areas here, both in the legal sense and also in how a character is perceived—there are some irredeemable baddies, for sure, but even those are people who have been whittled down by drugs, pride, ambition, low intelligence, misguided ideas of honor, etc. the majority of the characters are straddling the moral divide, and while our loyalties are with sheriff burroughs, as compromised as he may become, it’s hard to not feel some empathy towards some of his adversaries.

this gives the story a sense of realism—these aren’t heroes and villains; they are people making decisions that come from living in-between the big-picture laws of the country and the codes and customs of the mountain, having to create their own opportunities. panowich knows when to use restraint and he knows when to be unflinching in his violence. and WOOF, there’s some tough stuff here.

i did anticipate the *gasp* at the end, but i also appreciated the way he handled the reveal—it wasn’t a LOOK AT THIS THING I AM DOING!, it was a casual, “if you didn’t notice the breadcrumbs i dropped, here is this sandwich anyway,” and, like the rest of the book, it was handled very thoughtfully.

i got this from netgalley, but i am for sure going to buy a hard copy of this whenever it finally, actually, gets published here.

oh, and a question—was nails mckenna in Bull Mountain? i feel like i should remember a character like that, but i honestly don’t, and he is balls-out fantastic.

**********************************************
i do not understand the publishing history of this book. the UK, head of zeus release was a year ago and there are promises of a summertime 2018 US release in this article, which happened? didn’t happen? but then there’s a feb 2018 putnam edition listed here on gr? but is maybe a ghost? and then bn and netgalley and other sources seem to be listing the official US release as april 2019, with st martin’s. i don’t know what to believe. all i know is that i was waiting for this book forever, and some of you fine folks seem to have gotten your hands on it long ago, which would ordinarily make me very jealous but it’s on netgalley now, so that would be a pretty foolish waste of my jealousy.