You have scars you lie about and scars you tell the truth about.

a memoir in second person?? what a country!

not only is this told in second person (where you have experienced some truly horrible shit, my friend), but it’s also told in nonlinear, occasionally contradictory snippets as roberge, who may or may not have CTE; that condition football players get from being clonked in the head all day, featured in that movie where will smith tries really hard to win an oscar by saying his line twice for emphasis

and also depicted by treat williams on SVU: 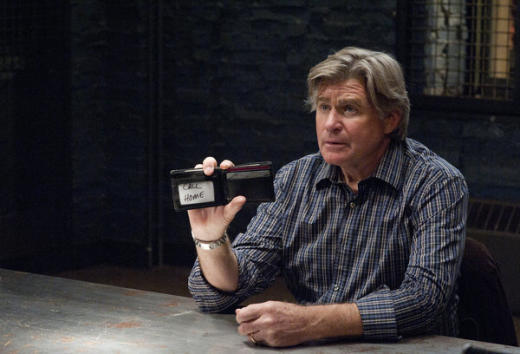 and which can only be diagnosed in an autopsy, records his memories in case he starts forgetting huge chunks of his life due to his condition. yes, i made a mess of that sentence, breaking it up with all those pictures, but i regret nothing.

along the way, he begins to realize how many of what he’s always thought of as memories might be misremembrances, flat-out lies to shore up the mythology he’s constructed about himself for others or his ownself, or told because he’s ashamed about not remembering so much of his life prior to the maybe-CTE diagnosis, simply because his lifestyle of excess:

You don’t remember how you get a lot of your scars. You wake up for years from drunken and drugged blackouts with deep bruises and gashes and cuts. Friends tell you how you got some of them. Others still remain a mystery. You have told a lie about almost every one of them–whether you remember how you got them or not–to friends, to people at parties and in bars, to lovers who see you naked. Sometimes you tell the truth. Someone will ask about one of your scars and you will say you have no idea where it came from, and you feel better for having told the truth, but worse and deeply regretful that it is the truth. That you have wasted so many years of your life. That for years you only knew what you had done the night before because a friend or lover would tell you.

it must be said that rob roberge is not a professional football player and that his possible CTE would be a result of concussions occurring while playing basketball as a teen, head-slamming seizures while intoxicated, an industrial-sized can of hot fudge falling on his head when he worked at häagen-dazs… make a movie of that, hollywood!

on top of the repeated head trauma and the addictive personality leading to roberge’s overindulgences in alcohol, drugs, and casual sex, this guy’s also got a serious bipolar condition for which he mostly takes his medicine but which still causes him enough manic episodes during which he remembers nothing to be more than a minor inconvenience. his situation isn’t always common knowledge even among his friends and loved ones, so these episodes can be misinterpreted by others at great personal cost.

but at least it sounds pretty:

It’s like the MRIs you will later see of your brain. The bipolar brain lights up and fires differently than a normal brain. At your particular baseline — which is a state known as hypomania — your brain looks like a lovely planet covered with an electrical storm. A green-and-red planet with glowing white-hot veins firing, connecting everything. It looks incredible, impossibly beautiful. It’s where all your trouble lies.

going into this, i was actually bracing myself for this guy to be more of an asshole. when you couple addiction with a brain chemistry that gives you the equivalent of a blackout experience where you’re unmoored from restraint or typical standards of behavior, well… anything can happen, and usually it’ll fall on the side of “dickish,” as unintentional as it may be.

and maybe Home is Burning lowered my standards of ‘dickish’ to a dangerous level, but this guy’s shitty behavior wasn’t shitty enough to make me uncomfortable while reading this book, and he was actually funny as opposed to dan marshall, whose desperate clownishness made that book such a drag to read.

this one, on the other hand, just flows in a delightful way. i’d been reading a book i just couldn’t get into, so i picked this one up before bed, intending to read a chapter or two to get a sense of it, and i ended up staying up until 5 in the morning and finishing the whole damn thing. the fact that it’s mostly written in these little bite-sized fragments makes it incredibly zoomy to read, and you’re propelled from one little chunk of a memory, one filed-away statistic, one anecdote heard along the way, one fragment of life after another, not even necessarily connected by anything obvious, mirroring the way things float your own head, with your own memories. i mean, i assume. i don’t know your head.

here are a few samples so you can get a sense of it the way it moves, but they’re not necessarily in the book-order or even the complete snippet. i’ve selected to suit my own tastes and interests.

You are nine years old. You have saved your money from allowance and mowing lawns and harvesting potatoes at Johnson’s Farm, and you have purchased Bruce Springsteen’s Born to Run at the Sam Goody at the mall.

A friend tells you that in twenty-three of the last twenty-seven ring deaths in professional boxing, the father was the cornerman.

It makes sense. A fighter in trouble would never quit on his father — no matter what kind of relationship they had.

And a fighter unable to protect himself is too far gone. By the time a punch can kill you, you’re not even conscious enough to quit. The fighter is helpless. Only the cornerman throwing in the towel can save him.

If Audrey Hepburn shaved her head and looked like you should never, ever fuck with her, she might have looked like Michelle Easter. You are smitten. She, at best, doesn’t seem to be.

Knowing something may make it a fact, but feeling something makes it a truth. And the truth is you are trapped. You have nowhere left to go that doesn’t make you feel like your life has added up, in the end and despite some great moments, to you being a loser who just can’t stay clean. Who can’t keep people happy. Who can’t function in this world. You’re done. Defeated.

You are in love with Lisa, who once left you for a woman but is now sleeping with you again, and she has always wanted to fuck on a bed of rose petals. She has had this fantasy for years. The night before her birthday, you and your friend Nick pull every last rose from the Boston Common. You pay Nick with a baggie of pot and he wanders off down Charles Street. You put the clipped rose heads in five-gallon paint buckets and carry the buckets over to Lisa’s apartment and you pluck all the petals and spread them on her bed before she gets home from her late poetry class.

It does not end well. Roses have insects. Lots of them.

But at least you tried. And you showed Lisa that she most certainly did not, from then on, want a bed of rose petals.

in a way, this book reminds me of The World is on Fire: Scrap, Treasure, and Songs of the Apocalypse, in which personal memoir alternates with history, pop culture, song lyrics and all sorts of other stuff in a poetical-slipstreamy journey about … endings, i guess. joni tevis doesn’t write hers in nuggets like this, but the unexpected connective tissues between her associative leaps are similar and they stir the same dream-logic parts of the brain as this one. Liar is earthier and ruder and more debauched than tevis‘ focus, but it definitely awakens the same mind pockets. in me, anyway. again, your brain differs from my brain. and is likely better at math.

fast, funny, and not too douchey.
what more could you want from a book?
let’s call it a four. i’ve been feeling very four-y lately.

3.5-4, somewhere in there. i’ll probably figure it out while i’m reviewing it. which is coming. LGM.