How to Move Spheres and Influence People by Marko Kloos
My rating: 3/5 cats

It’s like looking at the curve of the sphere throws a switch in her mind, one that wasn’t there before. It’s not as strong as it was the first time around, but when she feels the curvature of the ball with whatever new sense her brain has flipped on with that switch, that feeling of deep satisfaction comes back, and she knows that it wasn’t a momentary thing. It feels like she’s holding that sphere in the palm of an invisible hand, one that’s much more strong and limber and precise than her own.

T.K. laughs with relief. Then she picks up the ball with her mind and flicks it halfway across the court to the basketball rim on the far end. The ball hits the rim and bounces off. Before it can hit the gym floor, she picks it up again without effort, raises it slowly, and dumps it straight through the hoop.

She has superpowers. She’s a damn ace.

another day, another wild cards notch on my belt.

fifteen-year-old lintilla, who prefers to be called tk for obvious reasons, is a rich girl with a paralyzed arm and the preferred dodgeball-target of her school’s mean girls coterie until she discovers she can use her mind to shift the oncoming ball away from smashing into her, which is an excellent superpower to have if people are always throwing balls at your face.

experimenting with her powers, she soon learns that she can control any spherical object: basketballs, marbles, ball bearings, bbs, lots of bbs at once, but in doing so, she causes a lot of property damage and realizes that what appeared, at first, to be a fun party trick could also be a dangerous weapon if she loses control.

tk is amazed by her own power and a little horrified by its destructive potential, but not too horrified to take advantage of it for some sweet dodgeball payback.

after this fun, frivolous introduction, the stakes are raised and the story plays out in the same general shape as the other ya-feeling WC story i read, The Thing about Growing Up in Jokertown: young girl uses her powers to stop a criminal and suddenly she’s the center of attention.

unlike Jokertown, which was a feelgood story through and through, this one touches on the less-positive repercussions of the powered lifestyle—tk is interrogated by the authorities, subjected to invasive media attention, deemed a distraction and a danger by her school, and all of the suspicion and scrutiny lands her right back to being an outsider freak again, only now it’s for her power rather than her disability.

She skipped right from disabled to too-abled, without getting to spend any time in between at just abled.

but then she meets someone offering her an opportunity to use her powers towards the greater good, opening the door to a future she’d never imagined (which eventuality may or may not be covered in other wild card stories—i’m still new to the WCverse, so i’ve no idea).

in any event, she’s still a teen, so while she embraces her destiny by locking down her new superhero name View Spoiler »slapshot « Hide Spoiler, she’s entitled to a few more years of goofing off and flinging tennis balls around with her mind before she’s gotta become a working hero.

a lot of superhero stories use the isolating nature of powers as metaphors exploring the experience of otherness; sexual identity &yadda, but i love how this particular transformation reads more like a judy blume-inspired story about menses:

“So you basically suck for not telling me about this earlier,” Ellie says over the phone. Ellie has been T.K.’s best friend since kindergarten—their families have been friends since T.K. and Ellie were toddlers—and Ellie is one of the few callers who makes it through the mom-and-dad screening vanguard today.

“You found out at school?”

“Yeah. In the middle of gym class.”

T.K. gives Ellie the condensed version of the week her card turned, leaving out the part where she accidentally found out that she’s basically a walking weapon of mass destruction now.

and we are, ladies. make no mistake. 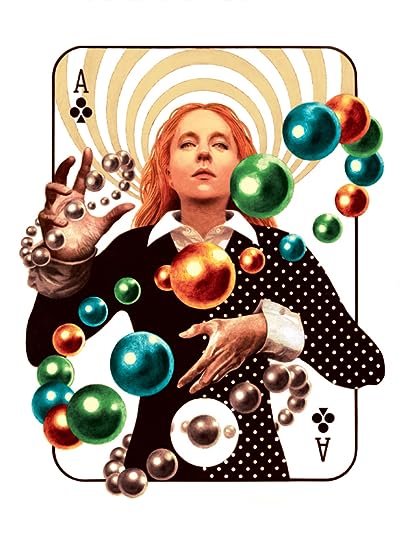