extry points given to me, by me, for piggybacking this onto my october is spoooooooky reading goals.

As in so many fairy tales, the cruelest part is often overlooked. It’s not the depravity of the witch, but the mourning of the poor woodcutter over the loss of his children.

this is a breezy-fast horror novel with a phenomenal hook and weak characterization – it’s like a 400-page nick cave song where everything goes bananas at the end.

i liked the premise and atmosphere in this one more than enough to overlook its soft spots and once it starts panning back so you can see what’s actually going on, you realize that the characters are the celery on the crudité platter – no one’s remarking on how good that celery tastes, it’s just the thing providing structural support so you can get the delicious dip into your face. where ‘dip’ = ‘concept.’ and ‘your face’… well, it’s still your face. it’s not my finest metaphor.

it’s a dark and fairly astonishing story. it’s so deadpan, direct, expository at the beginning that you trust it implicitly, confident that you have the lay of the land – but reader assumptions built upon character assumptions = a passel of asses.

it’s about a small witch-cursed town called black spring whose residents have long been suffering for the ancestral sins of their town’s founders, who were cruel to the wrong woman back in the 17th century, and her punishment for this mistreatment has been echoing down the years ever since. the punishment may not look like much – just the constant physical presence of katherine van wyler; eyes and mouth sewn shut, walking through the town as a silent judgment and symbolic reminder of the town’s shame, but touching her, listening to the words she is constantly whispering around her mouth-stitches, leaving town for more than a few hours, most of the time this results in a sickening despair and a brutal suicide for the toucher/listener/leaver, but it can get worse. much worse. 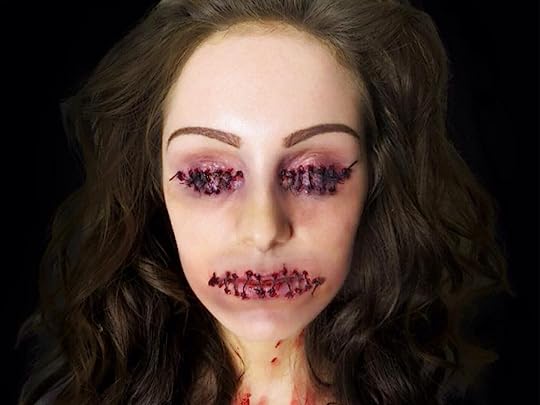 and, sure, the town has mostly adapted to having the corporeal manifestation of a 17th century witch in their midst, as one does – regulating the flow of outsiders, keeping those borders tight, setting up a high-tech control center with cameras and a citizens-on-patrol app for reporting katherine sightings so she is fully monitored at all times and can be maneuvered out of the path of any unsuspecting tourist so she’s only their own dirty little secret, and like anything else made less-formidable by familiarity, black spring has become pretty casual about it all, have let their collective guard down. and that’s when the fun can really begin.

this was written in 2013 and originally set in a small dutch town, and i really liked this part of the author’s afterword:

before i came to nyfc for school, i was a new england girl, which is a much-haunted land: you got your salem witches and your headless horsemen and your houses with more gables than is strictly necessary and ghosties galore. and, much like the residents of black creek, there’s a certain resignation that comes with that territory, a ‘ghosts *shrug* whaddare ya gonna do?’ attitude that i thought was perfect in this book and won me over from the very beginning. 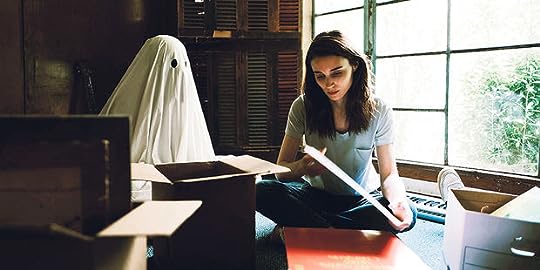 it’s not a perfect book – again, the characters are just there to move the plot along, there’s a sexual assault in the jail that seems unlikely and gratuitous, and it doesn’t quite commit to exploring all the doors of its own reveal, but it’s winky-clever and surprising and it just explodes into smalltown mass-panic chaos at the end like stephen king writing salem directed by michael bay.

it was fun and fast and creepy – i’ve never understood why witches were supposed to be scary; they’re just…magical ladies. but i would not want to live in this town, with this witch. or these people, for that matter. i’m glad i finally got around to reading this one.

one more essplosion for the road: