When you’re rich, you can control anything. Except the richer.

it must be so boring being rich, i mean being SO rich that the possibilities are literally limitless, where being able to just…have anything you could ever possibly think to want removes all of life’s challenges.

but if you’re rich AND a sociopath, you can make your own challenges, like the challenge of ruining the lives of others.

graham herschel and his mother margo are two such sociopaths, taking extreme measures to avoid becoming weighed down by the ennui of their extreme wealth. margo lives with her beloved dog bean in a massive castle-like edifice towering imposingly on the edge of a cliff overlooking the hollywood hills. graham and his wife lyla also live on her sprawling property, in a slightly-more-modest home plopped on top of a subterranean guesthouse that they oh-so-charitably rent out to self-made, new-money tenants.

however, these unfortunate tenants will become unwitting participants in the winner-take-all game graham and margo have been perfecting for years. the roots of this game began with margo devising new and exciting ways to crush the spirits of overfamiliar staff for her own amusement, but when graham was old enough, she looped him in and it evolved into a competition between the two, taking turns in an ever-escalating display of power and inventive cruelty.

The game is simple, in theory, but in practice it always gets messy. The tenant is the pawn. The landlord is the player. The family is the audience. We observe from a distance, talk it over at private dinners.

the game is won by destroying the tenant’s reputation, career, relationships, health—whatever they have that can be destroyed, will be destroyed.

Everyone is playing a game all the time. It only matters when you’re losing.

graham’s wife lyla has always been a passive spectator to these games, never a participant:

I don’t want to play. It’s different when it’s them, when it’s something I see at a distance. Something I am aware of, but can easily ignore.

however, she inadvertently ruined the last game by getting too close to the tenant; by having the audacity to befriend the prey. 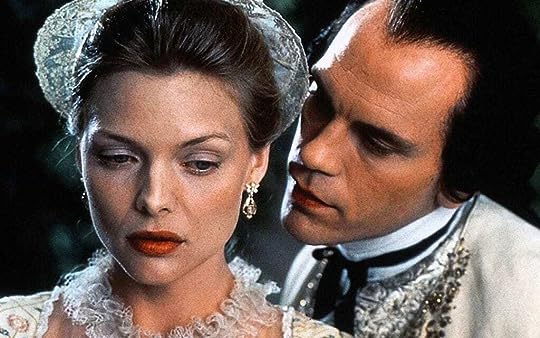 The most important rule was no interference—not because anyone was afraid of losing but because rich people can’t deal with any conflict they didn’t create. In fact, it’s almost impossible to “lose” the game because the players have all the advantages, and the tenants have no idea they are being played with. It’s very much like hunting. You don’t walk into the forest and punch a deer in the face. You have a gun, a deer stand and a bloated sense of your own virility.

lyla’s genuine affection for the last tenant caused her to break this rule, and her interference—warning her friend of the danger she was in—undermined graham’s plans. although the goal was technically achieved and things certainly ended horribly for the tenant,

her inevitable destruction occurred outside of the game’s parameters, resulting in a hollow, unsatisfying victory. boooo.

now, part punishment/part test, graham and margo have decided it’s lyla’s turn to play, and she’s determined to Do a Good Job in order to prove her loyalty and rekindle graham’s flagging interest in her through the aphrodisiac of cruelty.

but she didn’t count on demi golding.

after a long slow decline in her life’s prospects, demi finds herself homeless and desperate, so when an opportunity to improve her situation presents itself, she has no qualms about grabbing it with both hands—putting the “con” in “economic disparity” by assuming someone else’s identity and moving into the curs’ed guesthouse, unaware of what the herschels—what lyla—has planned for her.

but if there’s one thing she’s learned from her hardships, it’s how to survive.

demi doesn’t need to be warned of the danger—her whole life has trained her to expect that someone will try to knock her down.

The trouble with living a hard life is that you start to see the world differently. Your mind and your instincts and your outlook are forever altered by negative experiences. You expect bad things to happen. When you’re crossing the street, you imagine every car veering to hit you. You plan escape routes in tight alleyways. You think, What would you do if that man—that one, right there—suddenly punched you? Would you hit back? What weapons are at your disposal? What are your emergency exits, safety nets?

Oddly, this leaves you less prepared to deal with bad things when they do happen. You have become accustomed to not trusting your instincts. You are so used to telling yourself that it is all in your head that you can’t tell when it’s not.

surrounded by new comforts and the opportunities that are suddenly unfolding before her, demi is braced for discovery; for everything to be taken away from her again, but she’s also prepared to fight to hold onto everything she’s managed to scrabble together.

I would rather be in a rich person’s hell than a poor person’s heaven.

And I am so fucking close.

the novel alternates between lyla and demi’s POVs, where both women are revealed to be complex and flawed and full of secrets.

lyla is so profoundly narcissistic that it’s tempting to wanna see her taken down a peg. although she’s far more sympathetic than either margo or graham, she’s still a nightmare person living in an unpoppable vanity-bubble:

I stop to check my reflection in the full-length mirror. Sometimes I am scared by how beautiful I am. Every inch of me is buffed and primed. My face hangs exactly right. My muscles are taut and organized. I am scared because I don’t want to lose it: the shaped nails, the tip of my nose, the sapphire glow of my eyes. I am sad because I want everyone to see it, but I don’t want to see them. I want them to know how lucky I am but I don’t want them to have access to me. It’s a real problem.

as deliciously vapid as she is, she has a clear-eyed view of what graham is and is not, and there’s more to her than meets the eye.

Everything is shallow with Graham: his looks, his thoughts, his actions. And there is something so attractive about that, the lack of depth. No hidden parts. No secret baggage.

this is a terrific cat-and-mouse thriller full of venom and deplorable characters,

and for the most part it’s highly enjoyable froth, but there’s a sharp-toothed fineness in how the author handles demi’s assimilation into the privileged life and how quickly she begins to take its comforts for granted.

…there is something about having things to lose that makes me afraid in a different way. I used to be numb, accepting everything that came, but now I feel almost more vulnerable.

in her life, she has learned that Failure is just like success: It doesn’t happen overnight, but here, she has been transformed overnight, and if she hasn’t technically achieved success, she has certainly achieved its trappings, discovering the transformative power of wealth; how it consumes, insulates, softens everything; how it makes problems disappear, and how quickly it makes the memories of struggle no matter how intense, fall away. and if her path to stability has been morally questionable, well, she’s not the only one.

I want to tell him I am just like him now. Except I earned it. I earned it the same way every rich person does: by stepping over a body.

this is a zippy thriller that escalates into an extravagant chaos-party that’ll leave you with plenty of moral ambiguity to chew on by the end.

i had a great time with this one, because rooting for terrible people is one of my weaknesses, and i’d apologize, but

i received a free ARC from macmillan in exchange for an honest review &yadda &etc.

that review is coming…