Dare Me by Megan Abbott
My rating: 4/5 cats

megan abbott knows all the secrets of being a girl, and she keeps on spilling them, book after book.”it’s fun to be a girl!!” nah, man, it’s not. have you ever seen the feet of an actual ballerina? View Spoiler » 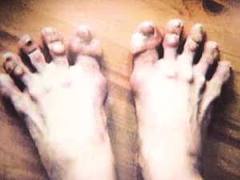 « Hide Spoiler it’s like that – underneath all the pink frills and the careful make-up, there is a horrorshow waiting to be revealed, and it’s anything but soft and pretty and elegant.

this book is neither her girl noir nor her coming-of-age style, but some sort of seam where they both meet. the back cover claims this is “a fight club among cheerleaders”, which isn’t bad, but it reminded me more of Eating The Cheshire Cat, a book no one has read, and so unsuitable for a tempting comparison, but whatever.

this book is much better than that one, anyway.

this is a thriller/murder mystery tucked into a more interesting story about what happens when a group of young girls falls under the spell of a charismatic leader, in this case, their new cheerleading coach. it is about competition and burgeoning sensuality and the long long memories of teenage girls.

but this is megan abbott restrained. it is as though someone told her to use fewer pretty words and focus on the story.

that doesn’t mean she doesn’t occasionally come out with this heart-stopping shit:

My question is this:

The new coach. Did she look at us that first week and see past the glossed hair and the shiny legs, our glittered brow bones and girl bravado? See past all that to everything beneath, all our miseries, the way we all hated ourselves but much more everyone else? Could she see past all of that to something else, something quivering and real, something poised to be transformed, turned out, made? See that she could make us, stick her hands in our glitter-gritted insides and build us into magnificent teen gladiators?

abbott has done something here for cheerleading, for the athleticism of it. i didn’t come from a high school where cheerleading was any big deal. pom poms and butt shaking, short skirts – nothing to make you sit up and take notice.

but these girls are single-minded, furious. and under the leadership of coach french they are indeed transformed into machines, into bodies that respond, into an ostensible hive-mind that is all trust on the surface, and all back-stabbing behind the scenes. and these girls can fly.

a really nice touch is that, in this book, the girls aren’t the beloved centers of the high-school hierarchy. they are not the popular girls. the rest of the school pretty much sees them as frivolous bitches and don’t really interact with them, so their entire social experience is lived within this squad, making their allegiance even tighter, but also intensifying the rivalries.

never has a book made me feel so…fat. i have read a ton of books where characters have eating disorders, but they usually just make me hungry. this one – these girls are so strong and so starved, living on tea and hydroxycut and cigarettes. chewing muffins and spitting them out as a real treat. and yet they are capable of so much sheer power, despite so many instances of near-fainting. but i felt like a complete potato the entire time i was reading this. thanks, megan abbott!

still, i can forgive her when she breaks my heart so easily:

She has so much pride that, even if I’m weary of her, of her fighting ways, her gauntlet-tossing, I can’t say there isn’t something else that beams in me. An old ember licked to fresh fire again. Beth, the old Beth, before high school, before Ben Trammel, all the boys and self-sorrow, the divorce and the adderall and the suspensions.

That Beth at the bike racks, third grade, her braids dangling, her chin up, fists knotted around a pair of dull scissors, peeling into Brady Carr’s tire. Brady Carr, who shoved me off the spinabout, tearing a long strip of skin from my ankle to my knee.

Tugging the rubber from his tire, her fingernails ripped red, she looked up at me, grinning wide, front-teeth gapped and wild heroic.

How could you ever forget that?

such a casual paragraph that distills everything about young-girl obsessive relationships and their growing-apart. this is what i wanted more of.

When we’re walking out, I look back at him, and his face looks troubled, like years ago, eighth grade, and my dad, who no longer bothers, watching me as I left the house with Beth, our bodies suddenly so ripe and comely and there was nothing he could do.

parents are non-entities throughout this book. beth’s mother is given maybe two pages of ineffectual page-time, and at one point, addy’s father leaves her a note. these are girls finding their own way, going wild and living a glittery version of thug life, whose foundation is cheerleading. theirs are lives lived in a constant state of manipulation, where they anticipate each other’s next moves with slitted eyes and the mental acuity of chess players. on-court, their actions are all about trusting each other not to let them fall, but off-court, it is a different ball game altogether.

and the arrival of coach french and all that happens just fans those flames into a bonfire.

i know i have only given her books four stars cats, but that’s because i am waiting. she has quickly become one of my favorite authors, although this one is my least favorite of my four-stars cats. it is a great psychological thriller that is at the same time “a harrowing exploration into the dark heart of the all-american girl,” but it doesn’t have those claustrophobically packed sentences that i have loved from some of her other books. and for most people – that would be an improvement, but i love writers who manipulate language like she can – who give you everything in a sentence – who stretch their prose to bursting. this is more streamlined and conventional, in that way. the story itself is a better-than-average thriller that forces the reader into uncomfortable situations and offers plenty of twists, but it didn’t make me howl.

and why oh why is she listed as a “young adult” author on here? i do not want to use my librarian powers to change this until i know for sure that there is a good reason. she does not write YA. her noir stuff is definitely not YA, and this one and The End of Everything, while they feature young girls at the center of the story are in no way suitable for the YA audience.

that’s tricky, right? because she captures everything about teen girls that is vicious and tender and lost and confused and deeply sexual, but it is through this filter of knowing adult sensibilities that i think would be completely inappropriate for a younger audience. although i still feel it is scarily accurate in its depiction.

although i think if she did write YA, she would be amazing at it. i think she could foster an entire generation of strong, cool, toughgirls. 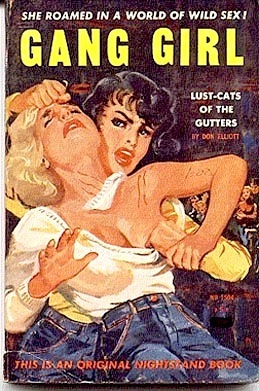 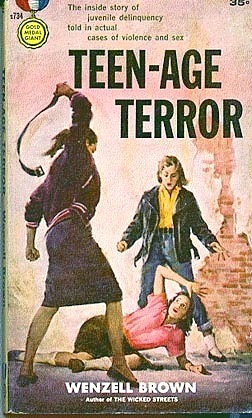 but classy, you know? 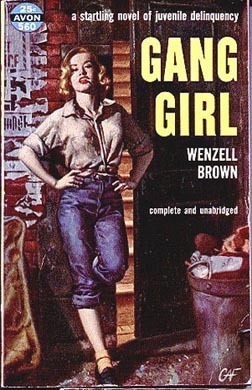 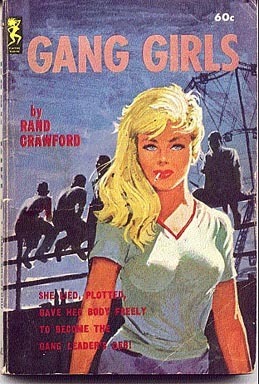 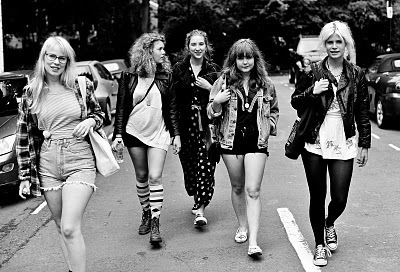 so i don’t know… maybe she should be listed as YA after all…bring on the girl gangs!