Close to Shore: The Terrifying Shark Attacks of 1916 by Michael Capuzzo
My rating: 4/5 cats 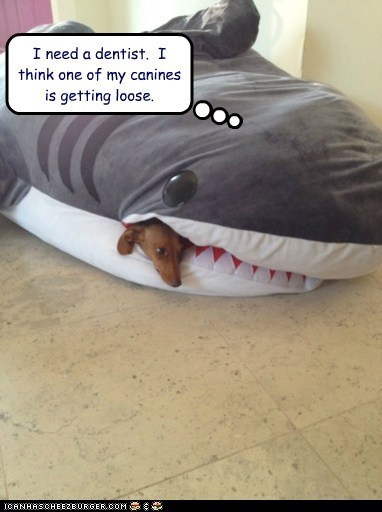 every august, i get totally amped for shark week. and yet, i have not seen jaws since i was seven. (although i have seen open water both one and two. skip the second one – it is a complete waste of time). but the events in this book are the ones that inspired the movie jaws, so it is particularly awesome.

sharks are the coolest of all apex predators. they will just bump you with their nose to see what you are and if you are delicious, then they will scraaaape you with their crazy rough skin, and then the ensuing blood will make them go buckwild and they will eat your leg. it is the most delicious frottage.

this book is great, but there are too many teases throughout. in a shark movie, when you see a swimmer separated from the herd – that swimmer is totally going to get noshed. in this book (yes – in the real world) several people do not, in fact, get noshed, which is frustrating because you get all tensed up and ready for noshing to happen, and then there is the letdown of no nosh, as the person simply swims toward shore to safety. who cares about people who in 1916 could have but didn’t get eaten by a shark? this should be a drinking game; will this person who we are following for 8 pages get eaten or not?? there should be more reading-related drinking games.

but the book is really good at placing the events in a particular historical context. everything you ever wanted to know about the time period: what was stirring in europe, what music the kids were listening to, what was happening in the world of women’s bathing costumes, what medical practices were like at the time – it is very comprehensive in a way that is fascinating instead of feeling like school.

plus, this particular shark is breaking all the rules – leaving the ocean to swim through some freshwater tributary to mangle some kids swimming in their local crick – WHAT THE FUCK!!?? worst shark ever!

there is this line, which is a giggle at the movie of jaws: “had they intended to hunt the rogue shark, they would have taken out a larger boat”

but then there is this line, which worried me: “that same morning in spring lake, the soul of (no spoilers here!) was committed to eternal life at a funeral service…” i mean, not to quibble, but isn’t the expression “committed to eternal rest??” because otherwise it makes it sound like that shark was a zombie shark and everyone knows those are the worst type of sharks.

they will come for you anywhere: 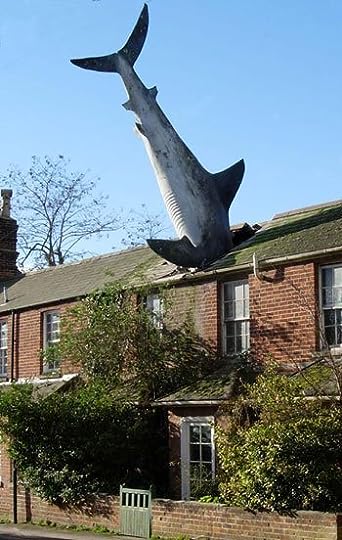 by the end, i was beginning to feel almost sorry for the damn shark. it was just trying to survive in a world where there wasn’t enough food, and it went through all sorts of unexpected trials only to end up captured, killed, and stuffed. i had less sympathy for the people who got bitten – that’s what you get for swimming in the toilet of a billion sea creatures,full of pointy shells and jellyfish. gross.