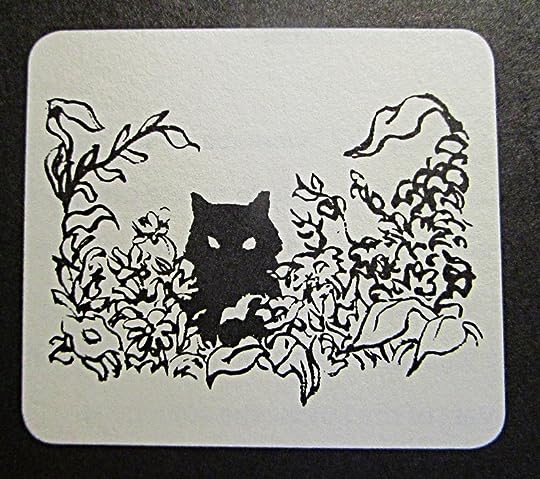 when i first came across a listing for this book in the publisher’s catalog, i got wicked excited, and then spent several months in this loop where i would forget when the pub date was, check to see if it was available, deflate with disappointment when it was not, and then lather, rinse, repeat until i stumbled upon it by chance when browsing the pet section one day, whereupon i bought it immediately.

so i don’t know if my lukewarm response to it is like, inversely proportional to my anticipation of it or what, but for a book about cats, it did little to charm me. if you’re a book about cats, you already have 40% of my attention, you just gotta sustain it. 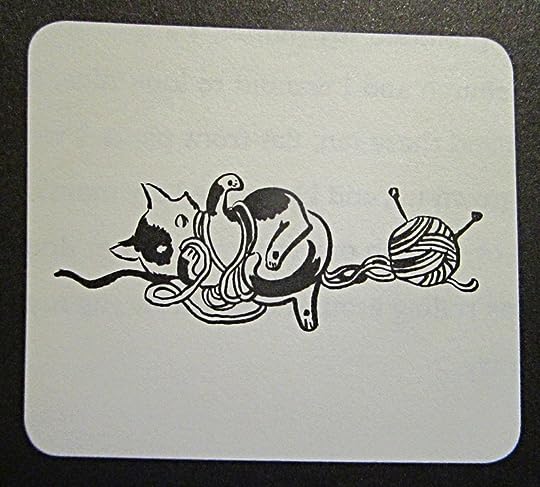 the author has certainly come into contact with a lot of cats during her life – her own, those belonging to family, friends, neighbors, or belonging to no one at all. and she remembers at least one thing about each of them, but most don’t really add up to much more than an anecdote.

bearing in mind that it was a collection of remembrances of cats from her whole life, i was prepared for the inevitable sad parts. and there were a few of those, but not nearly as many as i’d expected, mostly because the stories were frequently only a page-and-a-half long and covered very little. this isn’t à la recherche du chats perdus.

some of the ‘essays’ are sweet, or touching – particularly the stories of trixie, the author’s cat-companion of fourteen years, but in a lot of them, the cat’s actual presence can be summed up in a single sentence: this cat lives in a bookstore i like, i lived in ireland and this cat did, too, i miss my old roommate, she had a cat, one time i went on a zine tour and stayed at someone’s house. she had a cat. <—that story is particularly galling, because here’s the cat-part:

To be honest, I don’t remember much about those cats at all, just that the grey one was called Grayson, which I thought was cute.

i have no problem with millennials thinking their lives are interesting enough to turn into a book. just don’t trick me into reading it by bait-and-switching me with the promise of a collection of charming cat stories. this is memoir with occasional cats. one of the stories is about a plastic statue of a cat her grandma had.

to be fair, some of these are true cat stories, filled with cats, and there are awwwws to be had. but overall, i’m not sure why this book is.

i mean, hooray for small presses and all that they do, but while grassroots and DIY and zinesters are all authentic and admirable ways of being and doing, there’s just something artless and unfocused about this book. it’s a shame, because it’s about 2/3 of the way to being good, and it just needs to be more…book-shaped.

her drawings are cute; 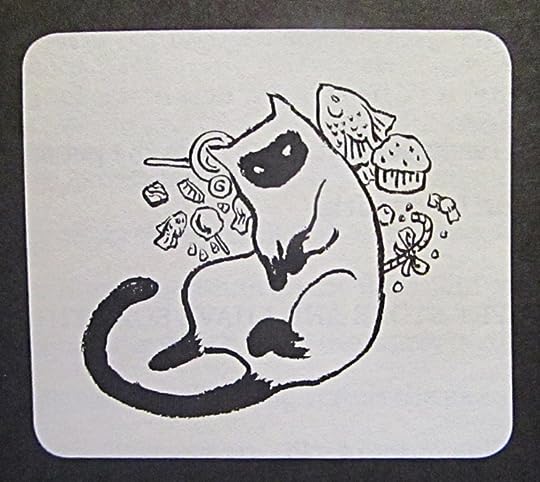 she gets cat posture and mannerisms, 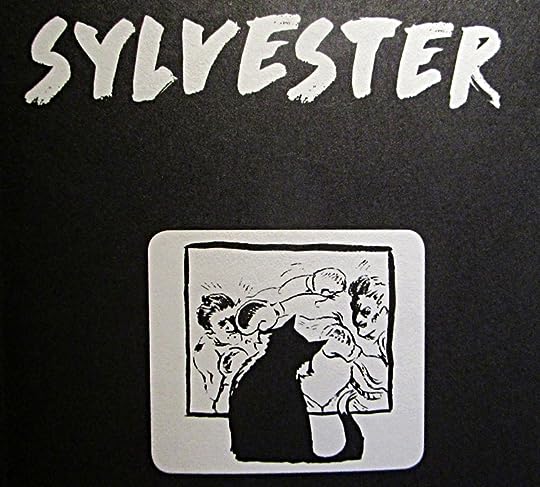 and if she had structured this as a graphic novel it could have been really fun, but since the text is taking center stage, it needs to hook the reader, and this didn’t hook me. much. if you’re marketing this as a book about cats to an audience of cat-lovers, the cat needs to be what drives the story, not shoehorned in as a prop. for example, take the story of sister eustace, the author’s school librarian/nun who had a pet cat that she would occasionally bring to school. the story is two-and-a-half pages long, and only one paragraph is about the actual cat, whose name is never even given. the story is mostly about how mean sister eustace was, how weird it was that she was allowed to own a cat, and then, after some general musings about nuns, the chapter abruptly ends with, I stroked her cat’s fur once and it bit me.

there’s certainly an audience for stories about a nun’s pussy, but that one does not deliver.

it just needs direction. it feels like a party game called “list all the cats you have ever seen” that was expanded to book-length by injecting personal-detail-filler.

like i said, it’s 2/3 of the way there, it just needs to be weeded a bit, quantity giving way to quality, ditching the stories that don’t work, polishing the ones that do, cats taking more of the spotlight (which is only as it should be), and it needs a better structure. the book has 43 chapters, each about a specific cat or clowder of cats. but there is also a recurring, ongoing narrative arc about the family of feral cats who were living in her backyard while she was writing this, known as (in yet another instance of semantic bleaching) “the backyard saga,” which takes up four chapters, including the introduction to the collection:

which is great – have your standalone cat tales, and use the unfolding present-day story as a framing device to tie the whole project together and make whatever point you wanted to make by writing this book in the first place. but it misses the mark completely – the “saga” is just another story, with no unifying component, no context, and it doesn’t even function as a proper framing device structurally, because “on and on” is the penultimate story, followed by #43 Cat’s Cat, a *fascinating* paragraph-long story about the author’s human friend named cat who dropped acid one time and spent the night talking to beauregard, her pet cat, during which he told human-cat that his real name was Mister Sister.

and then the book ends. 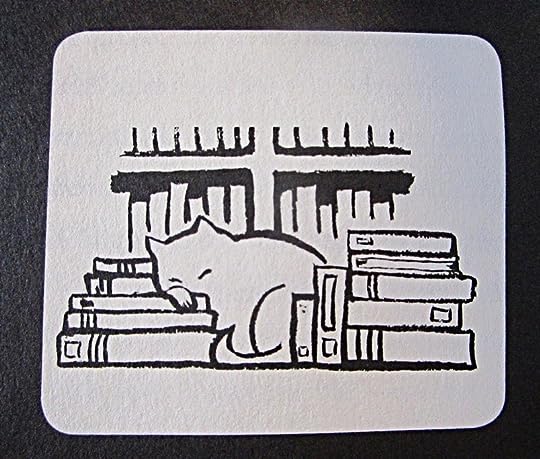 with neither a bang nor a whimper but a furrowed brow of “so that’s it, then?”

it turns out i am angrier than i thought i was when i sat down to write this. oops. quick – PET SHOP KITTEN PARTY!!! 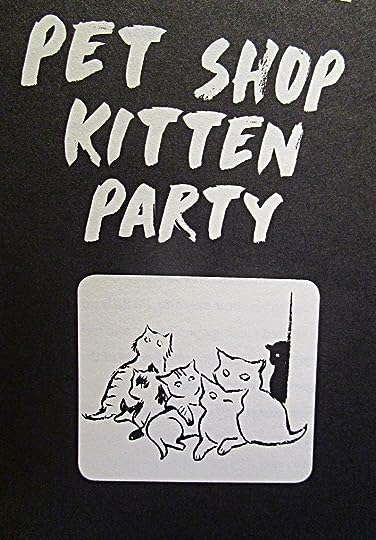 it’s not terrible, but it’s not the cat book i’d been looking forward to reading for all those months. it’s a medium.