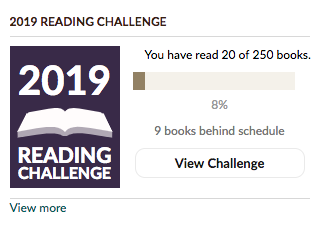 as you can see, i am very far behind in my reading challenge, and this book is largely to blame. i have been looking forward to this book for a whole year, and i’d planned on spending the day of its release reading all 620 pages cover to cover, with occasional breaks for restorative snacks. that was the plan.

instead, this took me nearly a week to get through. it’s certainly possible for a human to read it in one very intense day, but it would not have been enjoyable, to me. this is a book that needs to steep and settle; you need to live in its world for more than one day.

it is my favorite kind of book: brutal situations, written beautifully.

it’s as violent as The Book of Night Women, as sprawling and circuitous as A Brief History of Seven Killings and someday i will read my copy of John Crow’s Devil so i can provide a third simile here.

it is a dense book, and i can see it losing some readers along the way. marlon james is a phenomenal writer, but he has no interest in holding your readerly hand. keep up or don’t, it’s all the same to him. his books aren’t difficult to understand; the challenge here isn’t tied to his language or concepts, both of which are very approachable, but in your having the patience to see the big picture he’s tossed you somewhere in the middle of.

You have come for a story and I am moved to talk, so the gods have smiled on both of us.

and the imprisoned tracker will talk – telling all the stories that brought him to this place, and all the stories he heard along the way. so many stories, so many characters, so many digressions tucked within digressions, all hiding tricky sticky things whose import you won’t understand until much later.

but what of the child, whose death tracker gleefully reports on the very first page, the little boy who disappeared and whose safe return was so essential to the future of the kingdom that tracker and a ragtag band of mercenaries, shapeshifters, witches, etc. were hired to locate him and bring him back? what about him?

as tracker will accuse another character, ”Right now, your story has meat where you will not talk, bone where you do.”

james will make you work for his meat, but even his bones will satisfy you.

and so will his filthy double entendres and euphemisms, if you’re into that sort of thing. i sure am.

there’s a lot here. i’m still kind of reeling from it. i don’t have a strong epic fantasy background, and going into this – despite all the maps of imaginary realms and the large cast of characters* listed in the front matter, i felt reasonably confident, figuring – ‘how epic fantasy can this really be, coming from a man who has never written epic fantasy before? it’ll just be james trying on an epic fantasy coat to see what it’s like, yeah?’

but no, it’s the real deal. i don’t know where this beast was nestling in the folds of his historical/crime fictiony brain, but apparently there is nothing he can’t do.

don’t get me wrong, there are times i was confused as hell because he’ll mention something he hasn’t yet explained, so you think, ‘wait, did i miss something?’

but it can be a lot to absorb – there are a ton of characters, most of them are unreliable narrators, many of them have special abilities or limitations, and all of them will shift relationship statuses throughout the course of the book from friends to allies to foes to lovers, or a combination plate of those aforementioned things, there are magical doors that my brain doesn’t understand, stories will be told more than once, the devil is always in the details and there are a lot of details. there is also a buffalo. and an anansi/spiderman who jizzes webbing.

but nearly all your questions will eventually be answered.

greg asked me at several points during my reading of this how it was. and every time, to his immense frustration, i would say, “it’s really good.” because, unless you are michiko kakutani, this is a hard book to talk about without sounding like you’re recounting a fever dream. her review is here.

and even though she fails to mention the jizzwebbing, it’s still a much better review than whatever it is i’m doing here.

trigger warnings: all of them. and many that never existed before this book.**

in conclusion, a tremendous achievement. i hope he’s not gonna george r r martin this trilogy, because i’m already ready to give him another week of my life, reading challenge be damned.

play me out, marlon…

* i found it very helpful to read the character list/description at the front before starting each section.

** i take squeamish delight in my own triggers, and this book has both eye trauma AND birds, so ♥ ♥ ♥ for days

nobody loves no one 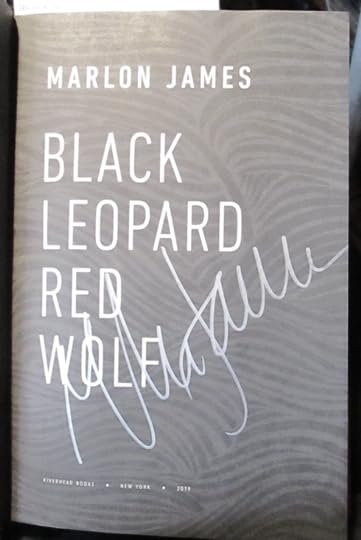 so, when penicillin came ’round, and everyone was all stunned and grateful and, “ohhhhhh, we didn’t realize how badly we needed this!” that’s me. right now. wanting this with a fierceness.