A Love Story by Samantha Hunt
My rating: 4/5 cats 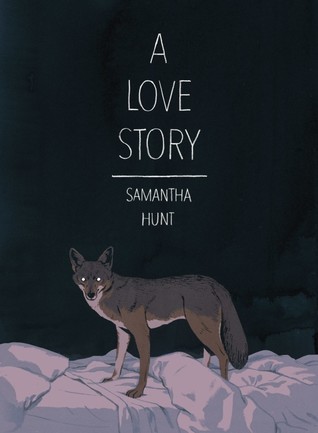 When I was young, I shopped at the Army-Navy with the thought that if I bought these clothes and wore them I would prevent some beautiful young man from being killed in the garments. I’m romantic like that.

as a getting-older lady, this story had some potent, poignant and uncomfortably needling observations to poke me with. unlike the narrator, i am not a getting-older lady who has experienced motherhood, so some of the fears and preoccupations do not apply, but i once had a mother, and i can pretend as well as anyone. probably better. and as far as the disappointment, humiliation, fear, resignation, and unfairness of the world – i can relate to all of that without pretending.

not a bad story for the end of the year, whose last few dwindling days all feel like the rundown to a nervous breakdown, a prolonged 3 a.m. can’t-sleep reckoning and tallying up of the year’s wins and losses and regrets and the hopes that maybe THIS TIME the coming year will be better.

oh, and all of this is absolute perfection:

The men I know speak about sex as if their needs are more intense or deeper than women’s needs. Like their penises are on fire and they will die if they can’t extinguish the flames in some damp, tight hole. Through high school and college, I believed men when they said their desires were more intense than mine because they talked about sex so much. They developed entire industries devoted to their desire. The aches! The suffering of the boys! The shame and mutual responsibility for blue balls. The suffering of the boys. Poor boys, I thought. Poor boys, as if I were being called upon to serve in a war effort, the war against boys not getting any.

The only desire I have that compares to the way men talk about sex is my fervor for rehashing the past. I relive the exquisite pain of things that no longer exist: my father’s jean jacket, my father, Travolta’s 1977 dark beauty, how it felt to be alone in the house with my mom after my siblings left for school, the hypnotic rotations of my record-player spinning the Osmonds and Paper Lace, the particular odors of a mildewed tent in summertime. Memory as erogenous zone.

Then I realized that men think they are special because someone told them so.

Then I realized that I, too, have begun to burn lately, and, while no one wants to hear about middle-aged female sexual desire, I don’t care anymore what no one wants. There are days I ache so badly, the only remedy beyond a proper plowing would be a curved and rusty piece of metal or broken glass to gouge out my hot center from mid-inner thigh all the way up to my larynx. I’d spare my spine, brain, hands, and feet. I’m not irrational.