All Involved by Ryan Gattis
My rating: 4/5 cats

You grow up in the same neighborhood as me, one with a gun store that sells single bullets for twenty-five cents to anybody with bad thoughts and a quarter, then you might end up the same way.

this book is like law and order: street justice (which is a show i would totally watch please)

its focus is on the six days of rioting in LA following the rodney king verdict, and how, with law enforcement distracted and overwhelmed by the looting and burning and general mayhem, the opportunity for gangs to settle scores and enact vengeance for grievances suffered was wide-open.

these are their stories 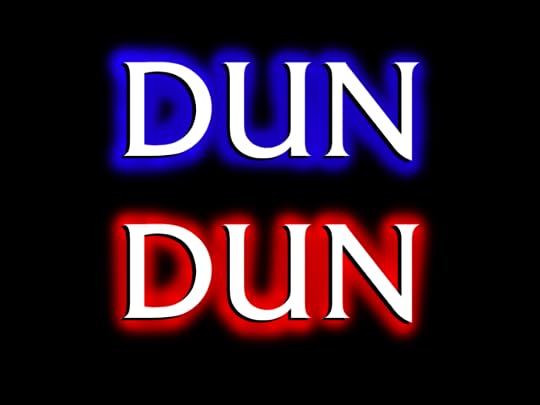 this is some fine crime writing here. and it’s getting all the expected comparisons: richard price, the wire, george pelecanos, dennis lehane, hubert selby jr, etc etc. and, naturally, it’s getting the expected criticisms – the ones where a white dude writing intimately about the innerworkings of a chicano gang is scrutinized for “authenticity” or whatever. as though he is passing this off as a memoir. as though stephen king ever met an actual vampire. i find these kind of criticisms to be very tedious – if you are a good writer and you do your research and you write something that feels true to the reader, you’ve done your job and your racial background shouldn’t matter. richard price, george pelecanos, david simon – those are some very white gentlemen, but they are good at what they do and it’s silly to moan about authenticity when discussing fiction.

david simon is a personal hero of mine, and there are many ways in which this is similar to the wire, most notably in its tracking of action/reaction and the density of its reverberations. over the course of the novel, there will be a series of retributive actions viewed from a number of perspectives, and even the smallest details might be revisited later to provide context or weight as the tragic events play out. it’s powerful, gritty writing both in its characters and its devastating violence, but the style is more journalistic than emotional for the most part.

this book is broken up into the six days the riots occurred (and is apparently being published digitally in six installments before the full book is available), and is presented through the perspectives of multiple characters, many of whom will not make it out of their chapter(s) alive. it begins with the gruesome murder of someone who is not “involved;” someone unaffiliated with a gang themselves, but related to someone who is very much involved. it is a payback killing for an earlier incident, and it is naïvely assumed it will end there.

We didn’t get who we wanted, not Lil Mosco, but we took one of theirs and it was even. My lil sister, your big brother. Fair, I thought. That’s it, I thought.

but as one character later observes:

“Somebody’s always related to somebody, huh?…Or homies with somebody?”

this is more of a slice-of-life than a comprehensive overview of LA during the riots – it is a small-scale story whose focus is primarily upon the chicano gangs operating at the periphery of the nucleus of the riots. there are many voices, both “involved” and not: a nurse, a firefighter, a drug dealer, a tagger, a homeless man, but it’s about the ways in which violence affects and “involves” an entire community, not just individuals who have chosen to participate.

the focus may be small, but it is still a wide spectrum. from those who see the riots as opportunity:

I punch the radio on. I go up the dial and down. Everywhere, it’s news, news, news. Reports. People complaining like it’s not the greatest day on earth, but like it’s a disaster or something.

to those who have to clean up after the fact

… there’s a hidden America inside the one we portray to the world, and only a small group of people ever actually see it. Some of us are locked into it by birth or geography, but the rest of us just work here. Doctors, nurses, firemen, cops – we know it. We see it. We negotiate with death where we work because that’s just part of the job. We see its layers, its unfairness, its unavoidability. Still, we fight that losing battle. We try to maneuver around it, occasionally even steal from it.

it’s a very strong, relevant debut, and while it’s not what you could call “entertaining,” it’s definitely absorbing. and important. it’s violent and sad and upsetting, but it’s not without hope for some of the characters, and it felt authentic enough to me.

not bad, for a white guy.

oh, and maggie liked it, too. 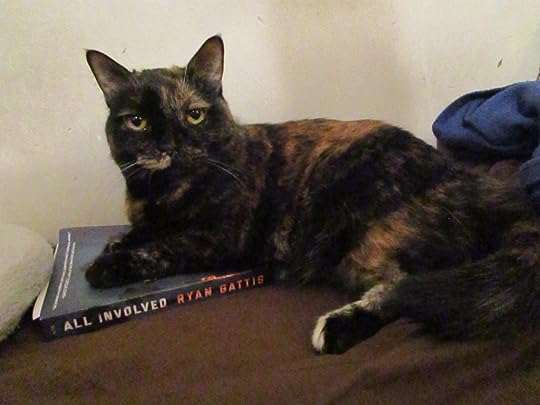 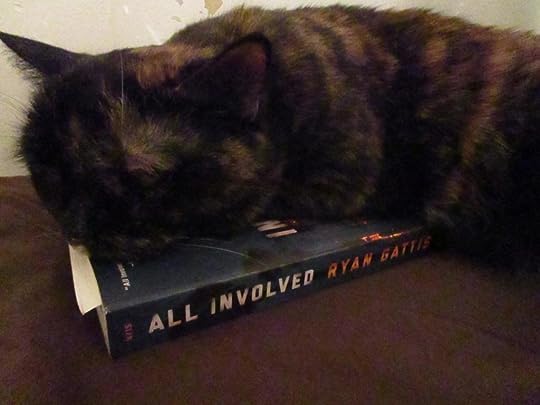