A Little Secret Between Friends by C.J. Carmichael

this one makes the all-time list. a truly stunning visual narrative – i only wish the picture on here were bigger so everyone could enjoy it. is this better?? 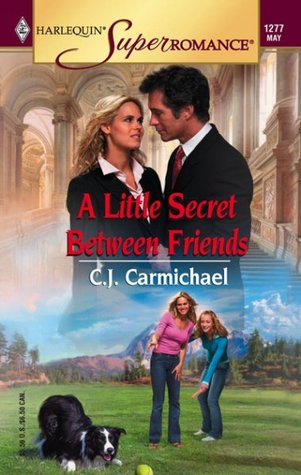 i bought several copies of this book to cover-frame as gifts, but i feel like i can never have enough copies, nor spend enough time trying to figure out what it all meeeeeans.

so, the title is what it is and then the bottom-half of the cover (which we assume is in the past cuz it’s a little fuzzy) shows these two young girls pointing at a dog in a crouch-y position that raises its hindquarters (suggestively?? playfully?? it depends on your view – i would have said innocently, but there’s something creepier at work here), and they are pointing at its backside and laughing and one of them has like a stick or something. WHAT ARE THEY GOING TO DO TO/WITH THAT DOG?? because then in the upper panel, the older of the two is with a man and her face looks…alarmed. as though she is thinking back to this incident with the dog. will he be able to satisfy her like that dog did? is she a dog rapist?? did she love that dog?? what is the little secret between friends?? what happened to that other girl? it is so inscrutable!!