A Human Stain by Kelly Robson
My rating: 5/5 cats

Under one of the beds she found a thin rib from a rack of lamb, riddled with tooth marks. Somewhere in the house was a dog. She’d have to take care to make friends with it.

i have gotten really REALLY bad about reviewing these free tor shorts. for the past few years, i have given myself the enjoyable task of reading one per week, but i’ve slacked on reviewing them and they have added up into an unapproachable, never-gonna-do-it number of pending reviews. every once in a while i get it in me to review a bunch of them at once, even if they’re just jerk-off brief reviews so i can feel good about myself for eight minutes, and then i fall back into slacker-territory and the shame begins anew.

today i am going to do something unheard of – review the one i read today immediately! ish. i read this like 6 hours ago. but still – a triumph of getting shit done!!

i am totally going to give this story five stars cats even though it does many things i have complained about in the past, because i cannot be oppressed by such trivial things as holding consistent opinions!!

there was just something about this one… it dug its way into me and it told me a story that tickled all my bits and kept me engaged and shiveringly delighted throughout. which, at 5 am, is a pretty impressive feat. YES, there is a lot left unexplained, YES i have a lot of questions, but unlike all the other stories i have grumbled at for their “poor world-building” or “lazy ambiguity,” this one had such strengths: an initially spooky setup which escalated into further spookiness at just the right speed for maximum karen-chills, strong, memorable imagery (tiny bones everywhere! DIY dentistry! a delicious door!) whose lack of conclusive explanations forced my mind to hunt for answers in a not-frustrating way, and a creepy kid!

plus, a ballsy main character in helen – aggressive flirter/would-be seducer of young nursemaids, down-on-her-luck debauchee fleeing debts and trying to get her life back on track accepting a governess position for a recently(?) orphaned boy, finder of bones, picker of locks, bold explorer of mysteriously-alluring basement doors, too brassy to suffer from a schoolmarm’s fears:

Helen had seen crypts before. They didn’t frighten her. At age five she’d seen her mother shut away in a Highgate Cemetery tomb. She’d kissed her first girl in the crypt at St Bride’s, after stealing the key from the deacon. And she’d attended parties in the Paris catacombs, drank champagne watched by thousands of gaping skulls.

But this was no crypt.

do i have any idea what’s going on here? very little! but i know enough that it affected me as a reader; it came alive for me and i was an active participant – rolling my eyes at helen’s lame jokes, muttering “ewwww” when appropriate, bracing myself whenever that kid was on-page.

at any rate, i really enjoyed this one, more than i have enjoyed a free tor short for some time now. and i see i’m one of the few to like it, which is fine – i can totally understand why the ambiguity would be a turn-off, since it usually is for me. i don’t know why i wasn’t bothered by it this time, but i’m glad i wasn’t, because reading a great story before the sun is even up is a good way to start the day.

i didn’t realize until i added this to my gr shelf that i had read another story by this author, during my december 2016 “read one short story a day” challenge: Waters of Versailles, which *technically* i reviewed, but only shallowly, in one-a-day review mania. this story was even better than that one. PLUS, bonus points for not being philip roth. 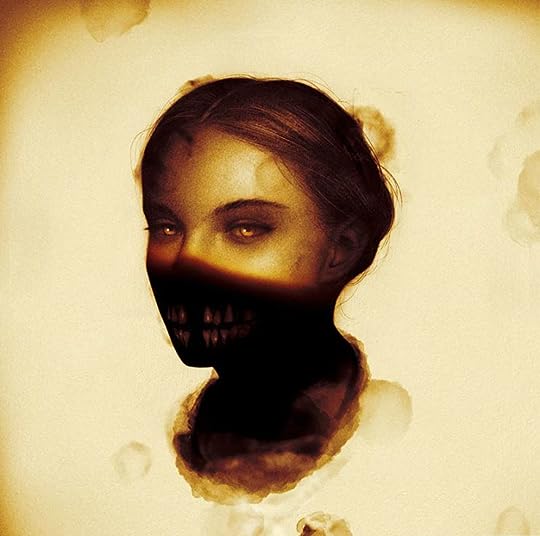