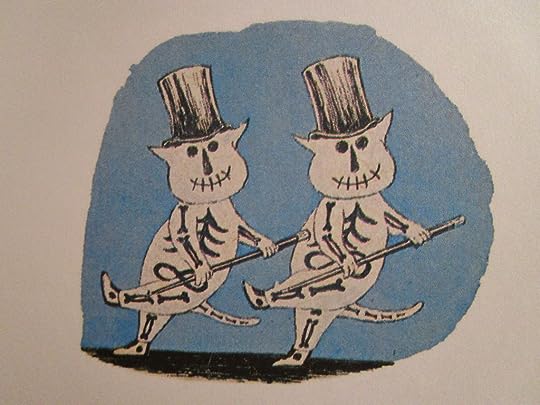 this book automatically gets 4 stars cats because it is filled with the artwork of edward gorey, and who’s gonna argue with that? plus, it’s also got the fun gimmick of being **two books in one** when you do a little flippy and that’s practically exercise, so it’s good for you. 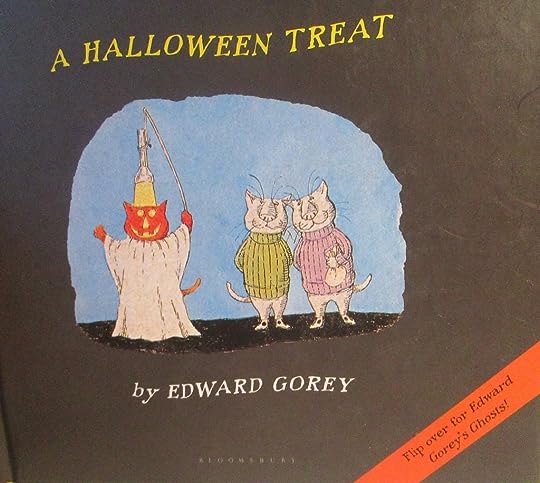 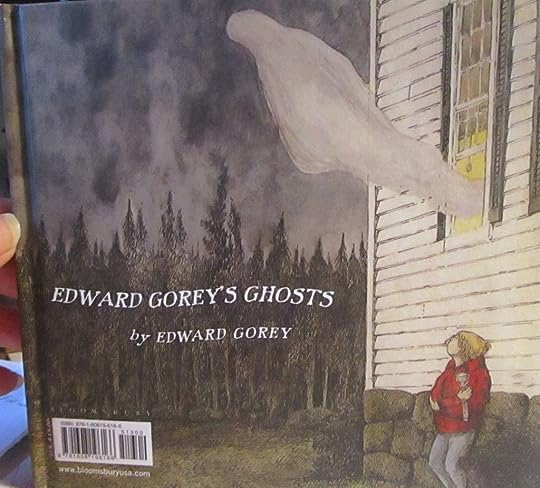 but is this my favorite book by edward gorey? noooooooo.

sean of the house likes it more than i do because he is able to appreciate artwork without a surrounding narrative and i can only sometimes do that. and in this case, when i have in the past been treated to this same artwork accompanied by a narrative (as weird and fractured as it frequently is with gorey), i feel unmoored. some of the illustrations may be new—i haven’t read everything of his, but i recognized a lot of them and it just makes me growl “didn’t this used to come with words?”

but it’s gorey, and this was published posthumously, so it’s not like he’s just doing that e.l. meyer thing where he’s rehashing old stuff out of indolence. it’s one thing to beat your own dead horse and quite another for your estate to milk your corpse. are these expressions?? i don’t even know what i’m saying half the time…

anyway so i started with Edward Gorey’s Ghosts because i liked the cover better and no one’s gonna tell me how to live, oi! oi! it’s a collection of various ghosts gorey drew for one thing or another and they showcase his range of art-style and atmosphere from ghosts that are goofy 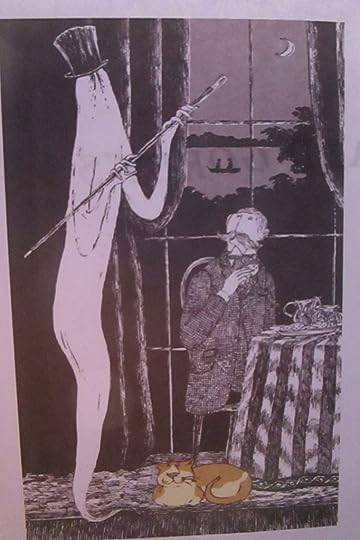 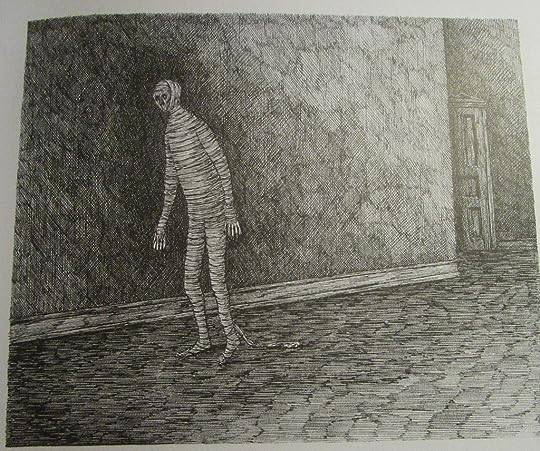 to a little surreal 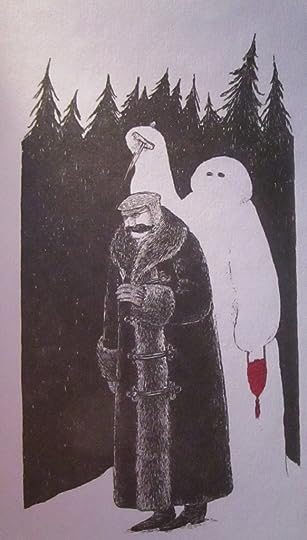 to a lovely kind of haunting 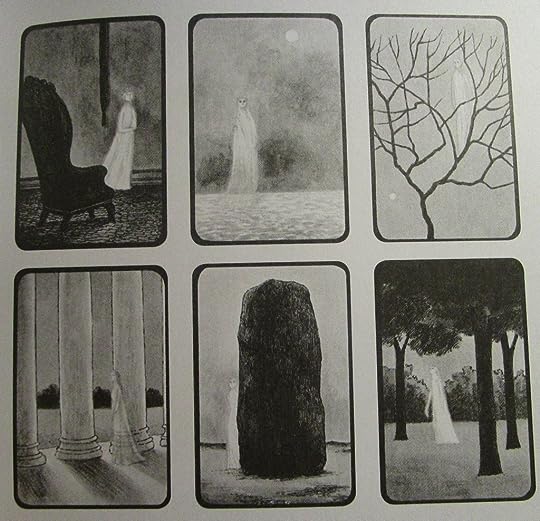 and then you reach the end and ta-daaaaa 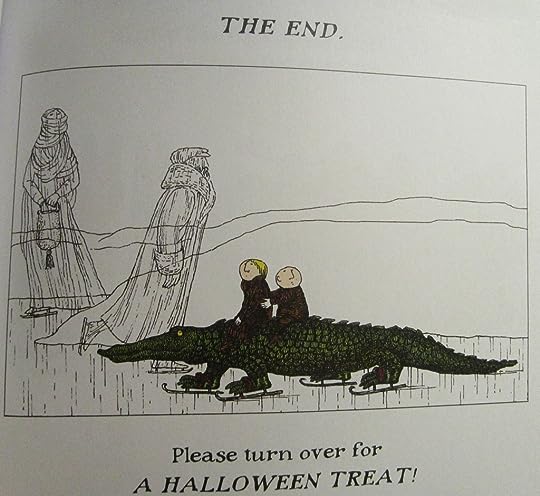 but A Halloween Treat feels more like a halloween trick. it’s only nine pages (at least ghosts featured a respectable 24 pictures and used both sides of the page, so how did A Halloween Treat get top billing, hmmmm??) the nine pages spell out “halloween” in the lower-right corner along with images that are more cutesy than spooky and it definitely feels like a simplistic kid’s book. 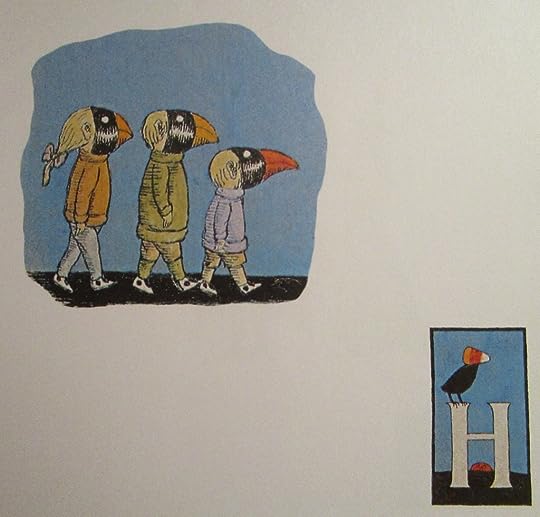 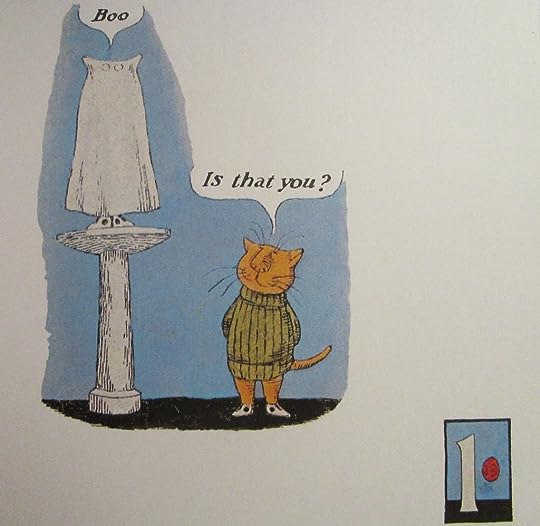 and then you come to this 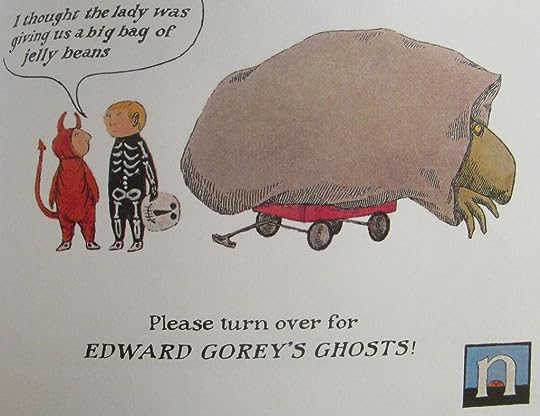 and are sent back into Edward Gorey’s Ghosts in an endless loop pew pew!!

so i dunno. i love edward gorey and i could look at his stuff wherever i happen upon it, but this is not the best example of what makes him so special.