4:50 from Paddington by Agatha Christie
My rating: 3/5 cats

fulfilling book riot’s 2018 read harder challenge task #3: A classic of genre fiction AND #23: A book with a female protagonist over the age of 60. i didn’t want to double up like this, but i have been neglecting this challenge for a couple of months and now i have to scramble.

i started this reading year off in a very ambitious frame of mind. in addition to setting my own reading goals as far as # of books to read and personal reading challenges, i decided to join the cool kids and participate in book riot’s read harder challenge. i started off strong and organized – jotting down the titles of books i already owned for the individual tasks; birds & stones &etc.*

it went well for a few months, i even managed to get ahead at one point, but then it all fell apart because life is the worst and suddenly here i was, four months away from the end of the year and thirteen books behind, realizing i’d have to do the old “double ‘em up” LGM just to get them all done.

and even though there’s no oversight committee on this, i feel like i’m cheating with this one. for #3 – can every book by agatha christie be considered a “classic,” just because she was such an influential author?

One does not applaud the tenor for clearing his throat, after all.

and for #23 – i’d hardly call miss marple the protag here. she’s in the book, but she delegates a lot of the legwork to other people, outsourcing the research, evidence-gathering, investigating/interrogating and even the final unveiling is graciously bequeathed to her friend mrs. mcgillicuddy, a woman of excellent principles and no imagination.

i’m willing to let myself off the hook a bit, because when i’d ultimately decided to bundle the two challenges under the miss marple banner, i read a bunch of gr reviews to figure out which marple to read, and several of the reviews said of several different titles that “there’s not much marple here”** or “this is only nominally a marple,”*** and i specifically did not choose those. the point is, i tried. i guess miss marple is like bunnicula in the bunnicula series or morrissey in concert – she’s the draw, but she’s only prepared to give so much of her time – she’s got other things to do.

anyway – i read this book. it was fine. i certainly wouldn’t call it a masterpiece or a classic, but it was the perfect thing to read when my back betrayed me and i was forced to spend an entire day in bed, reading and dipping into my hoarded-after-surgery pain pill stash.

in a “this should tell you all you need to know about the book” statement, i actually read all but the last nine pages (i.e. up to the “whodunnit”) before succumbing to sleep. which either means that i wasn’t even invested enough in the mystery to stay awake for the big reveal or it means that those pain pills are gooooood.
i wasn’t.
they are.

this is my favorite part of the book, in which cozy crime scene preservation standards are very low, indeed, and victim’s dignity/privacy rights disregarded so little boys can experience a rite of passage:

“No, you can’t,” said Inspector Bacon.

“Oh, sir, please sir. You never know. We might know who she was. Oh, please, sir, do be a sport. It’s not fair. Here’s a murder, right in our own barn. It’s the sort of chance that might never happen again. Do be a sport, sir.”

“Take ’em in, Sanders,” said Inspector Bacon to the constable who was standing by the barn door. “One’s only young once!” 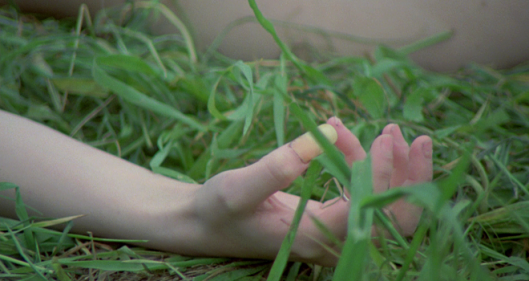 “How well I remember my own dear father. ‘Got a lot of old pussies coming?’ he would say to my mother. ‘Send my tea into the study.’ Very naughty about it, he was.”

it makes me laugh nonetheless.

I KNOW I JUST SAID THAT JEEZ!

and if you want to know whodunnit, View Spoiler »

i have learned my lesson.

i have also managed to use FOUR visual references to “stuff i loved in the 80’s,” which is at least three more than i’d anticipated when i sat down to write this review. just to round it out, here you go:

* for example, the books i’d selected as possible candidates for task #23: “A book with a female protagonist over the age of 60” were: