This Body’s Not Big Enough for Both of Us by Edgar Cantero
My rating: 4/5 cats

Elmore Leonard said it’s bad style to open a novel with the weather. Well, fuck him – it was a blazing red-hot August morning.

edgar cantero is the best kind of bonkers, and this book feels like eating all of your halloween candy at once and then getting caught in a tornado made of LED lights and fidget spinners.

but edgar cantero went to the school of USE ALL THE METAPHORS!, so i should let him handle all the descriptive figurative work:

On the black-lit VIP balcony, Cheshire shark grins and mounds of cocaine like the OCD potato art of Close Encounters victims shone as bright as airstrip lights, marking the way to the center stage over the rail. Kimrean sighted purple caged dancers, mud wrestlers, tattooed devils, G-stringed Atlases erected like Pillars of Hercules out of a liquid crowd waving in worship of ancient twerk masters summoning cellulite tsunamis.

right? and the whole thing is like that – a neon wonderland of high-energy meta-noir starring a.z. kimrean; the more-bang-for-your-buck PI: one androgynous body, two people moving it about, not always harmoniously, nor even in the body’s best interest; the ultimate “it’s complicated” relationship.

adrian and zooey share a body, but disagree about how to use it:

”You don’t know what it is. To have a twin. Someone who is always there, in the same room. In the same underpants. Pulling your body, always in the wrong direction… We’ve been fighting since before we could speak. No wonder our birth mother gave up on us; can you picture what we were like as toddlers? When Zooey isn’t making a scene in a public place, it’s because we didn’t agree on going to the place in question. I want to go to the library – Zooey wants to go to the beach. I’ve got a test tomorrow – Zooey is sniffing glue. I’m taking the test – ooh, time to masturbate. That’s every day in my life. So, in answer to your question, ‘Why do you hate her?’…let us just say that communal living takes a toll.”

the book is also better experienced than described. you will discover the answer to the philosophical question What if two Romanian whorehouse owners had a son who wanted to be an office decorator?, you will learn the term for a group of college jocks (it is “an arrogance.” An arrogance of college jocks) and you will be treated to big characters, big plot, big laughter.

In the next ten seconds, more things happened than in ten hours’ worth of Danish cinema.

plus, he drawed a chicken roadrunner in mine: 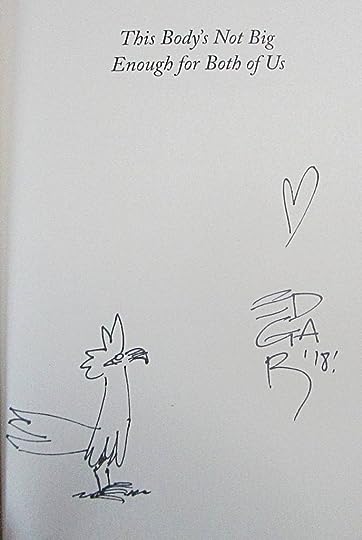 i have been twitter-corrected by the author:

It’s not a chicken, it’s a ROADRUNNER! 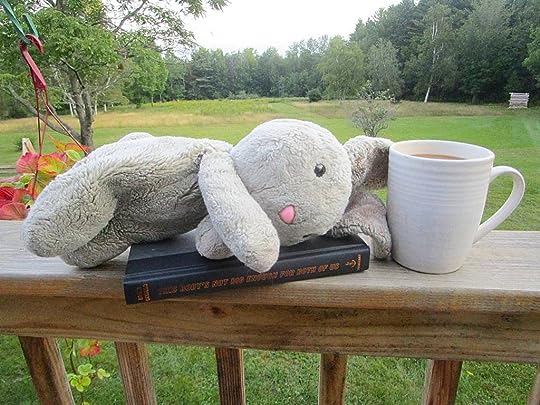