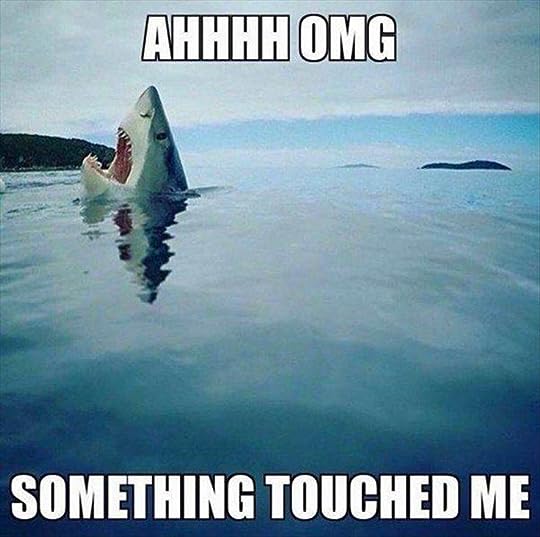 i mean, obviously that’s ridiculous – this book isn’t even remotely scary, but it’s also not as bad as modern people claim. obviously, opinions/schmopinions, and i’m not defending this as a hallmark of great literature or anything, but it has its charms. most of those charms involve how it feels like a pre-outrage time capsule, with its “hysterical” women and its “faggots” staging a nude dance party and the recurring exploits of a “black gardener” raping the neighborhood’s white women who all refuse to press charges, leaving me unsure if benchley is insinuating that these are not rapes but consensual, shameful, interracial sex acts or that women are too afraid to press charges and i’m hard-pressed to decide which explanation is more racist. but bass weejuns and izod and neighbors borrowing cups of seconal, really – what’s not to love about this?

There was no conviction that what thrashed above was food, but food was not a concept of significance. The fish was impelled to attack: if what it swallowed was digestible, that was food; if not, it would later be regurgitated.

seriously, guys, there is a dead cat used as a weapon, even though it is ineffectual and probably meant more to emphasize a point than to cause harm:

Brody hit Vaughan on the chest with the cat and let it fall to the floor.

and there are real estate schemes and mafia subplots and romantic entanglements and so many things that didn’t make it into the film, like the lamentations of a woman feeling the sting of not getting any younger, losing her shiny sexxy feminine allure,

A terrible, painful sadness clutched at Ellen. More than ever before, she felt that her life – the best part of it, at least, the part that was fresh and fun – was behind her. Recognizing the sensation made her feel guilty, for she read it as proof that she was an unsatisfactory mother, an unsatisfied wife. She hated her life, and hated herself for hating it. 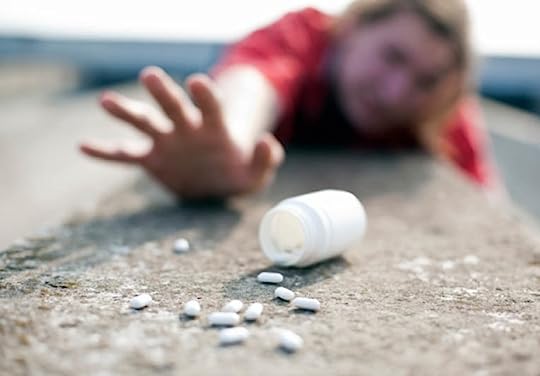 and HOW is there not more attention called to the best line in any book, anywhere, as quint yells at the great white himself:

“I see your cock, you bastard!” cried Quint

how are there no t-shirts made of this? how did this not make it into the film? how can a book containing that line receive fewer than five stars cats from any reviewer, anywhere??

i am aware i did not myself give this book five stars cats. i’m not here to do math.

i am just here to declare that this is a pretty fun book. i read it in a single day, during all of the previous year’s shark week reruns counting down to SHARK WEEK 2018, and my very low expectations of entertainment were met and SURPASSED.

there are some objectively terrible parts of the book, sure. people behave unrealistically, it’s written in a blunt, choppy manner, and that ending is suuuuper abrupt, but it’s a breezy sharkromp that is nowhere near as campy/offensive/absurd as Guy N Smith‘s offerings.

Four to midnight was the trouble shift, when the young studs from the Hamptons would flock to the Randy Bear and get involved in a fight or simply get so drunk that they became a menace on the roads; when, very rarely, a couple of predators from Queens would lurk in the dark side streets and mug passerby…

suggesting that predators from queens lurk, “very rarely” or not, why – it makes me want to go mug some passerby…