The Dark Lake by Sarah Bailey
My rating: 3/5 cats

this a a fine debut mystery novel, and a good one to read during these long heatwave days of summer, but claiming it is “a suspense thriller to rival tana french” is bananas. buh. nan. uhs.

this is a satisfying leisure read. it held my interest, i was curious about where it was heading and how the storylines would converge and and i never wanted to abandon it out of boredom, but i wouldn’t say i was deeply invested in it, either. the mystery itself is well-conceived, but the characters aren’t dynamic or compelling. it’s not that there’s no character development, because there’s just as much time spent investigating the mystery as there is uncovering past grievances or discussing the lead character’s past and present romantic relationships, there’s just nothing there that particularly hooked me. which may be because i’m a reader who never cares about the romantic/relationshippy subplots, but with tana french, her characters are just as strong as her procedural tracks, so you (i) get sad when they don’t come back. with The Dark Lake, knowing that there is going to be a follow-up book with this character doesn’t make me crackle with anticipation. i might read it, i might not – i don’t feel the need for it in every beat of my heart the way i do with authors i love like tana french.

the setup is inherently dramatic, if not unfamiliar: it takes place in rural new south wales, where rosalind ryan, a beautiful and mysterious local woman from a wealthy family, is found murdered. as so often happens in smalltown crime novels, the lead investigator, detective sergeant gemma woodstock, has her own history with the deceased dating back to their high school days.

the investigation and the backstory were good, i liked the inclusions of the few single-serving “i have one clue to contribute to the reader, if not the investigator” pov chapters, but neither gemma nor rosalind felt complete.

rosalind is barely fleshed out at all. and i understand that she’s meant to be inscrutable and tragic, but we’re told how manipulative she is, and i don’t think that comes across anywhere except in how other characters (with their own grievances) perceive her. she seems more sad and damaged than anything else, and if anyone comes across as manipulative, it’s gemma, with the infidelity and that thing she did when she was a teenager. and if that was a quiet little thorn bailey wanted to jab into the reader’s paw, it would have been fantastic, but considering gemma’s back in the next book, Into the Night, it doesn’t seem likely that this is the case.

it’s a good, brisk read, and sometimes that’s just what you need to get you through the brutal summer days when melting into a slop-puddle is a real concern. for me. some of you weirdos actually enjoy summer.

hooray, i won a gr giveaway! 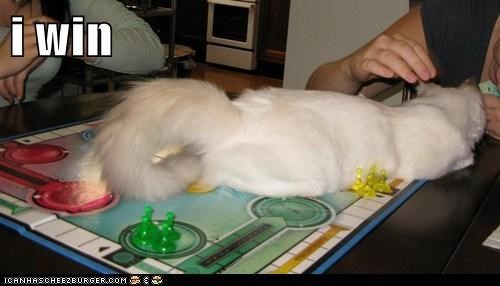