I’ll Be Gone in the Dark: One Woman’s Obsessive Search for the Golden State Killer by Michelle McNamara
My rating: 4/5 cats

no extry points this time.

there’s almost no point in my writing a content-based review of this book – i’m late to the party and better folks than me have already admirably and exhaustively covered both what the book is about and the unusual circumstances occurring beyond its covers – michelle mcnamara’s sudden death two years before the book’s publication, and the arrest of the golden state killer two months after it hit shelves.

i’m not going to say much more than that this man was a monster (duh) and i’m glad he’s finally been caught and i hope he lives long enough to suffer profoundly for what he’s done. and, seemingly at odds with this unsavory part of me wishing bad things upon a bad person, that mcnamara’s writing is vivid and empathetic and even though i am not well-read in the true crime genre, she seems to bring something extra to the table, which is better-articulated in gillian flynn’s introduction:

I love reading true crime, but I’ve always been aware of the fact that, as a reader, I am actively choosing to be a consumer of someone else’s tragedy. So like any responsible consumer, I try to be careful in the choices I make. I read only the best: writers who are dogged, insightful, and humane.

It was inevitable that I would find Michelle.

I’ve always thought the least appreciated aspect of a great true-crime writer is humanity. Michelle McNamara had an uncanny ability to get into the minds of not just the killers but the cops who hunted them, the victims they destroyed, and the trail of grieving relatives left behind.

she’s empathetic and observant throughout, and it’s so unfortunate that parts of this book had to be compiled and cobbled together from articles she published elsewhere or assorted notes, and (double, triple, quadruple duh) even more unfortunate that she never got to see it published, or to see the overwhelmingly positive response to it, or to see this man finally behind bars.

i’m just going to share a few passages that struck me while i was reading this, and you can go out and read the book for yourself and find your own striking passages, because there will probably be more than a few.

this one gave me chills and anger:

He was brazen. Twice he entered homes, pressing on undeterred when he knew victims had spotted him and were frantically dialing the police. Children didn’t bother him. He never hurt them physically, but he would tie up the older ones and put them in another room. He put Jane’s toddler son on the bedroom floor during the attack. The boy fell asleep. When he awoke, he peered over the bed. The EAR had left. His mother lay bound in strips of torn towels and was gagged with a washcloth. He mistook the ligatures for bandages.

“Is the doctor gone?” he whispered.

this one made me feel awe and admiration:

It was a little after four a.m. when the first officer entered the opened rear patio door, hesitantly making his way toward the woman calling out to him. She lay face down on her living room floor, naked, her wrists and ankles tied behind her with shoelaces. A ski-masked stranger had just spent an hour and a half terrorizing Fiona and her husband. He brutally raped her. Fiona was five two, 110 pounds – a wisp of a woman. She was also a native Sacramentan, in possession of a dry, matter-of-fact manner, a clear-eyed resilience that belied her petite size.

and this long one made me really appreciate that empathetic, observant part of the author. people like her should really be consultants for writers and actors and employed as “perspective coaches,” if that is such a thing. it should be a thing.

After spending enough hours with them, I’ve noticed a few things about detectives. They all smell vaguely of soap. I’ve never met a detective with greasy hair. They excel at eye contact and have enviable posture. Irony is never their go-to tone. Wordplay makes them uneasy. The good ones create long conversational vacuums that you reflexively fill, an interrogation strategy that proved to me through my own regrettable prattle how easily confessions can be elicited. They lack facial elasticity; or rather, they contain it. I’ve never met a detective who pulled a face. They don’t recoil or go wide-eyed. I’m a face maker. I married a comedian. Many of my friends are in show business. I’m constantly surrounded by big expressions, which is why I immediately noticed the lack of them in detectives. They maintain a pleasant but vigorous blankness that I admire. I’ve tried to imitate it, but I can’t. I came to recognize subtle but discernible shifts in the blankness – a narrowing of the eyes, a jaw squeeze, usually in response to hearing a theory they’ve long since eliminated. A veil comes down. But they’ll never tip their hand. They’ll never tell you, “We already looked into that angle ages ago.” Instead they’ll just absorb it and leave you with a polite “Huh.”

In their reserve and in virtually every other way, detectives differ from show-biz folks. Detectives listen. They’re getting a read. Entertainers get a read only to gauge their influence on a room. Detectives deal in concrete tasks. I once spent an hour listening to an actress friend analyze a three-line text that hurt her feelings. Eventually I’ll see the cracks in a detective’s veneer, but in the beginning their company is an unexpected relief, like fleeing a moodily lit cast party loud with competitive chatter and joining a meeting of determined Eagle Scouts awaiting their next challenge. I wasn’t a native in the land of the literal-minded, but I enjoyed my time there.

so, although you don’t need one more review from a stranger telling you that this book is worth reading, i have written one anyway. 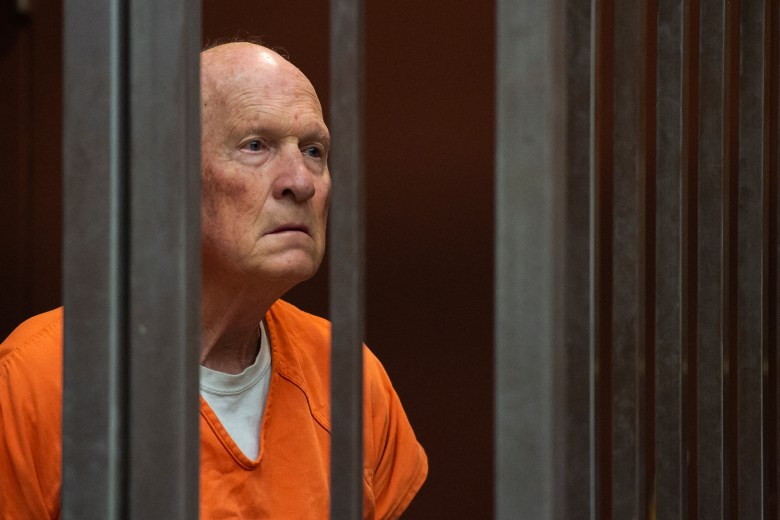