What I Saw and How I Lied by Judy Blundell
My rating: 3/5 cats

stay tuned, there will be mary lou retton if you are patient….

so first of all, i love this title. i was supposed to read three books from the list for this week’s teen class; i ended up reading five because i am such a super-nerd, but i think it is good for me, because these aren’t the types of teen fiction i would ordinarily pick up—if i read teen fiction it is pretty much only survival-in-a-dystopian-setting kind of stuff, certainly not “first love in a complicated, postwar america.”

i am going to review all my teen books by likening them to adult books. if wither was handmaid’s tale, this one is sophie’s choice. briefly, it is about a girl whose stepdaddy comes back from the war with a whole lot of baggage. what follows is blackmail, first love, some realizations about how the world works for men, and for women, and for jews regardless of genders, and some lessons in high-class deception. and a decision.

this book is punctuated by beautiful moments, but ultimately it isn’t likely to stick with me for very long. some really nice high-octane lines scattered throughout, primarily in her early intimacies with peter. the scene where they are dancing barefoot by the pool is HOT. well, hot for a different time. these aren’t characters who are going to demonstrate oral sex on toothpaste tubes like that scandalous alaska.

it’s hard to believe any sixteen-year-old girl was ever as naive as evie at the book’s beginning, but i suppose you need that just for the contrast to the close of the book—teen fiction isn’t known for its subtlety in character development, and nothing really surprising happens, but the character’s fall from innocence and her picking up the pieces and her ultimate sacrifices are handled beautifully.

as a story of first love, it is okay, as a crime story, it is serviceable, but as a psychological study of the origin of evil in the adolescent girl, it is near-staggering. is evil too strong?? mendacity?? deception?? whatever it is, it’s great, but most of the work the reader has to do for themselves—much of the drama happens between the text.

the transformation evie undergoes is from frighteningly innocent to an almost resigned submission to adult-world betrayals. i don’t think i am expressing it right. and this is the best thing about the book, so i want to get it right. on the one hand, she is embracing her power as a woman, and using it for a complicated blend of good-and-evil, on the other hand she is exhausted by the situation (which i am trying to dance around and around) and a little resentful to have to be playing the game in the first place. but she plays it very well, for her first time. and it is noticed, and her comfort within this new role terrifies her mother in a really nice understated scene.

Truth, justice… I always thought they were absolutes, like God. And Mom. And apple pie.

But you could make apple pie from Ritz crackers. You could make cakes without sugar. We learned how to fake things, during the war.

i think that is superb, in the context of the events.

she does a really good job with the historical elements—the postwar america—raw and still shocked tender—redefining morality in the aftermath of witnessed atrocities, and of course translating it into one girl’s individual parallel experience. there is another exceptional scene that is like fight club, in that i can’t talk about it without ruining everything for everyone, but know that it is there.

this is almost a four, but i can’t just keep giving out stars like candy. 3 1/2—read it yourself.

and now, the obligatory mlr: 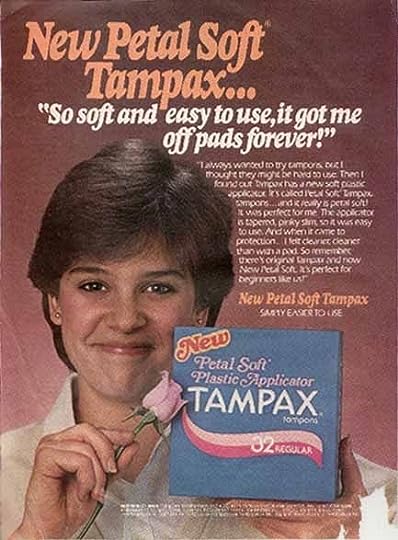