Violated By Monsters: The Toy Room by Hannah Wilde

first, a little monsterotica welcome/advance warning (spoiler-tagged for those of you who want to get right to the good stuff)

anna works r&d for a toy company and she loves her job, …playing with puzzles, stuffed bears and building blocks. she is several safety years over the age of eighteen, but still filled with youthful verve. and she’s beautiful. and blonde. with a perfect body. facts which make their way to us through anna’s narration, but which should be assumed, because at its core, all monsterotica is just Beauty and the Beast grown up. 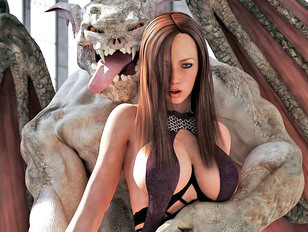 so, youthful-but-legal anna’s company has just moved to a new building, where additional expansion-construction continues in an adjacent lot, allowing the author to note, with some foreshadowing wordplay, the “excessive drilling sounds that echo through the air like a constant alarm.” oh, there’s goan be some excessive drilling sounds, my friends. 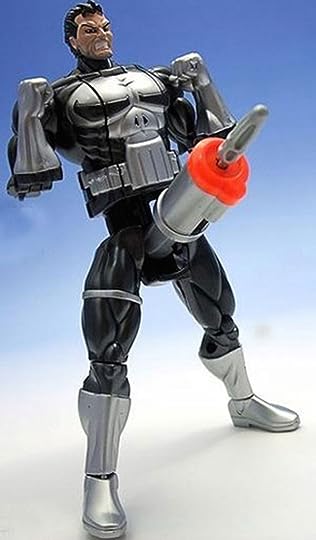 stop crying – you were warned about spoilers.

the noise isn’t the only downside to the new digs – ever since relocating, there have been hiccups: several of the toys in research and development have started malfunctioning, becoming hard to program and functionally inconsistent. the affected toys have been rounded up and placed in a locked room, including some bears that anna’s workpal garth had been working on. additional foreshadowing wordplay:

“As far as I knew we had another two months of funding on that thing and then suddenly they just came in and pulled the plug.”

“Pulled the plug?”  I ask, brushing a strand of long blonde hair out of my face.  “On your bears?”

”Something shady was going on and now it’s coming back to bite them in the ass.”

and what is that something shady, you ask? (provided you have not read the summary of this story that goodreads has supplied above?)

Ruby let’s out a long sigh.  “After buying this property we quickly went to work investing millions in the foundations of our new Toy Link campus.  You can imagine our surprise when, after receiving the deed for this land and breaking ground, we discovered that this location also happens to be the site of an old Native American graveyard.”

“Wait, wait.”  Garth protests, pushing his glasses up onto his nose.  “Are you seriously telling me that this is an ancient Indian burial ground?”

i’m not sure how “ancient Indian burial ground” is any stronger word choice than “old Native American graveyard;” seems to me it’s just rudimentary thesaurusing, but we’re SO CLOSE to this story’s fifty shades of cray, let’s not even take a moment to pause here, except to note the final moment of dirrrrrty foreshadowing, as anna and garth receive a warning/threat/bribe about not telling anyone else about the old ancient Native American Indian graveyard burial ground:

We can do this the hard way, where I fire you both and slap you with a lawsuit, or the easy way, which means that you sign a few papers, I give you a bonus, and we never mention this again.”
“I prefer the easy way.”  I say. 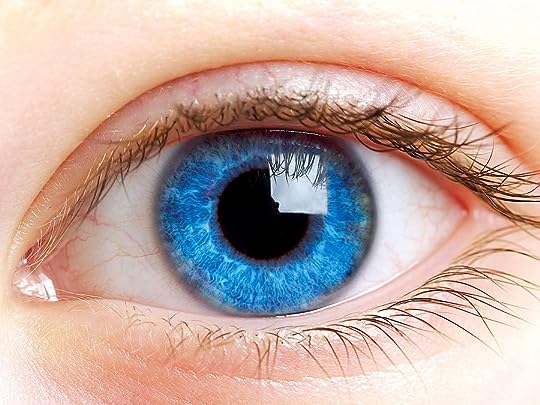 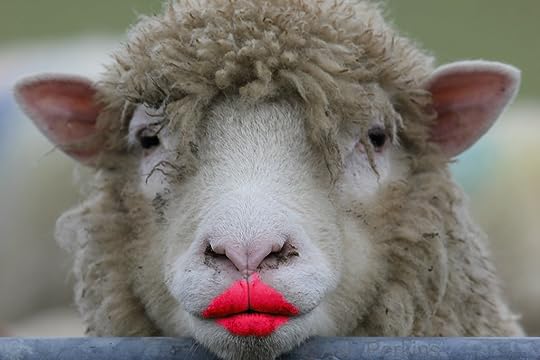 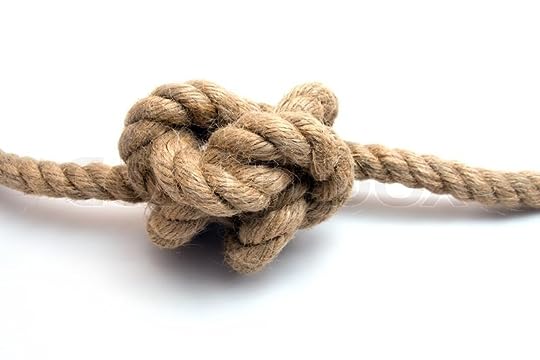 so, quickly through plottown – garth uses this knowledge as leverage to get his bears back, bosslady is all “sure, whatever, dude,” and he and anna go to the hazard room to collect the bears, when anna becomes locked inside the room full of “malfunctioning toys,” but also reports the presence of balloons and candy because i guess those things can malfunction, too?

but we’re not given too much time to dwell on what any of that means because the toys are very aware of this beautiful, blonde, totally of-age woman locked in their midst (although i’m not sure teddy bears recognize “age of consent” as a guideline. chilling thought, yes?) and here’s where it starts getting saucy, so avert your eyes, chilluns! 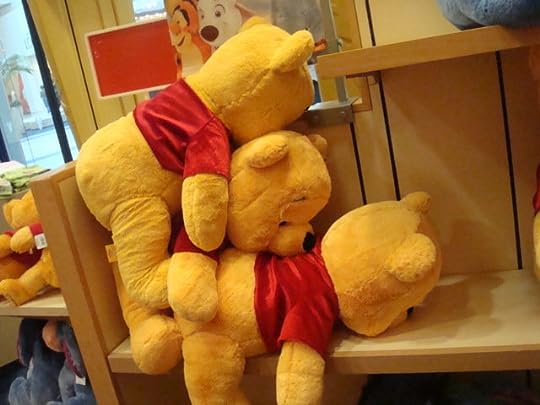 “Hello Anna.”  The bear says in its strange mechanical tone.  “Do you want to play?”

it’s not the bear’s fault that this phrase is the stuff of nightmares and horror movies, along with its glowing red eyes, the flickering lights in the small room, the way those toys keep inching closer, and being locked in a room with no way out – it is malfunctioning, after all.

Without warning, a patch of fur starts to rise of from the bear’s stomach.  It extends further and further until it unfurls completely and reveals a giant, fleshy cock standing at full attention.

how unpredicktable! because apparently the result of building a toy factory on an ancient burial ground, in this world of impeckerable logic, not to bring back to life all that is buried therein,

but to turn the malfunctioning toys into malfucktioning ones.

and to turn me into a horrible pun factory.

and if you think anna’s going to bone a bear and call it a day, you have never read monsterporn. or found the come-hither look in a glassy eye to be irresistible

or ridden a toy for so long, you’ve stopped being able to tell where you ended and the toy began

or understood what “any port in a storm” meant firsthand 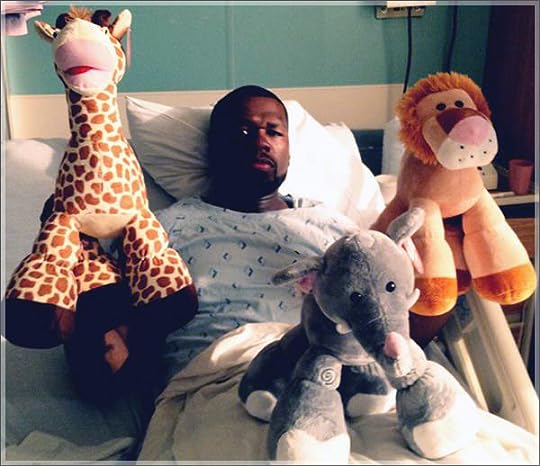 but it is the darndest thing: all the malfunctioning toys are male, and they all have very human-y peens, all “fleshy” and “vein-covered,” and the toy soldier has “plastic balls,” but a “warm and fleshy cock” and a “rigid plastic body.” 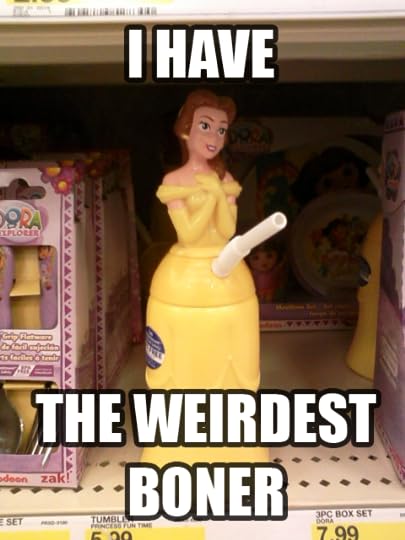 even the lego man (or, for legal reasons, no doubt, the “creature made entirely of multi-colored blocks”) has a “pink” and “human-like” peen that is not only big, but “enormously large.”

and “an entire zoo full of stuffed animals, each and every one of them more hung than the next.”

which for her sake, i hope means “incrementally more hung,” since the very first toy-suitor was “giant.” (same cock later referred to as “massive”)

and it never stops being creepy. this reads more like horror than erotica to me:

The rest of the toys are suddenly buzzing and beeping with excitement, immediately beginning to spring up erections of their own. They push forward, some bouncing on springs while others roll on small wheels as they surround me with a forest of dick.

a forest of dick sounds pretty menacing to me.

the toys are bossy and insistent, and the most selfish of lovers, refusing to allow her to achieve climax –

But the toys are ruthless, perfectly content on using me as nothing more than a human sex doll for their depraved desires.  The role reversal is not lost on me, and somehow adds to the intense lustful feelings that swim across my brain.

let this be a lesson to you. you treat toys like sex slaves

they’re gonna want a turn on top. but anna is not in the least bit turned off by this situation.

and she’s quite vocal in her appreciation

“I love the way you fuck me with your toy cocks!”  I scream.  “Pound that fucking ass and pussy!”

My ranting is suddenly cut short by another dick as it’s plunged down my throat, cutting me off and successfully filling every one of my holes.  I’m now completely at their whim, plugged at every end as the toys ravage my body. They slam into me over and over again with complete disregard for anything other than their own pleasure.

she is miscounting her holes here, and you would think there would be some plastic army man, smurf figurine, or other size-appropriate fella willing to get all up in her nostrils or ear canals (or even attempt the urethra, despite all the traffic already crowding up that freeway)

they more than meet that challenge, leaving anna “glazed” and “laughing at the stark absurdity of this entire situation.” that makes two of us. for the second part. i am resolutely unglazed.

but a good time was had by all, even though there’s not much time for snuggly bear afterglow

before garth and the janitor get the door open, treated to the sight of a naked anna covered in toyjizz. they are horrified, she’s casual in her afterglow, the company panics about word of the “unexpected toy fucking” getting out, reparations are made, boners for all!

i think the company is just throwing away the opportunity to create the world’s first bone-a-bear workshop, but what do i know about business?

i do appreciate the graceful details, like how anna’s bear-targeted pronouns transition from “it” to “him” at the first moment of physical contact (i.e. – when she grabs his bear-dong),

which i would applaud as being a subtle commentary on intimacy and how we perceive others or achieve identity or mark that moment when someone moves out of the fuzzy background and into our inner circle, if there weren’t so many other moments of snoozy editing:

I’m absolutely horrified, yet someone strangely aroused, as if under the influence of a powerful, ghostly aphrodisiac.

although some of the ‘errors’ turn out as well as the pronoun one:

As I let the stuff bear fuck my face, I reach out and grab another shaft in each hand, stroking expertly as the toys tremble with excitement.

that’s all i have in me for this one – i just want to ease myself back in the monsterporn-reviewing saddle, and i’d hate to pull something. but i did scatter this review with many opportunities to insert an LGM™ (“like greg’s mom,” for new friends), so have at it. (LGM)

look away, ye faint of heart, because soon there will be utter filth in this space.