Too Fond by Leanna Renee Hieber
My rating: 3/5 cats

She hoped that the parents of the dead little girl whose black hair she braided and formed into the figure of a bird didn’t mind if there were a few tears mixed in among the locks.

this is a lovely little piece of victorian gothic writing that takes the concept of the memento mori into even creepier territory.

not that ‘creepy’ is a bad thing. on the one hand, i love the victorian era’s popular trend of mourning jewelry incorporating the hair of the beloved deceased into its design: 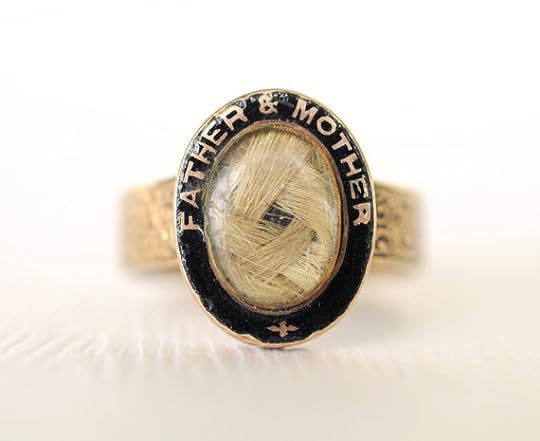 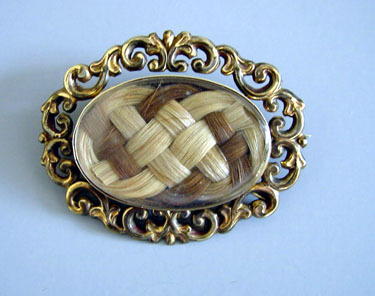 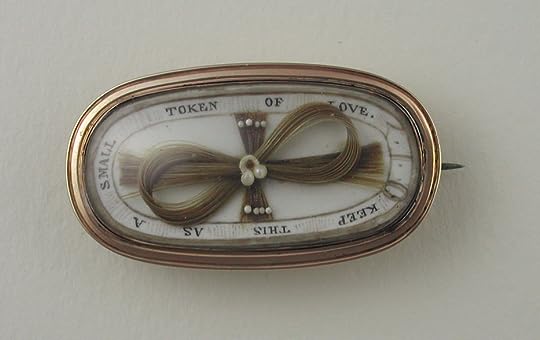 in this story we have a woman named eloise browne, the unmarried, morbid and lonely daughter of a jeweler whose talent for creating striking mourning accessories has earned her renown and her father money, but has not yet earned her the love of a good man.

she believes her luck has changed when handsome mill owner mr. mcgill moves across the street from her father’s shop and admires eloise’s work and, by association, her inherent character:

Mr. McGill told Eloise that he believed, like she did, that human hair was indeed a priceless treasure, and that the wondrous pieces of remembrance and romance she wove into intricate patterns and pressed safely behind glass lockets like insects trapped in amber contained not just the base material of human remains, but a sliver of the subject’s soul. McGill insisted Eloise’s success was due to her belief in the inherent magic of the process, her ardent confidence that captured bits of soul lived on inside her work. At her core, he claimed, she must be magical.

he flirts with her shamelessly on his numerous visits to the shop while his house is being renovated, calling her “little sorceress,” and she responds with all the fragile hope of a shy and sheltered woman when confronted with the attentions of a bold redheaded scot.

He sang her ballads and sea shanties as she worked, blushing, never having felt so alive as she sat weaving the hair of the dead in her trembling fingers

but then—ugh. suddenly there’s a mrs. mcgill, fresh off the boat and traipsing into the shop behind her new husband, equally redheaded and brogued and lovely, and poor eloise’s heart is shattered.

and yet…all hope is not lost. not ever, no matter how impossible the situation. not for a woman like eloise, frequently underestimated, overlooked, misunderstood:

Her lips pursed into a small bow; she could feel her cheeks dimple in that expression her father declared demure but in reality was his daughter clamping down upon a scream, a shriek, a plea for a life more loudly and thoroughly lived.

and this little sorceress will find her own version of love, and it’s gonna be as creepy and haunting and morbid as she is.

it’s a good story—short and sweet and to the point, with a nice little jab to it. 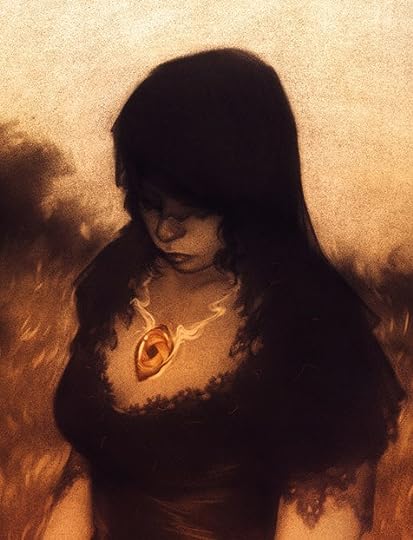