philippa gregory is a name i can be counted on to invoke whenever i’m doing any RA spiel bullet-pointing the many different flavors of historical fiction, with her oeuvre representing the well-researched, female-fronted, literary romance-ish bracket.

i read The Other Boleyn Girl ages ago, and i remember liking it, so when i saw that her new series would focus on 17th century england with a witchcraft angle, well here i came.

i’m a new england girl who grew up on stories of goody proctor and giles corey and in undergrad, i took a class with a more global perspective on witchcraft, which turned out to be the perfect “me” kinda class: horrifying AND illuminating. ‘cuz no matter where in the world people cry ‘witch,’ the targets are certain to contain: unmarriageable daughters, infertile or otherwise inconvenient wives, elderly women, unruly women…it makes the victorian practice of offloading these same problematic females into madhouses seem downright benevolent.

also included in the ‘frequently accused’ category are midwives and any women working in that mysteeeeeerious realm of women’s health. 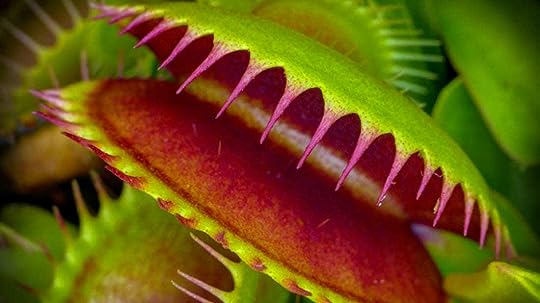 which is what we have here. alinor is an herbalist and midwife living in the sussex tidelands—half tide, half land, good for nothing, where even the ground beneath one’s feet cannot be counted on from one moment to the next. alinor’s ne’er-do-well husband zachary is a fisherman who has not returned from the sea in months; maybe dead, more likely having abandoned alinor and their two children, but definitely leaving her in a precarious position, as indefinable as the tidelands, not a widow nor a wife.

although her situation seems dire—a vulnerable, beautiful woman without a man, on the edge of the world with a young son and a daughter who will be needing a dowry, with only the herbs she can grow and the work she can find—suddenly, she and her children are blessed with the opportunities of individual, upwardly-mobile paths.

what can account for this good fortune? perhaps…witchcraft? not so fast—first we have to remember that during this time, there’s a whole civil war going on in england and it must be addressed. we’ll come back to this witch business in like 200 pages or so.

if you’re someone who loves historical fiction for its immersive properties, you will probably dig this. it’s a slow-burner; there’s a lot of ‘here we are in the tidelands, this is life in the tidelands’ (you cannot hear it, but i am singing this to a tune), but it’s an accumulation of everyday things slowly moving towards something, and i was getting impatient for the story to take me to that something.

if i hadn’t been promised juicy witchy stuff on the back cover, i would have been less impatient with the pacing. i did appreciate the descriptions of the family’s man v nature struggle; the hardscrabble eking out of life in a terrifically challenging landscape, how stubborn and resourceful you have to be to survive in such an inhospitable climate—those themes always have my full attention.

maybe i’ve been away from historical fiction for too long, but i didn’t love this. the middle felt draggy, and some of the characters were a bit one-note; particularly the exhausting mrs. miller and—o no—alinor.

before you scold—i understand how tenuous her position is. i understand that even on the ever-shifting tidelands, one does not rock boats. i understand that a woman who has seen nothing of the world beyond her little isolated pocket of it; a mother of two with no man to speak for her, in a profession she has to keep emphasizing does not include 17th century viagra or magical spells, she’s gotta lay a little low and not be seen as shrill or strident or defensive or any of those words we love so much to hear when a reasonable woman responds to chronically unreasonable people. people like that broadly-drawn mrs miller, for example. and i didn’t need her to be anachronistically assertive or ooh-rah empowered, but even a little spark in her interior life would have been welcome. one suppressed eyeroll or clenched fist. an acknowledgment that her public-facing demeanor takes effort. she’s placid as a messiah, turning all the cheeks, and every sentence she speaks is delivered “simply,” “evenly,“ “cooly,“ “steadily,“ “levelly,“ “easily“… it’s an impressive number of synonyms for an endlessly agreeable person, but it doesn’t give her character much depth. her daughter alys makes up for alinor’s lack of indignation, but as a character, alinor reads psychologically flat.

my last gripe, i swear, but as far as the ending – it’s so…disruptive. i mean, it depends where the series goes from here, but gregory spent so much time developing this physical location and this social community only to basically erase all that hard work with a JK NOW IT IS THIS, abandonment of everything we’ve been working towards.

anyway. this historical element is strong, the witch element is brief, the romance element is…present. i will probably keep reading the series, but am hoping the next one is more focused on people losing their minds over witches.