The Hunger by Alma Katsu
My rating: 4/5 cats

writers adhering to this philosophy can either turn that historical atrocity frown upside down and play it for laughs by making zombies stagger across the deck of the titanic, OR use it to exculpate humanity by redirecting blame; identifying a villain that is not (or no longer, in the case of the undead) bound by human expectations of civilized behavior – ‘oh, hitler was a vampire, no wonder he so bad!’ OR the supernatural can be used to enhance the horrifically real – gently drizzling the past’s bad times with a monstery glaze.

The Hunger is an example of this third approach. nothing about this story has been lightened by its transition into the monster mash-up genre, and while some of the unneighborly impulses can be attributed to dark inhuman forces, there’s plenty of ordinary shitty behavior that’s as human as it gets.

as you probably already know, this book is about the donner party, a manifest-destiny sitch gone wrong and one of the main reasons there are so many mcdonald’s studding the lengths of america’s highways. travel-hanger = danger.

like The Terror, which is another example of this brand of historical ripped-from-the-headlines horror whose gaps are filled with monsters, both nature and the ancient-unnatural contribute to a tragedy played out in a desolate landscape where it’s desperately cold, people eat people, and the snow keeps its secrets.

also similar to The Terror is the fact that, for a suspiciously long time, this reads more like historical fiction than horror, to the extent that i thought i had misunderstood something along the path of me-wanting-this-book. don’t get me wrong, i was enjoying it, but it was a slow-paced, well-researched historical whose events were plenty harrowing without any monsters, and once the spooooooky element did slink into the story, it wasn’t to provide additional horrors, it was just offered as an explanation for why the real horrors occurred.

not that an explanation was needed – i mean, this was a situation already pretty much bound to fail – the proto-reality show about the explosive potential when strangers from different backgrounds, religions, and financial means were thrown together, responsible for themselves and their families, but also dependent upon each other for survival over an unpredictable, under-explored terrain where one misstep could lead to disaster, where a few ounces of cargo could be all that stood between survival and destruction. the dilemma of protecting one’s own vs. the good of the group – whether you could afford to help out a less fortunate family when the unexpected arose, if doing so might cause your own family to suffer, mistrust, travel-fatigue, paranoia, the temptation of other men’s wives and daughters (whether these opportunities were being offered or not), cold and mud and wind and rain and boredom and the smell of oxen and unwashed human and children crying and jesus is it any wonder people started eating their fellow-travelers when provisions ran low miles from anything except snow and … more snow? i feel half-mad just typing all that out and it might not even take anything as extreme as watching someone i love starve to death before i started seeing everyone around me as a walking buffet.

as a historical, it’s grand – the backstories of those involved are amply fleshed out; fattened for the slaughter & all the better to eat you, my dear. it explores why people decided to take the journey despite the risks – what they were running from, what they hoped to find, what their alternatives to attempting the crossing were, and although i’m not convinced this story needed an extra push into the eerie to explain why it all went so horribly wrong, the mythologized bits are woven pretty tightly into the real facts and it’s well-blended, without seeming shoehorned in or silly, which is no small feat.

the epilogue was a bit disappointing – after such a long and languid book, it’s kind of a confusing blurry rush of a ta-daaa, but other than that, high marks from me. 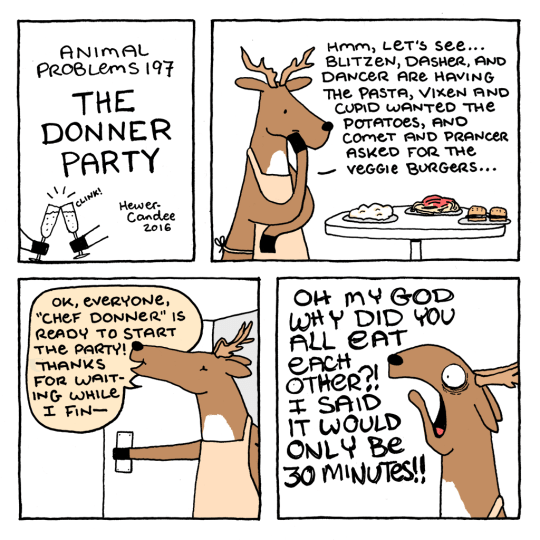