The Worm and the Bird by Coralie Bickford-Smith
My rating: 5/5 cats

soooo, apparently i’ve become a downer. which is not a shocking realization; more a confirmation of how my ever-declining circumstances have affected my mood and outlook and productivity and now, even my ability to interpret books.

because if the intended message of this book is “about searching and hoping, and how the smallest moment can be beautiful,” then i have never been less in synch with my own takeaway lesson.

the book itself is beautiful – no surprise there, from its gilded cover to its endpapers front 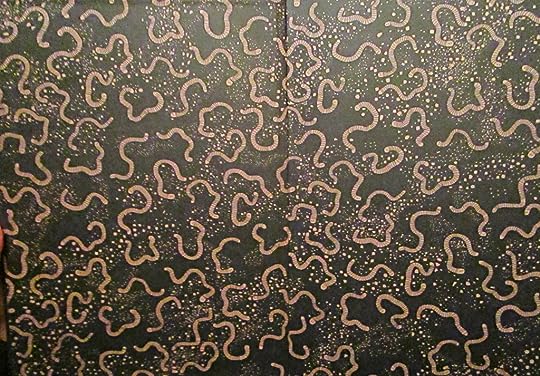 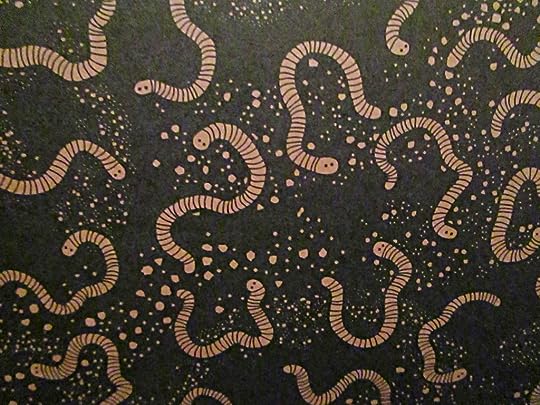 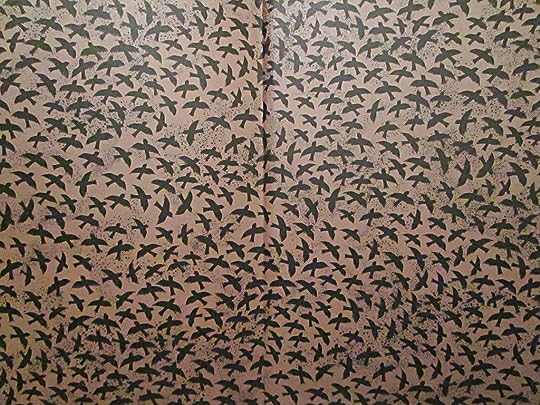 to its illustrations, color scheme and autumnal tone. all physically beautiful.

but if all interpretations are valid (and they are), and dependent upon what the reader brings to the task, well, i must be the bleakest of bettys. i don’t want to ruin the story for you (even though, like The Fox and the Star, its charms are weighted in favor of the images), so suffice it to say, the first half of this story is presented from the perspective of the worm, and the second half from the perspective of the bird.

i could not help but relate to the worm from the first sentence in the book, There’s not much room where I live, an invertebrate-version of urban living and the teeming commute: 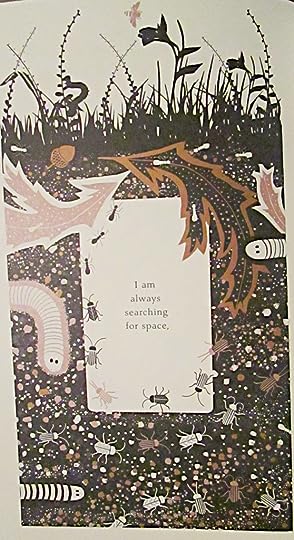 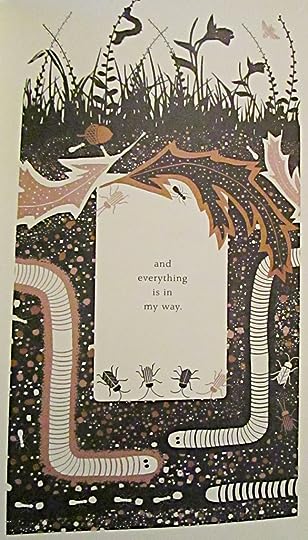 the hectic pace and grueling determination just to get by: 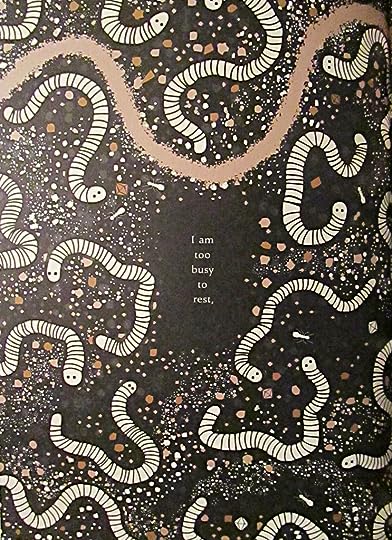 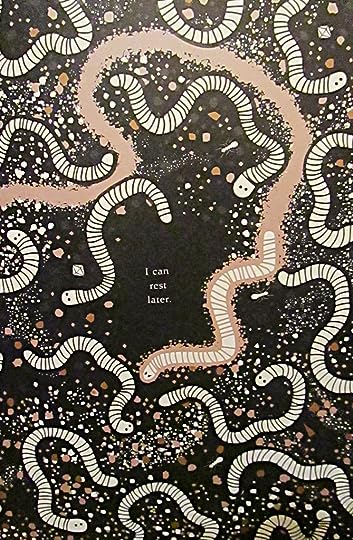 i have no problem relating to that worm, just like i relate to the ant in that grasshopper/ant fable, for all the good it’s done me. this little worm does what needs doing and sacrifices rest and pleasure and guts it out until he starts dreaming about maybe being a little more than he is, having a little more space, experience, opportunity – to break free from the crowded, busy soil and see if the grass is greener on the other side of the terrain. AND SO he risks it all and exerts himself, pushing his way to the top, anticipating an improvement over the cramped and stressful life he’s endured; a reward for all his diligence, and when he finally pokes his little worm head above the ground, he sees a bird has been waiting there all along for him. 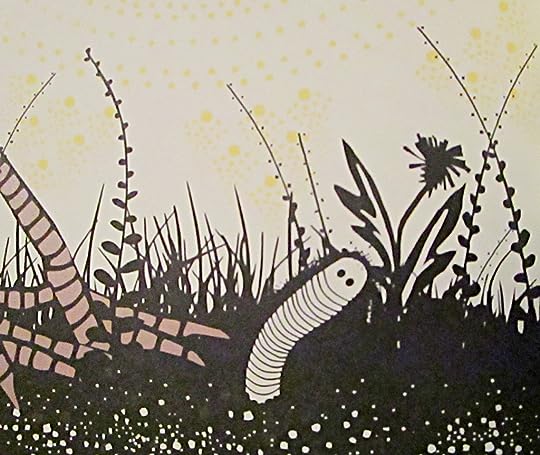 and spoiler alert, bickford-smith is a traditionalist when it comes to bird/worm relationships, so it doesn’t exactly go like this:

and yes, before the POV switches to that of the bird, the worm does get to do something he never thought he would, but lemme tell you – it is a REAL fleeting joy.

so, if you want to see this as a triumph and a (seriously – really brief) reward for hoping and taking a chance, you’re a better man than me. all i see is that putting yourself out there ends in tragedy and failure, so even if your life is horrible and unrewarding, that is just tough titties for you, because some people were just meant to eat dirt all day and thinking you deserve more than your lot is a good way to become food for someone else’s babies. 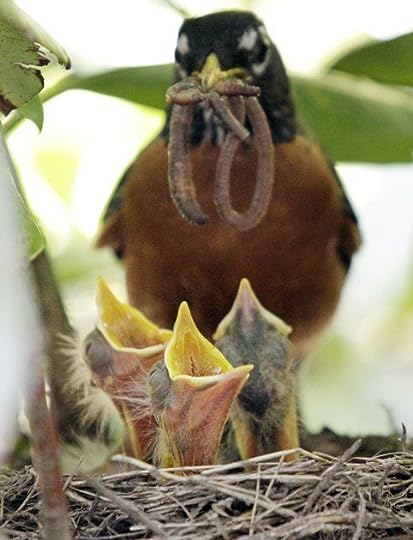 or maybe i’m just projecting my struggle to find meaningful work upon this tale and maybe i’ve been the worm long enough and if i hang in there just a little longer, maybe someday soon i can become the bird. 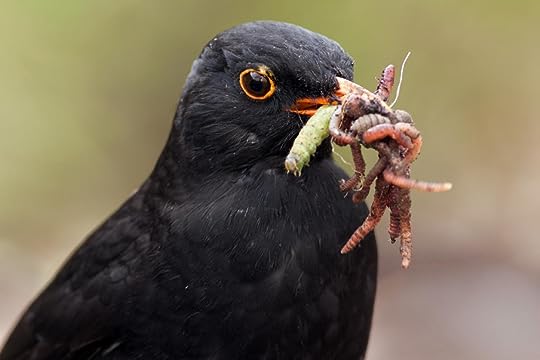 and then everyone will want to hire me!

a beautiful book to look at. what you take away from it is your own little rorschach test.

and i hope the early worm gets that bird…