The Visitors by Simon Sylvester
My rating: 4/5 cats 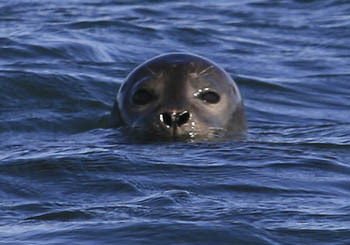 there’s a sustained haunting quality underlying this novel with a white-noise hum that kinda shivers underneath your skin even after you’ve finished reading. it’s a scottish coming-of-age gothic novel with both fantasy and mystery elements which i know sounds like someone getting a little too greedy at the plot store, but i’m telling you, it works.

part of it is the setting. you give me a sparsely-populated, non-tropical island story with a teenage girl yearning for more life than the geographical isolation and technological fickleness that makes up her world and you got poignant covered. you add mysterious disappearances and dark mythology, and the spookiness is stirred in. and there’s not much i like more than poignant spookiness.

here we have flora, seventeen and restless. she lives on the scottish island of bancree with her mother, her stepfather ronny, and their baby jamie, where the tapwater runs thick with peat and flora has to take a ferry to the mainland each morning to attend school. her boyfriend richard; whom she has known her whole life, is a year older, has just left scotland for university in bristol, and has promptly broken up with her. since richard was one of the few teenagers who lived on bancree, and all of her school friends were made up of his older and now departed crowd, flora is completely alone entering her final year of high school.

she’s not angry about the breakup, but she is angry that richard is living the life she wants so badly for her own – new people, new experiences, and all the glamorous mistakes of young adulthood.

My anger wasn’t for Richard. That was only a fleeting thing, a distraction. And it wasn’t even anger. It was jealousy.

Going out with him was an escape – my route to freedom, a cord that connected me to the world outside. Richard had cut that cord, and I felt robbed and hollow, the cavern of my stomach writhing with tiny, wormy things. Frustration, envy, sadness. It should have been me who’d escaped into a new life, drinking in bars and meeting new people. It should have been me doing the breaking up. The dumping.

but flora soon has plenty of distractions of her own: she is assigned a research paper on the history of the selkie myth, several bancree men go missing, including a close friend of ronny’s, and she meets ailsa, a girl of her own ago who has just moved with her father to dog rock – a location even more remote and foreboding than bancree. the two girls develop a fierce bond, despite the air of grief and mystery that surrounds ailsa and her father, and the lines between reality and fantasy blur as the tension surrounding the missing persons cases escalates and the very future of the island is uncertain.

there are a lot of strengths to this novel. the descriptions of the sea, the island, the weather, the wind – they’re fantastic and they make for a clear, well-defined setting as interesting as any of the characters.

the coming-of-age elements are also superb. flora’s desire to start her adult life is palpable, and her frustration and future-dreams are effective and moving because they live inside such an articulate, intelligent and capable girl, not just some wistful dreamer.

sylvester writes flora’s family dynamic very successfully, in all its delicacy. flora’s is a loving family, but she feels the teenager’s sense of being in the way; that there’s no place for her in her mother and ronnie’s “new” family with jamie. the fact that the house is so small that flora’s leaving will actually improve their living conditions is something flora acknowledges as a practical reality and not a personal slight, but as much as she wants to leave, there are always conflicting emotions wound around major life changes, and sylvester does an excellent job of layering them all in and still maintaining some of that melodramatic adolescent angst:

Crossing to the Co-op, I strolled the harbour edge, weaving between the mooring posts, looking down into the water. It was tinged turquoise and astoundingly clear. Clusters of weed hung russet in the wash. Tiny fish flickered around a hanging hawser, long-forgotten and now without a purpose, thick with barnacles and slime. For those little fish, that hawser was a universe. I knew how they felt. My shoes scuffed on the old stone blocks that edged the harbour.

flora’s research into the selkie myths is also a strong component to the story, and there are several great discussions about the nature of storytelling and tradition and the origin and development of mythologies over time, and the conflict between oral tradition and the written word. most of these occur between flora and izzy, who lives on the beach and is a sennachie, or professional storyteller

‘Write up the bones of it, if you must. Get the basics of it for your homework. But don’t write the whole thing like I told it you.’

‘Why not?’ I said, confused

He huffed a bit.

‘Look,’ he said, ‘this might sound daft to you, lass. But my stories are about the telling and the hearing, not the writing and the reading. They’re all for talking out loud. They’re about this, and that, and this,’ he said, pointing haplessly at the sky, and the sea, and the cracking fire. ‘If you write them down, they’ll lose some of the magic.’

the disappearances, although technically the most dramatic aspects of the book, are actually pretty much just backdrop. there are definitely repercussions and they have importance to the story, but the center of this stage is reserved for atmosphere and setting; it’s immersive, chilly, filled with tea and jumpers, and flora shines as a character in her growing awareness of the world around her, her inner landscape, and her her resistance to letting go of wonder

‘What’s wrong? What can’t you handle?’

She smiled, blandly, and shook her head.

She traces her fingers over the front sheet.

Frowning, she thumbed through the report.

Fragments of words echoed on the whiteboard. Nothing survived entire.

‘That’s all part of growing up, Flora. You know that, don’t you? You must know that? It all goes in the end.’