The Tyger by Tegan Moore
My rating: 4/5 cats

He wanted to feel little-kiddish again, that safe kind of scared that didn’t seem to exist anymore.

jules is twelve years old, attending the wedding reception of his beloved aunt lydia, which is being held at his favorite place—a natural history museum whose interactive exhibit, the Path Through Time, takes visitors backwards through the stages of human civilization, ending up in man’s wild and unprotected beginningtimes, with a memorable figure. 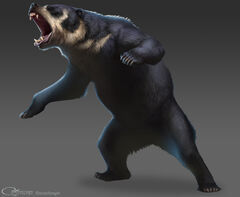 Stepping onto the Path’s nighttime street was like being picked up out of normal life and set down in olden days, and then, as you walked, older and older days, and all the way back to when animals were huge and everything was tusked, with the short-faced bear at the very end of it all, Arctodus: slavering, shaggy and clawed, his roar filling the room, teeth and tongue slimy and eyes like holes in ice, monster-king of the Path.

Arctodus was in every kid’s nightmares; once you walked the Path he was with you forever, like a god. The Path led you to him, whether you hurried or didn’t. Half the pleasure was knowing the horror you were headed toward.

the path through time that the museum depicts is the exact opposite of what jules is experiencing on his own path through time; the past may have been more dangerous to capital-m man, but his childhood was so much safer and more stable than his life is now; with his parents divorced, and his aunt and mother’s relationship in a precarious place, presumably because of his mother’s drinking, her public emotional outbursts, and her bitter grief over her failed marriage to an unfaithful man.

jules is coming to realize there are only more tusk’ed problems to face and no knowing what horrors are to come, and he’d love to return to the place where the scariest thing in life was a taxidermied bear.

but on this night, without the crowds and the daylight, surrounded by the distant sounds of the reception’s revelries, the path through time is a little bit different than it has been on his previous visits, and as jules heads towards the horror he knows, he might discover something different waiting for him at the exhibit’s end.

a lovely and bittersweet little story about growing up and dealing with all of it, with taxidermy animals as metaphor.

They’d been alive, once, and now they were dead but pretending they weren’t. 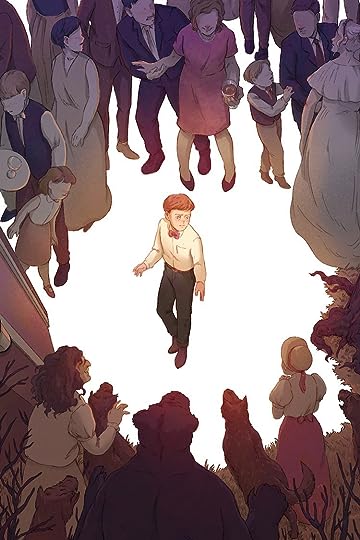