The Raven Tower by Ann Leckie
My rating: 4/5 cats

i had high hopes for this book. leckie’s imperial radch trilogy has been so celebrated by the SF kids that even i wanted to read it, and SF books have always had very limited appeal to me. when i heard she was doing a fantasy novel this time out, i figured that would be a more suitable entry point to her work for me, as i am *marginally* more qualified to assess fantasy than SF.

and maybe it would have been, but this was actually my SECOND fantasy novel of the month, hot on the heels of Black Leopard, Red Wolf, which took a lot out of the mental reserves required for me to process fantasy. i don’t think i’m dumb, necessarily, but i’m fantasy-dumb, and i admit — i struggled with this one.

i was wrestling with the challenge of writing this review, which is always an issue when i KNOW my medium-temperature reaction is a case of me not being the right reader for a book, and not the book that’s lacking in any way, so i decided to check out the (starred) kirkus review, to see how i fell short, where i found this intro/summary:

The land of Iraden is apparently the territory of two gods: the god of the Silent Forest, who protects the country and offers occasional advice to his chief votary, the Mother of the Silent; and the Raven, who speaks through a living bird known as the Instrument. Advised by a council of lords and the Mother of the Silent, the ruler of the land, known as the Raven’s Lease, gains power and authority from the Raven through his oath to sacrifice his own life when the Instrument dies.

yes. that’s what it was. that paragraph is pretty much the reason i don’t read much fantasy. i prefer having at least one real-world anchor when i’m reading because when there are too many unfamiliar people, places, things, social orders, cultures, traditions, etc, my brain just… breaks trying to keep track of everything. i’ve read the book already and that kirkus paragraph still made my brain break.

there are so many gods, many more than were mentioned above, the hierarchy of which was hard for me to wrap my head around – small gods, ancient gods, regional gods with different strengths and shapes and abilities…

the book is narrated by one of these; an ancient god known as The Strength and Patience of the Hill, who is physically manifested as a stone. it’s written in second person, but where the “you” addressed is not you-the-reader, but eolo, a character in the book whose journey is being observed, and reported, by this rock-god.

not this rock god:

nor this rock god: 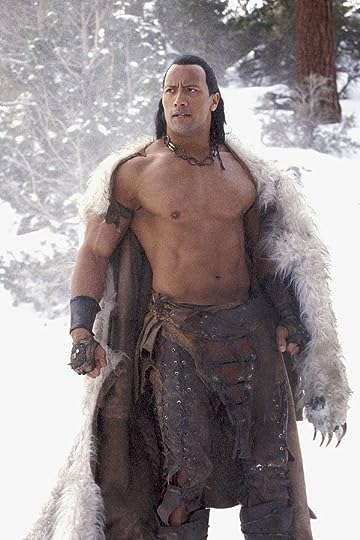 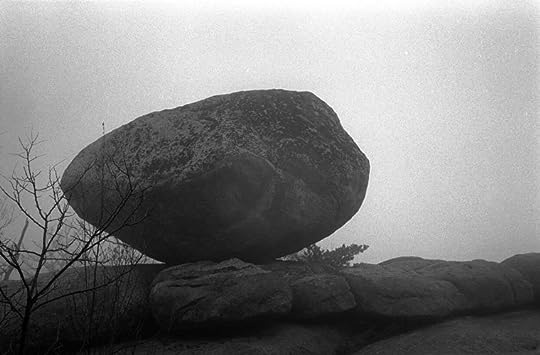 eolo can sometimes sort of sense this god’s presence, while it is detailing his every move, like a more stationary joe goldberg, and eventually their paths will cross.

this god takes its time.

all the parts that followed eolo and marwat were great: shakespearian family drama, political intrigue, battles, invisibility amulets and secret staircases, but in the alternating storyline, when The Strength and Patience of the Hill was looking inward and backward and ruminating (or chatting with its god-pal The Myriad — who presents as a scourge of mosquitoes) about the other gods and their origins and power struggles and feuds from time immemorial, i found it confusing and slow. it’s true, the ancient god is operating on a god’s timetable and everything it does is painfully slow, often to the detriment of those who still worship it, but iiiii do not have the patience (nor the strength) of a hill, and i kept getting squirmy during those parts, flipping back and rereading, trying to keep it all straight in my head, feeling bogged-down and slow, wanting to get back to the usurped thrones and assassin-twins and transgender warriors and all the dingdang machinations.

the godparts definitely have a purpose and there’s a lot of rich and fascinating food for thought therein about language, religion, creation, imagination, tradition and how to bend the rules, but they made me feel heavier and wearier, slowing my reading stride.

i was feeling a three-starcat for this and that ending scootched it up to a four.

i need to go recharge my brain’s fantasy-batteries, for better luck next time.