The Once and Future Witches by Alix E. Harrow
My rating: 5/5 cats

okay, so this was a bit of a cheat on my part. i knew going into it that this wasn’t going to be the most spooktobery of spooktober reads, but my whole deal of “only reading horror in october” is a self-imposed condition-tradition, and since i could justify reading this because witches are a halloween-decoration staple, i let my conscience be my guide because i really REALLY wanted to read it. and while it was in no way scary, it was scary-good.

as much as i loved The Ten Thousand Doors of January, i loved this one even more. it’s as beautifully-written as her debut, but it’s a much bigger story, more ambitious and more rewarding. it’s about three estranged sisters reuniting, but it’s also about Sisterhood; about what women can accomplish when they are united in a common cause, and it’s both a celebration and a triumphant battle cry of defiance and female power.

the worldbuilding is incredibly dense—set in alt-history 1893 in the town of new salem, it loops in historical elements like the suffragette movement, the underground railroad, the triangle shirtwaist factory fire, the salem witch trials, and fairytales (genderswapping their authors into the sisters grimm and a female perrault). harrow packs a lot into this story, but every part has weight and purpose and it never feels overburdened.

the magical elements are handled with great restraint. it’s not (all) presented in big, dramatic, showy spectacles, but in small, household magic cobbled together and repurposed inventively—female ingenuity making the most out of what they have; their magic hidden in plain sight in all the overlooked and underestimated domestic trappings of women’s spheres. it’s a practical, modest; “That’s all magic is, really: the space between what you have and what you need.” here, magic is a legacy handed down through generations, what women use to compensate for what they’re not permitted to have or be or want, or as she so eloquently, alliteratively states, “witchcraft isn’t one thing but many things, all the ways and words women have found to wreak their wills on the world.”

i’m not particularly drawn to witch stories, but in order to fulfill a social anthropology requirement my freshman year at nyu i took a history of witchcraft course that i ended up lo-ving, and reading this, i recognized enough in the detail work to make me appreciate how much dingdang research harrow must have done. i’m in no way slighting her powers of imagination, but there’s a lot of history in this alt-historical, which takes time and effort to accumulate, and skill to incorporate without it seeming clunky. it is also to her credit that she included witchcraft traditions with more of a global consideration than most writers, drawing from the west indies and russian folklore to make a richly textured magical melting pot.

inclusion is, after all, one of the big themes here. historically, witchcraft accusations were essentially a way for a society to rid itself of its troublesome women—to get a new wife, to remove a sexual rival, to punish a trollop, to divest itself of the burden of the elderly. midwives and others who worked in the dark arts of women’s health were also frequently targeted, for all the reasons you’d expect. in repressive societies, nonconformists who offended the olde god-fearing sensibilities could very publicly be executed as witches, keeping potentially unruly women in line. and harrow makes a place for them here, a witchy found family of these mothers and maidens and crones, these whores and abortionists and foreigners, these lesbians and trans women and women who wanted more from life than they were given. AND SHE GIVES THEM BROOMSTICKS.

i love her so much.

four years ago, i read her story The Autobiography of a Traitor and a Half-Savage (read it for free here), giving it five stars cats and ending my review with the declaration: “this author has just made my watch list.” then last year, having forgotten that vow and not recognizing the name, i read both The Ten Thousand Doors of January, and A Witch’s Guide to Escape: A Practical Compendium of Portal Fantasies (read it for free here), and i gave both of THEM five stars cats. and that’s pretty rare for me. a five star cat book means it hit me and lodged in my brainheart. going into this one, i was apprehensive because the early reviews ranged from disappointed to baffled, but that was not at all my own experience—this one hit me hard with its characters and lodged in my brainheart but good with its breathtaking prose and its layers and layers of build. and so many great lines. i’m a filthy page-folder, and even though i didn’t want to dog ear this one at first because it is so beautiful, and also because it’s so hard to find a pagefold in a deckle-edged book, eventually i couldn’t help myself and i regret nothing.

she has an as-yet-untitled book coming out in 2021, and i cannot wait.

this is more of a note-to-self, but feel free to peer over my shoulder: the whole time i was reading this i was picturing bella as daisy from Giant Days, Vol. 1: 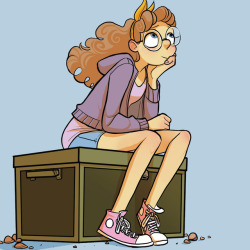 and as i was writing this review today, i realized that confident, messy, impulsive esther would make a fine juniper (tho she’s no maiden) 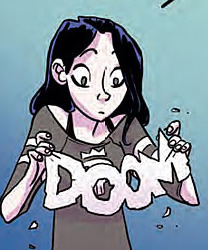 while fierce, independent, and protective susan is very much team agnes. 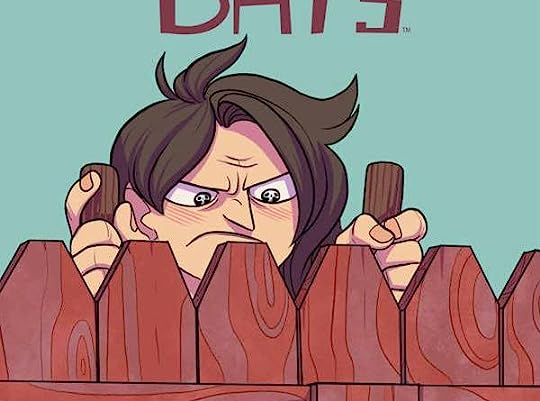 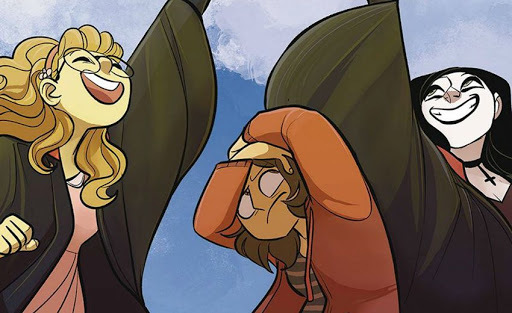 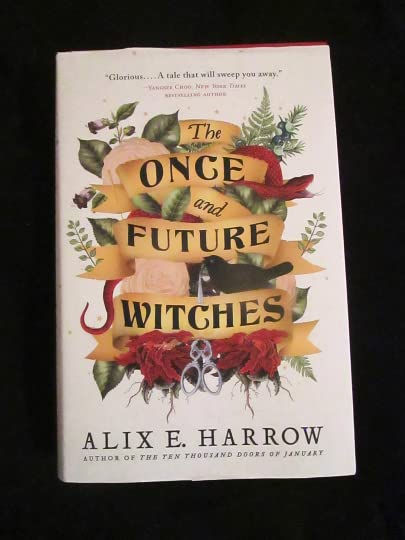 this beauty just arrived at my HOME! and i’m stuck looking at it longingly for at least a week before i’ll have time to dive in. ggrrrrrrrrr

i can’t breathe with that cover. i big-need this.