The Maid by Nita Prose
My rating: 4/5 cats 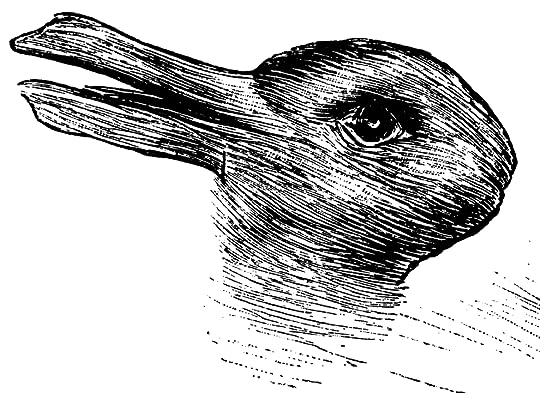 Today at work, I found a guest very dead in his bed. Mr. Black. The Mr. Black. Other than that, my work day was as normal as ever.

do you see this narrator’s casual reaction to discovering a corpse as neurodivergence or sociopathy?

The Maid is a book in which (mis)perception and (mis)interpretation figure prominently, and although, like American Psycho, it’s a full first-person immersion into the observations of an unreliable narrator that challenges the reader to look beyond what’s being shown on the surface level and use context clues to decode what’s really going on, this narrator ain’t no patrick bateman sociopath—she’s much more interesting.

“I’ve learned to doubt myself and my perceptions of the world around me. I do realize I’m different, you know, different from most. What I perceive isn’t what you perceive. Plus, people don’t always listen to me. I’m often afraid I won’t be believed, that my thoughts will be discounted. I’m just a maid, a nobody.”

i read an ARC of this book back in MAY 2021, over-the-moon delighted to have received such an early sneak peek at a book that wasn’t going to be published until JANUARY 2022. figuring i had plenty of time to review it before pub day, i triaged my workload to focus on more pressing concerns, and suddenly it was less than a week until THE BIG DAY and i had…nothing.

you know who wouldn’t have dropped the ball so shamefully? molly gray—the twenty-five-year-old titular maid whose hard-working, matter-of-fact attitude makes her the very poster child for efficiency. unparalleled when it comes to removing stains and tidying away the messes the hotel’s guests leave behind, molly is charmingly oblivious to the dirty deeds going on all around her. and that’s how she finds herself embroiled in a criminal investigation that begins with the murder of a prominent guest, but eventually uncovers a number of unsavory goings-on molly has unwittingly been facilitating.

there’s been a sort of cozy mystery revival recently; a publishing trend of christie-like low-gore murrrders: The Appeal, The Thursday Murder Club/The Man Who Died Twice, alla those Anthony Horowitz books; mysteries that are brisk and wholesome, warmhearted without being cloying. these neo-cozies are a bit more literary than the ones with punny titles where cats solve crimes, but although they don’t have any recipes (boooo), they fulfill the same thirst for soothing comfort and escapism—light and de-light-ful, they are What We Need in these horrid times of ours.

this one’s a locked room character-driven cozy that takes place over the course of molly’s monday-friday workweek. polite, staunchly literal, and honest to a fault, she’s newly unmoored and adjusting to living alone after the death of her beloved gran, who was her lodestar through the murky thicket of social expectations and behavioral cues.

the transition has been difficult.

With Gran gone, much of the time I feel like a blind person in a minefield. I’m constantly stumbling upon social improprieties hidden under the surface of things…One of the reasons why I love working at the Regency Grand is that there’s a rule book for conduct. I can rely on Mr. Snow’s training to tell me how to act, what to say when, how, and to whom. I find it relieving to have guidance.

even before her gran died, molly had always been happiest at work—she takes pride in her job and finds comfort in the routine, safely invisible in her crisp uniform, deeply satisfied by returning things to a “state of perfection.” it’s a profession well-suited to her idiosyncrasies and her need for order—she can’t always gauge others’ intentions and she struggles with nuance, but she can see when something is out of place, even if she doesn’t always understand its significance.

her singular outlook can make her an easy target for manipulation, which the reader registers even if she herself does not, and how others treat her makes for a good barometer of their character—whether they are kind and patient towards her, or whether they mock or take advantage of her.

The truth is, I often have trouble with social situations; it’s as though everyone is playing an elaborate game with complex rules they all know, but I’m always playing for the first time. I make etiquette mistakes with alarming regularity, offend when I mean to compliment, misread body language, say the wrong thing at the wrong time. It’s only because of my gran that I know a smile doesn’t necessarily mean someone is happy. Sometimes, people smile when they’re laughing at you. Or they’ll thank you when they really want to slap you across the face.

with no gran to guide her, molly’s difficulty navigating social interactions makes her a person of interest to the police, who find her unemotional response to finding the body suspicious and she fans those flames with her frank, unintentionally self-incriminating responses to their questions.

it’s an uncommonly confident debut novel; twisty and breezy and i’m sure there’s already a line of folks begging for the film rights. i’m not one of them, but i’m forming my own line, begging for this to be just the first book in a long-running series, because the world is still horrible, and molly’s brain is a great place to escape from it.