The Loop by Jeremy Robert Johnson
My rating: 4/5 cats

Is this where we’re at? Finding joy in the prospect of slightly diminished atrocities?

this is a single-night sf/horror bloodbath tale of biotech hubris gone explosively wrong. it’s being marketed as World War Z: An Oral History of the Zombie War meets Stranger Things, but it’s also got lovecraftian tentacles and cronenberg body horror. most succinctly, it’s “what if john hughes made splatterporn*?”

it’d be this: a sinister nightmarescape in smalltown oregon featuring outsider teens banding together to fight off the zombie-like attacks of the richie-rich kids who’d long tormented them with the human brand of mindless cruelties, now taking “mindless” and “cruel” bullying to whole new levels.

it’s a gorefest tempered with unexpectedly heartwarming elements—love and loyalty and sacrifice and all the verybest qualities of humanity, even when sometimes the most merciful, human thing you can do is put someone out of their misery with a wrench.

if you are the kind of person who needs trigger-warnings, who quivers at the thought of reading about people and animals suffering any physical and emotional trauma, whether it be racist namecalling or serial dismemberment, this ain’t your book, but if you want to read about a badass brown orphan girl’s enviable courage in the face of extreme circumstances and SO MUCH eye trauma, this will surely tick your boxes.

on a personal note, i probably didn’t do myself any favors reading this at the same time as bingewatching BrainDead—a show about outer space insects eating the brains of DC’s politicians and taking over their bodies toxoplasmosis-style, with more messily exploding heads than any of michelle and robert king’s other shows, but we all gotta live with our decisions, or die trying.

* and if he acknowledged the existence of races other than caucasian. 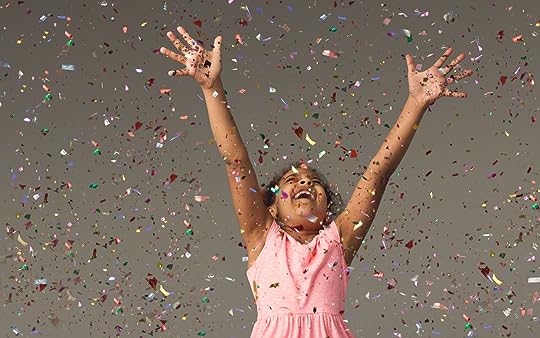