The Kurdles by Robert Goodin
My rating: 5/5 cats

thank you to greg for buying me a book!! and such a fun, cute, weird book!!

the illustrations are wonderful: 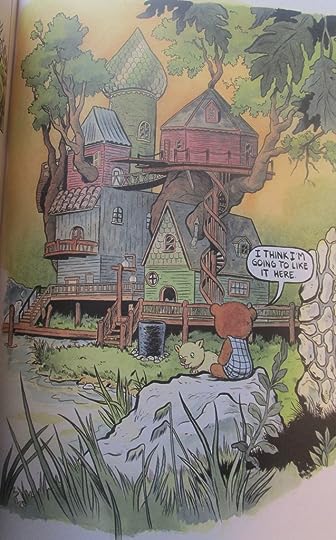 and i loved the story as well. 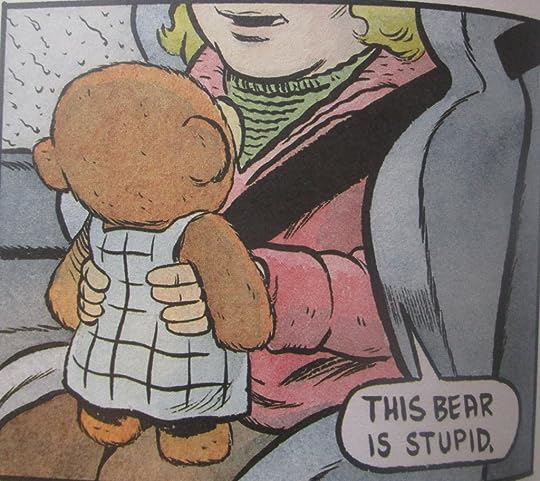 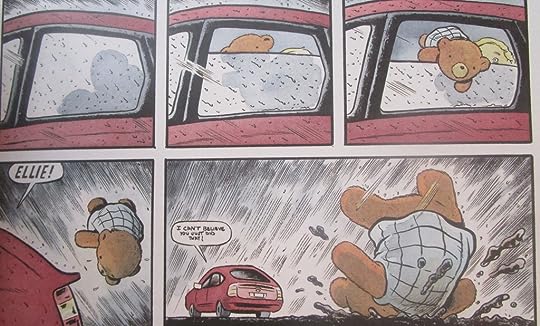 where she is captured by this giant bird! 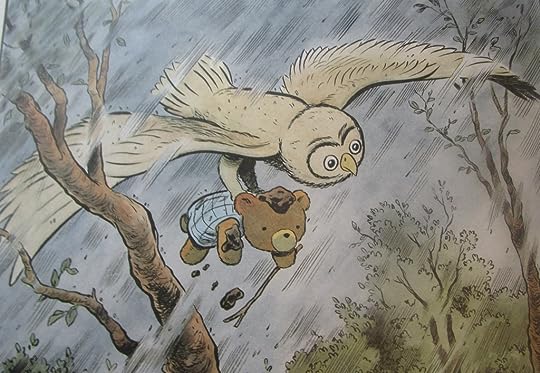 she escapes using the “hit with stick” method

but then falls into MORE mud and is nearly captured by ANOTHER creature.

but no means no 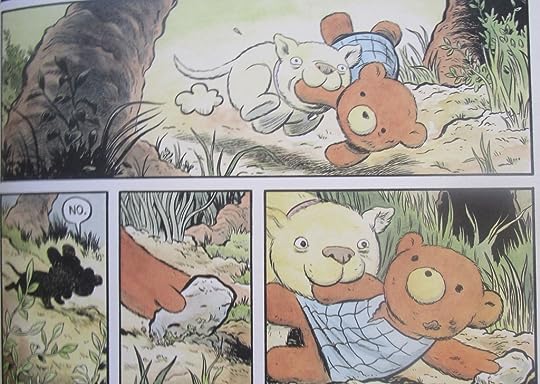 and if no doesn’t work, grab a rock.

sally is prevented from braining that puppy by a bizarre assortment of creatures. 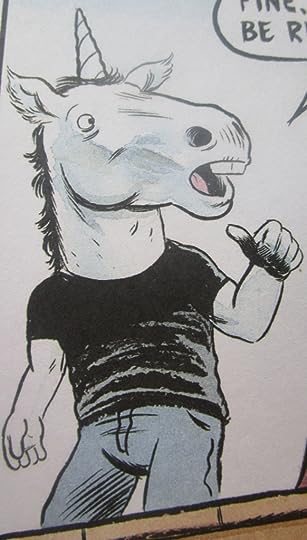 pentapus the…pentapus. who changes colors and has a neat hat 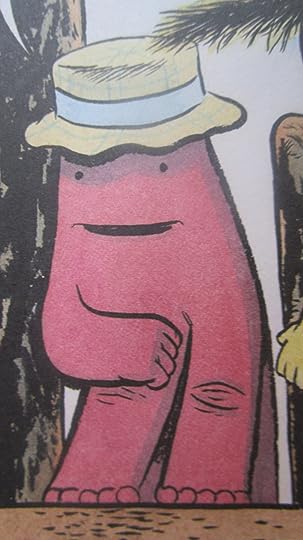 and phineas who is maybe a scarecrow? or is maybe just a guy with a scarecrow hat and a triangle nose. it doesn’t really matter. 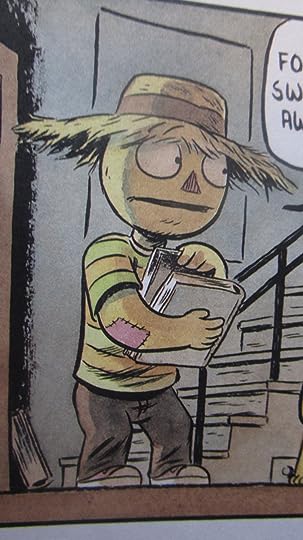 sally wants to go back home (although why is beyond me), but this little group is having their own problem right now. they promise to help her out after their crisis is averted, and off they go to their home.

and that’s where i stop telling you anything about the story, because it needs to be seen by your own two eyes. or one, if you’ve had an accident.

it’s definitely not something i have ever encountered in a graphic novel before, and the solution to the problem cracked me up and was, as miriam notes, trippy.

one thing to note: 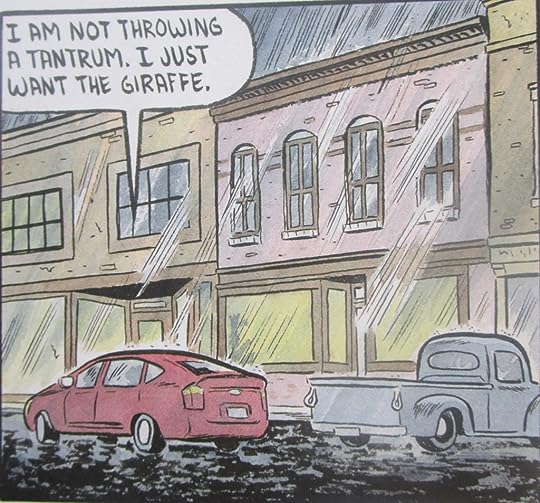 no, kid—THIS is how voice your desire for a giraffe without having a tantrum over it, jenny lawson-style

a wonderful present, and a super-fun book. i would love more adventures in this world.