The Female of the Species by Mindy McGinnis
My rating: 4/5 cats 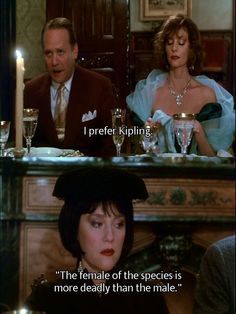 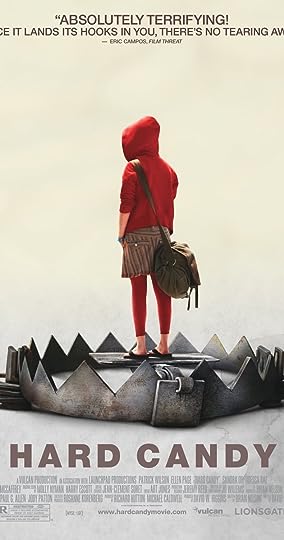 where to fucking begin?

this is going to be a hugely polarizing book. if you’re easily made squeamish by naughty language, depictions of teenagers drinking, doing drugs, having sex, or by violence (animal, people, sexual) or are otherwise a highly sensitive person, this book will probably play too rough for you. but considering how very often some of the events covered in this book make the news, the world probably plays too rough for you.

this book is important, honest, and in many ways realistic and it should be required reading for teenagers, but especially for teen girls. it’s definitely full of lessons boys should learn, but there are even more here for girls. i say “lessons” like it’s some kind of staid primer on etiquette, but it is far from that. it’s a gritty whipcrack of a book that has strong characters and story, but is also peppered with frank depictions about all the insidious ways rape culture manifests in the day-to-day, and about gender, behavior, teen sexualization, peer pressure, slut-shaming, jealousy, sexting, and female rage.

i will likely reference this movie a lot in the course of this review.

this story is told from three first-person POVs: alex craft, who found her own path to justice when her older sister’s rapist/murderer walked on a technicality – and then never walked again, peekay, the preacher’s kid; the epitome of girl next door, but the actual girl next door, not the stereotypical angel – she’ll drink and is pro push-up bra, and she’s representing everygirl here, and jack – the golden boy who has looks, smarts, popularity, talent, the cheerleader on his arm, a colorful sexual history and now, an interest in alex.

after her sister anna was killed, and alex gave in to her darker impulses, she’s remained on the sidelines of the high school experience; the perfect vantage point to study the oftentimes disturbing interactions of her peers. when she and peekay unexpectedly become friends, she illuminates some of her findings to peekay, pointing out the ways peekay has been unconsciously contributing to the “boys will be boys” attitude that ends up hurting girls and poisoning the sisterhood. she doesn’t use that word, but she’s definitely a feminist mouthpiece whose lectures would perhaps be off-putting if they weren’t coming from a mostly likable character whose odd way of talking is largely due to experiencing life through books instead of getting her teen socialization in a more traditional way.

throughout the book, there are many examples of disturbing behavior that has become normalized – nude photos sent to an ex by a girl dating someone else, to reel him in for some nostalgic casual sex, locker-room details about what female classmates look like naked and what noises they make during intercourse, girls bathroom-graffiti tearing down other girls, girls determining their own worth in terms of sexual currency, being oddly pleased when guys look at your tits when talking to you, or ogle them without the courtesy of a conversation, bitchy remarks over the provocative way another girl is dressed. (“She looks nice,” says alex), slut-shaming the girl who “stole” peekay’s boyfriend,

“You shouldn’t be that way about her,” Alex says. “I hear what people say and I bet half of it isn’t even true. And even if it is – fine. She’s no different from you and me; she wants to have sex. So let her…She likes boys, and she can get them. You were hurt by that, but it wasn’t Branley who hurt you. It was Adam.”

and it’s accepting all these thoughtless behaviors that perpetuates the dynamic where girls turn on other girls instead of holding boys accountable for their actions.

Tonight they used words they know, words that don’t bother people anymore. They said bitch. They told another girl they would put their dicks in her mouth. No one protested because this is our language now.

some of the examples were a bit on the prudish side. yes, the guy humping the basketball was maybe sexualizing gym class in a way that someone would find uncomfortable, but we don’t know what gender he was imagining that basketball to be, and sex-gestures are not made by boys alone. i’ve been known to make handy or blowie gestures or even full on penetrating motions, even though i do not have a penis of my own. sex miming is not always threatening or violent, it depends on the context. it’s juvenile, sure, but i mean no harm when i make jerkoff motions in place of saying “whatever.”

but, whatever. or, rather:

over the course of the book, as alex establishes her first friendship with peekay and her first relationship with jack, these positive emotions bring her other, darker, emotions closer to the surface. she is fiercely protective of peekay, and when she is threatened one night,

alex uncages the beast. but it’s not always easy to put that beast back in its cage. 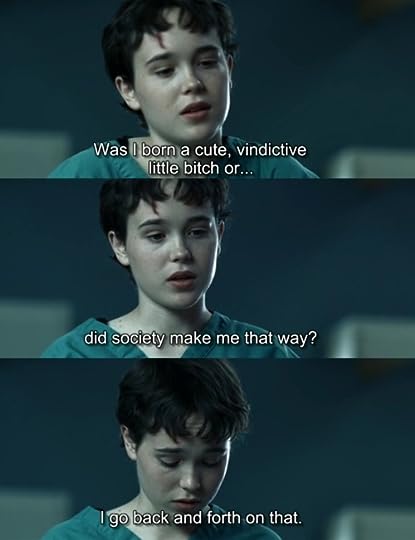 …he said, “How’s my little firecracker?”

Like it was a joke, this thing inside me. A cute quirk for a girl to have, our dark leanings reduced to one word.

I’m not fine, and I doubt I ever will be.

The books didn’t help me find a word for myself; my father refused to accept the weight of it. And so I made my own.

and she’s just excellent at being vengeance.

it’s not all horror and violence – there are bright shiny spots of hope and positivity. there is a scene with peekay and her friend sara having a tricky conversation with peekay’s parents that is both hilarious and emotional and an example of excellent parenting.

and the relationships between all of the female characters, as trust grows and resentments change, is beautifully, naturalistically, handled. alex and jack’s romance is also sweet, in the way it changes jack’s priorities and allows alex some happiness, albeit a complicated happiness.

I text Alex and tell her good night, she responds with the same, and I hold my phone tightly, too aware that the present is all we have if I can’t mention the past and she won’t talk about the future.

but alex is a complicated kind of girl – she’s lived through an experience that shattered her family – turning her mother into an alcoholic who never leaves the house,

Nothing is ours; nothing is sacred. The one thing we shared was pulled into pieces, memorialized and mythologized so that everyone could participate in it. When she was missing, Anna’s picture was tacked in so many places around town it’s what I see when I think of her, not her actual face. I see that picture next to a lost cat poster and a lawn-mowing service advertisement.

I learned later they did find that cat.

and has darkened her entire worldview

Anna told me I would understand about boys one day. She said that everything would change and I would look at them differently, assess their bodies and their words, the way their eyes moved when they talked to me. She said I’d not only want to answer them, but I’d learn how, knowing which words to use, how to give meaning with a pause.

Then a man took her.

A man took her before I learned any of these things. He took her and kept her for a while, put things inside of her. Of course the obvious thing, but also some others, like he was curious if they’d fit. Then he got bored. Then he got creative.

Then my sister was gone and I thought: I understand about boys now.

And she was right. Everything did change. I look at them differently and I assess their bodies and watch their eyes and weigh their words.

But not in the way she meant.

this book definitely left its mark on me. i murmured “holy shit” several times while reading it, because it is SO FAR beyond what YA lit of my youth was,and the fact that books like this are necessary (and they are), is depressing.

it’s not perfect – i have some logic-questions, and alex is just a little too knowing for her age and experiences, but a book that reminds girls to be cautious and self-respecting and to call dudes out on their bullshit, and reminds guys to be respectful and that stupid decisions have consequences, well – i’m a fan.

not everyone will appreciate being punched in the face by a book.