The Dog Who Would be Prime Minister: A Journey from Battersea to Downing Street by Mike Stone
My rating: 3/5 cats

i want to love this book, but it is not meeting me halfway. these covers and titles DELIGHT me, 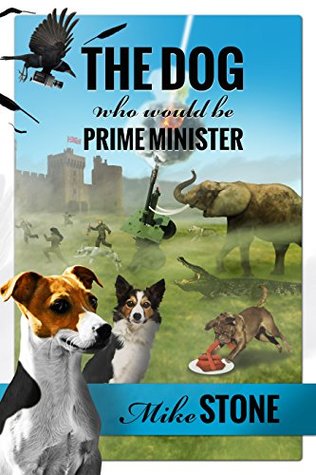 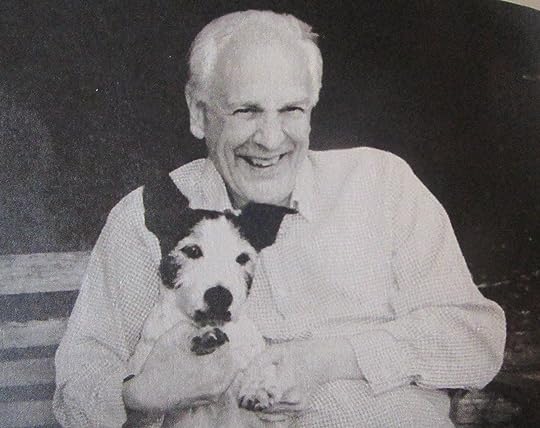 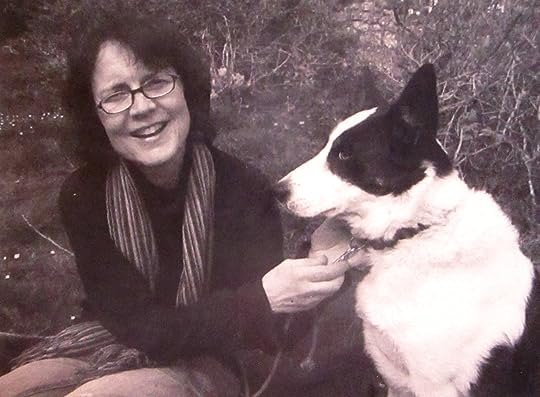 but it wasn’t my favorite doggie book. i’m not sure if this is meant to be satire or allegory or if it’s just…words. there are definitely jokes and references i’m missing here, requiring a more granular familiarity with specific regions in the UK, but there’s also a lot i’m not understanding in the finer points of stone’s animal/human distinctions as they manifest in both his imagined social climate and the animals’ biological capabilities.

in this book: all animals can talk and be understood by humans, they can hold jobs and own property, be arrested and be captains of industry, but despite all this, they remain “animals” in the social hierarchy; there are zoos, and dogs are pets whose poop is picked up by their ‘owners.’

they can also operate heavy machinery, corner the construction market, do cocaine and smoke pot, use a knife to stab someone, etc.

to say it leaves questions unanswered is an understatement.

i’m fine with treating it as a fantasy or representational writing, but in order for that to be effective, there needs to be a clear message or purpose, and there isn’t one here. it’s a kind of all over the place loopy animal adventure that is messy and confusing and i wanted so badly for it to be more fun than it was. yes, it is ultimately about animal rights, but it’s not about, i wanna say *real* animal rights. their “wins” don’t gain them equality with humans—they can vote, but there are still zoos, just…bigger zoos? and this: All zoo animals would be entitled to enjoy a West End show, a trip to the seaside, and a swim in the Thames at least 4 times a year.

is that a win for all animals? is a zebra gonna appreciate the seaside? is a camel gonna swim?

…the right to bark at any time…the right to lay down and snooze or have a wee at any time, night or day, in any car park, parking space, local park, or petrol station, and the right to gather in groups of up to 1,000 in any churchyard, train station, theatre, cafe, cricket pitch, bowls lawn, football pitch, church, mosque, or restaurant.

Boats that overfished on any sea would be torpedoed without warning.

i am no fan of overfishing, but it’s not like trophy hunting—those fish are being caught as food, so that law means a whole lotta creatures died for nothing. very wasteful. better to wait for the boat to come back to shore, distribute the already-dead fish where they were gonna go anyway, and feed the offending parties to sharks.

and this new law is silly and wrong-headed:

Cats would HAVE to be nicer to birds or face having their cat flaps sealed forever.

birds should be nicer to US. and cats are fine living out on their own. they scoff at our cat flaps.

etc etc etc. i’m spending too much time and overthinking what is probably intended to be a fun book of light escapism, but a lot of this just made no sense to me.

that’s not to say there was nothing fun to me—i like that there are at least three different dating websites for crocodiles, and that one of the crocodiles mentioned in this book, although not himself an active player, is named “Croc Monsieur.”

and this is a hell of a chapter 2 closing line, right?

No one would have believed that the persecution of these pathetic dogs by a murderous Mayor would in time lead to world revolution.

it’s got clear cinematic influences—there’s an Apocalypse Now sequence in vietnam, a Godfather sequence in new york, probably more if i stop to think it through, but there’s too much that’s simply…muddy.

it’s not bad enough to be ridiculed, which i wouldn’t do anyway because in my whole history of reviewing, i’ve only ridiculed a couple of assholes and those two supervolcano books harry turtledove wrote which were totally asking for it, although i’m sure harry turtledove is a really nice guy and a perfectly good author when he stays in his lane and doesn’t go off into cli-fi. this mike stone feller seems like a sweet and adorable chap, and it’s a well-meaning book although there are some things that would probably make an american millennial squirm—there are some characterizations that seem a little…broad. and it’s disconcerting—although lexically accurate—to have the ladylove referred to as a bitch all the time. although i did laugh at terrrence’s disastrous dating adventures, and his pooch-preferences: Terrrence adored big bitches.

i appreciated a lot of the author’s intentions, i just don’t think they always came together successfully.

also, that cover gives away a lot of third-act drama, and the title is such a liar. keeping in mind i have never read The Man Who Would Be King and know zero about it beyond “it was written by rudyard kipling” and “it was a movie,” this book doesn’t even get terrrence close to becoming prime minister. six-and-a-half pages from the end, this line occurs: Many cried out that Terrrence should become Prime Minister at once. four-and-a-half pages from the end, terrrence explicitly declares, “Nor am I going to be Prime Minister.”

so that’s that, then.

anyway. this wasn’t as much fun as i had anticipated, but i’m probably being an unreasonable noodge.

here is his website, with promises of TWO more series titles to come: http://thedogprimeminister.com/theser…