this is the fourth installment of brrémaud’s “love”series, and i’ve been enjoying them very much and have been oh-so grateful for that “read now” option on netgalley each time a new one comes out. like all the previous volumes, this is a wordless story showing the realistic adventures/misadventures of a single species, with other creatures putting in appearances as predator, prey, or bystander in a story that is never disneyfied or hesitant to depict animals being animals, guts and all.

which is reminiscent of a dinner party with the skeksis:

but unlike all the previous volumes, i probably won’t be buying a hard copy of this for my future enjoyment. 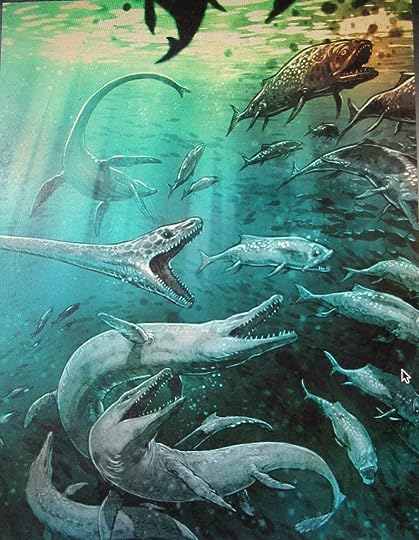 i’m just not as keen on dinosaurs as i am on the fuzzy-wuzzy creatures that drove the previous volumes:

the tiger
the fox
the lion

don’t get me wrong—dinosaurs are cool as shit, but even though i loved jurassic park(s) 1-35, i just don’t have that emotional connection to dinosaurs that i would if i’d ever seen one in person or dreamed of having one as a pet.

and this story is pretty standard dinosaur fare:

dinosaurs go about their business, 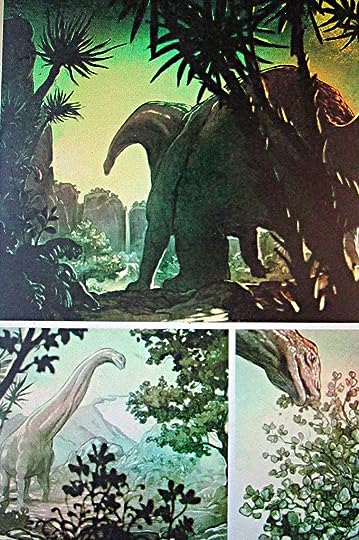 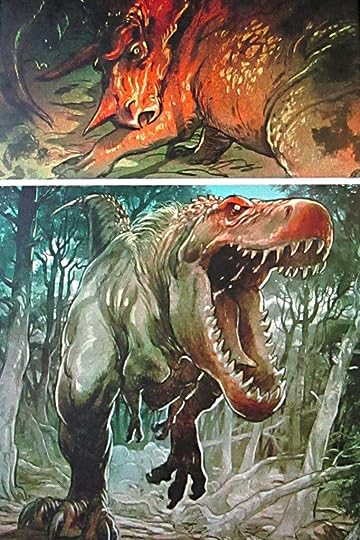 even bigger dinosaurs come along, 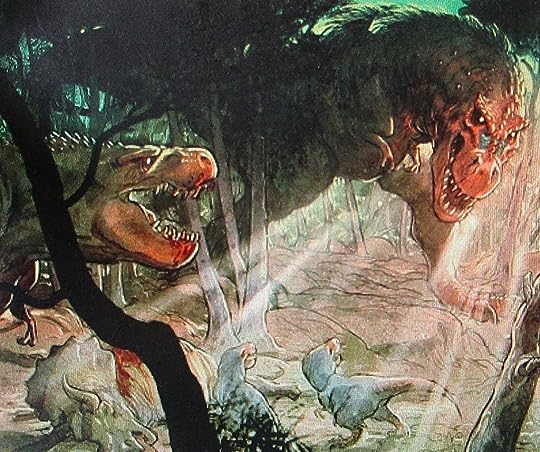 and then it’s all 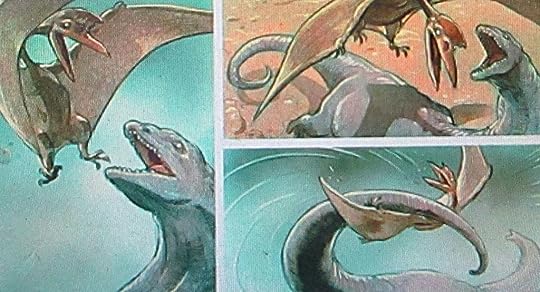 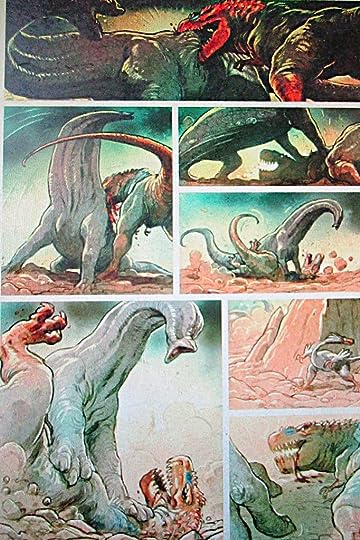 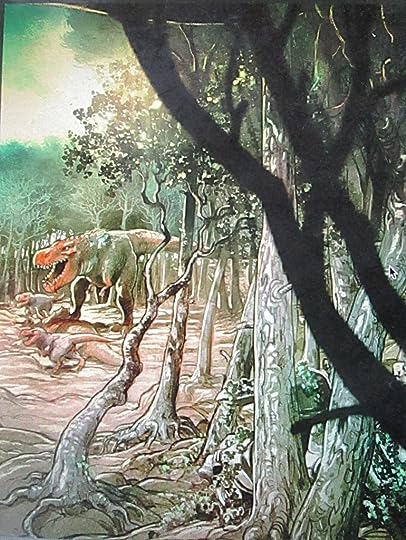 and that’s just a little meh to me, because i am meh towards dinosaurs in general (ever since i read Dinosaurs as a child and it broke my heart)

although there is a particularly good tailsmack here: 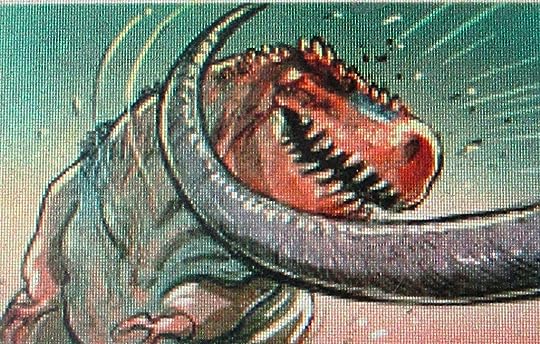 again—it’s truly lovely to look at 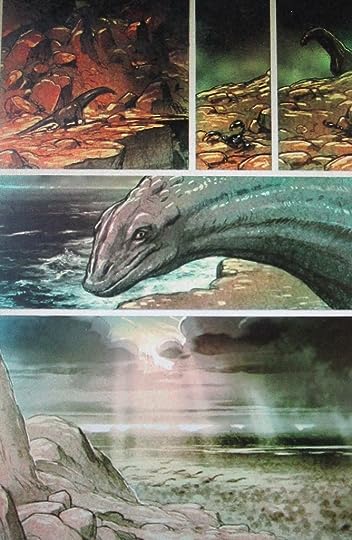 and knowing me the way i do (i.e.—quite well), i’ll probably end up buying this after all, since the completist in me is stronger than the me that shows restraint in spending money on things unnecessarily.