this trilogy-opener is a three-and-a-half rounded up for meeeee, because i like what this book sets up a little bit more than i liked the book itself.

i was drawn to this book/series by the promise of killer trees. OKAY, and also by those gorgeous covers which HIGHLIGHT the killer trees. and also because i really like M.R. Carey, but let’s just focus on the KILLER TREES for now.

fact is, there’s not much about killer trees here. they function like the boogeyman—there’s some mention about why they’re feared, but they’re mostly a thing characters avoid instead of being the persistent threat i’d anticipated.

never fear, though, because there are plenty of other threats and dangers in this book. it’s set in a far-future english village called mythen rood, just one of a few remaining pockets of human life in a world where cities have fallen, remnants of technology are treated like magic, and interaction with other settlements is limited. mythen rood is heavily fortified against the dangers beyond the gates; sharp-toothed critters, those TREES!, and the cannibalistic “shunned men,” and they’ve been a community long enough to have established their own deeply rooted traditions and social hierarchies and power structures you just don’t question.

koli is fifteen, and the first part of this book feels like a variation on the theme of ________ (insert the YA dystopian title of your choosing): sheltered boy with big ambitions and limited opportunities, with a best friend and a girl he secretly likes, they all go through the village’s coming-of-age ritual public ceremony/“test” that renames them and determines their future roles in the society, he does not get the result he desired, he learns secrets that will CHANGE EVERYTHING and acts upon them, consequences follow.

the setup is a bit formulaic, and koli’s that brand of character you want to root for, even though he’s not particularly likable at first. he’s that typical bratty kid in the beginning stages of his journey to maturity—he’s self-absorbed, he lacks empathy, he doesn’t think beyond his own desires &etc, but without those qualities, there’d be no story, since it’s his selfishness that inadvertently exposes all the seeeecrets.

as the story progresses, he becomes more thoughtful and considerate (with the help of a character who also becomes a lot more tolerable once they become more aware <–pun intended), and this is a story being told from a remove, allowing a more reflective koli to examine his behavior from a more mature vantage point:

I was the smallest speck of dust in a world that was a thousand thousand times bigger than I even knowed it was, and I didn’t have no right to be treated like anything bigger than that.

But it’s when we’re smallest, when we’re young, that we most have the thought of ourselves as mightily important. A child—any child, I think—believes he stands plum in the middle of everything, and the sun at noon-day seeks him out so it will know where the zenith is.

Or if it’s not so for every child, at least it was so for me.

i like this storytelling style—told from koli’s present-day POV looking back omnisciently over these past events, frequently interrupting his own story with foreshadowing and commentary and clarification so the exposition is a little herky-jerky, but in a good way—it keeps you on your toes, it feels authentically like someone telling a story, and you get those little teases of What’s To Come.

i liked the first half of the book for establishing the world, and the second half for its escalation of stakes and action, but it really does feel like the first part of something, and although it would have meant sacrificing those just-as-awesome covers for books two and three, i wish this had been published as one massive book instead of three separates. but i am glad that The Trials of Koli: The Rampart Trilogy, Book 2 is scheduled for release in only five months, because i’m ready to hear more about THESE TREES! 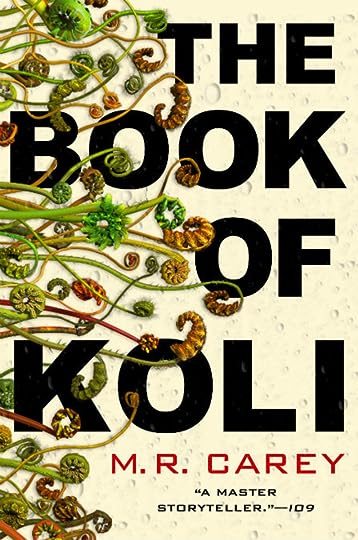 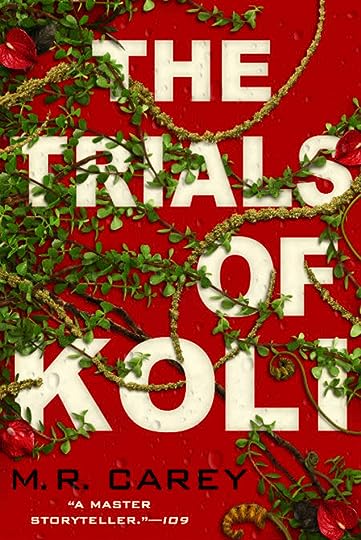 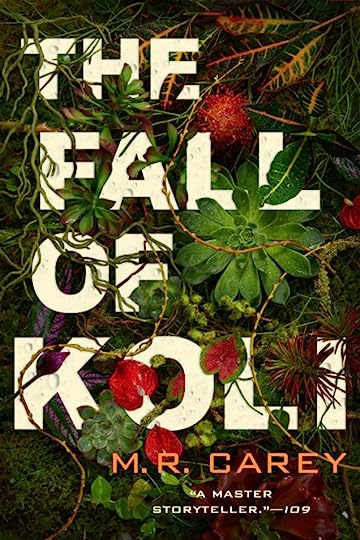