The Appeal by Janice Hallett
My rating: 4/5 cats

stretching the parameters of the goal a little bit, since this book isn’t one that’s been languishing on my shelves for years, like many others, but one i JUST RECEIVED from my gr secret santa this year. still, it ain’t published here (yet), so i’m counting it!

Dear Reader – enclosed are all the documents you need to solve a case. It starts with the arrival of two mysterious newcomers to the small town of Lockwood, and ends with a tragic death.

Someone has already been convicted of this brutal murder and is currently in prison, but we suspect they are innocent. What’s more, we believe far darker secrets have yet to be revealed.

We believe that the killer has given themselves away. It’s there in writing, hidden in the emails, texts, and letters. In the events surrounding the charity appeal for little Poppy Reswick, and the question of whether that money was truly being used to fund her life-saving cancer treatment.

Will you accept the challenge? Can you uncover the truth?

what a fun shape for a murrrrder mystery: a book where all the clues are given to the reader in the form of ephemera, emails, and texts between its huge cast of characters, along with the notes and exchanges of two law students who have been given the same info-dump and tasked with finding any information that will exonerate the wrongly-accused party—but who have not been given the identity of that individual. the victim, the motive, the accused, the real killer—all of that is for the reader to uncover alongside these intrepid investigators as they wade through SO much correspondence full of gossip, red herrings, secrets, lies, unreliable witnesses, and the everyday bitchery of people who never expected their private communications would be seen by anyone other than the intended recipient. and boy, is it illuminating. spoiler alert: people are hilarious and terrible.

it’s a juicy and inventive read and it sucks you in immediately. it could perhaps have been shortened a bit to reduce some of the drag of its bloated middle, but that’s just a minor quibble for a book that is otherwise so, so much fun.

as a final, shallow note, i’m an incorrigible coverlover, and i am SO grateful i was gifted this lovely UK edition, because this: 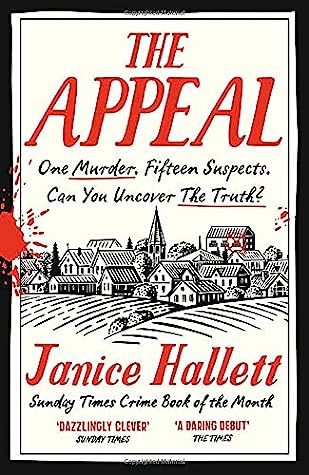 is so much more APPEAL-ing than the cover of the soon-to-be-published US edition: 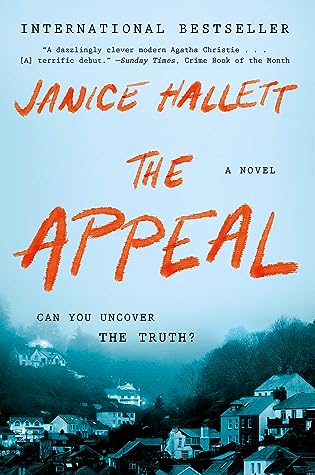 i was drawn to that UK cover before i knew anything about the book, whereas that snoozy US cover looks like so many other books, i would probably have white-noised right over it on the bookstore shelves and never discovered what this little gem has to offer.