Survive the Night by Riley Sager
My rating: 4/5 cats 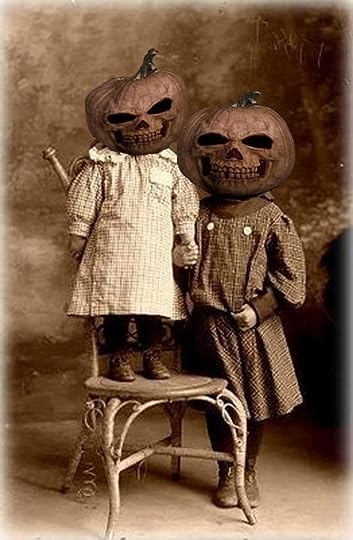 four riley sager books under my belt and i’m still not sure how i feel about him. i liked Final Girls and liked-liked Home Before Dark, but Lock Every Door was pretty dumb, and this one might be even dumber.

FUN FACT: this is the SECOND book i have read with this title, (see also Survive the Night by danielle vega), and that one was also terrible.

scratch that—this one isn’t terrible—he gets points for writing a propulsive page-turner that sucks you in and keeps you invested in barreling towards the conclusion, it’s just—once you get to the conclusion, there are a lot of lingering brain-splinters from things that just don’t add up, and it left me feeling the same simmering-resentment i had after both of iain reid’s novels; I’m Thinking of Ending Things and Foe.

in its favor, this was a one-day read, which—considering my attention span and workload these days—was a rare treat.

but there’s so much about that’s just…dumb.

our dum-dum heroine is named charlie, after a character in hitchcock’s Shadow of a Doubt. perhaps because of this cinematic birthright, she’s a bit film-obsessed; a film theory major in her third year of college, she’s an ambulatory IMDB whose social game is largely comprised of dropping cast lists and release dates.

She could be mute for hours, but if someone mentions a film title, the words pour out. Maddy had once told her that movies were her version of wine coolers. They really loosen you up.

Charlie knows it’s true, which is why asking people about their favorite movies is the only icebreaker she has. It instantly tells her how much time and energy she should spend on a person. If someone mentions Hitchcock or Ford or Altman or even Argento, they’re probably worth talking to. On the flip side, if someone brings up The Sound of Music, Charlie knows it’s best to just walk away.

maddy was charlie’s best friend and roommate, and her death two months ago has left charlie so grief-stricken that she’s decided to go stay with her grandmother in ohio for a while.

and she’s not sure if she’s ever going to return, or see her boyfriend robbie, again.

there are two layers to that statement:

1) the campus, the room they shared, the clubs they went to—every inch of the school sparks a memory of maddy and now everything is a painful reminder of an absence charlie’s not sure she can overcome.

2) maddy didn’t just die, she was murdered, becoming the third victim of the campus killer, and now charlie’s about to get in a car with some guy named josh she met briefly at the campus ride-share board, and she’s standing around alone at 9:00 pm in the winterdark, having sent her boo back to his apartment because he had an early class. these are not the actions of a person who’s long for this world.

as though emphasizing her foolishness, charlie’s standing right next to a streetlamp with a Take Back the Night flyer on it, ignoring three of the four safety tips:

Never go out alone at night.
Always walk in pairs.
Always tell someone where you’re going.
Never trust a stranger.

to her credit, she knows she’s being a dum dum:

…according to the Take Back the Night flyer, she shouldn’t even be here at all, alone at the curb with suitcases and a box, clearly looking like someone about to leave and who no one would miss for a few days.

charlie hasn’t been behind the wheel since her parents were killed in a car accident, so the coincidence of finding someone—even a stranger—who conveniently happens to be driving from new jersey to ohio seems more like a golden opportunity than a risk, when all she cares about is getting away to mourn the loss of her friend in the comforting presence of the only family she has left.

even if there’s a killer on the loose.

increasing her vulnerability is charlie’s tendency to retreat into a movie in her mind, a little neural glitch she’s got where she zones out into uncontrollable fugue states without warning, which episodes frequently leave her unable to differentiate between reality and reverie.

explaining her condition to josh:

“Instead of what’s really happening, I see a heightened version of the scene. Like my brain is playing tricks on me. I hear conversations that aren’t happening and see things that aren’t really there. It feels like life…”

She had always thought of it as seeing things in wide-screen. Not everything. Just certain moments. Difficult ones. A Steadicam operator gliding through the rough patches of her life. It wasn’t until she was forced to see the psychiatrists who prescribed the little orange pills that Charlie realized what the movies in her mind really were.

That was what the psychiatrist called them.

She said it was like having a mental circuit breaker, triggered when Charlie’s emotions threaten to overwhelm her. In times of grief or stress or fear, a switch flips in Charlie’s brain, replacing reality with something more cinematic and easier to handle.

charlie feels responsible for maddy’s death because she slipped into one of these mind-movies the night maddy died, and may have seen her talking to the man who killed her. no matter how many times she returns to the memory, she can’t identify the man or sort out fact from fiction, infusing her grief with all sorts of guilt.

this condition conveniently makes her an easy target for gaslighting ne’er-do-wells, and sager takes advantage of this as charlie’s trip to grandmother’s house (in a bright red coat, naturally) becomes increasingly sinister and dreamlike and MY WHAT BIG TEETH YOU HAVE when, despite her hazy perception, charlie starts noticing some conflicting details in josh’s story and suspects she may have accepted a ride with the wrong stranger.

it’s a neat twist on an urban legend hitchhiking tale, but there’s a lot that, ultimately, doesn’t wash, although it is absolutely a very fun ride. for the reader, not so much for charlie.

one more gripe for the road: it’s set in the 1991, not for any particular love of the time period, but because one cellphone and this story is over. however, it doesn’t feel like immersive retro fun; he doesn’t grady hendrix it—gleefully peppering the book with temporal references and nods and winks to get the reader in the 90’s mood. using a nirvana song as a plot point is not the same as evoking an era.

perhaps i read this one too close to My Heart Is a Chainsaw, which features another unreliable female narrator obsessed with movies to the extent that the boundaries between life and film get a little blurry. that book is a slow-burning heartblam, this one is a kiddie-sparkler on the fourth of july—fun while it’s fizzling, but…then what?

i’m all a-flicker about how to rate this fun but flawed thriller.

and then i remember that none of this matters and no one cares what i think and the world is a mess, so why not be a person who rounds up?