Some Comics by Stephen Collins
My rating: 5/5 cats

this book is super duper fun!

the follow-up to the very successful The Gigantic Beard That Was Evil, this book is a compilation of strips collins wrote for the guardian weekend and several other uk-based publications. i don’t know if it will ever be published here in the u.s., but i thank my lucky stars for the incredibly sweet and generous canadian laima who is willing to grab me all the stuff i can’t get in my country. thanks, laima! some of the strips are centered around british political and pop cultural figures less familiar to an american audience, which may impede a u.s. publication, and some things flat-out will not translate here: 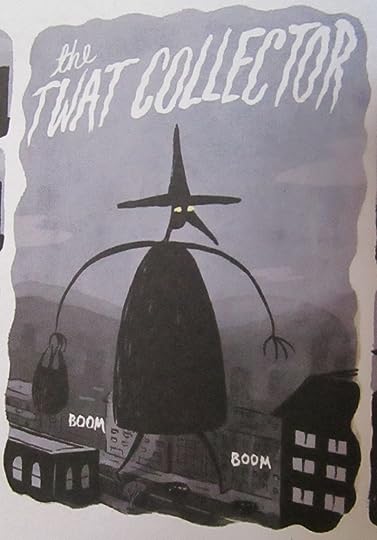 (also, i apologize for whatever is going on with my pictures and their sizing. i need to adjust whatever went haywire on photobucket, because that badger down there is alarmingly big)

so many of these strips are brilliant and made me giggle out loud (GOL), and i absolutely love his artwork; he reminds me a bit of tom gauld in both style and humor. and britishness.

i love the way he draws animals, whether they be badgers 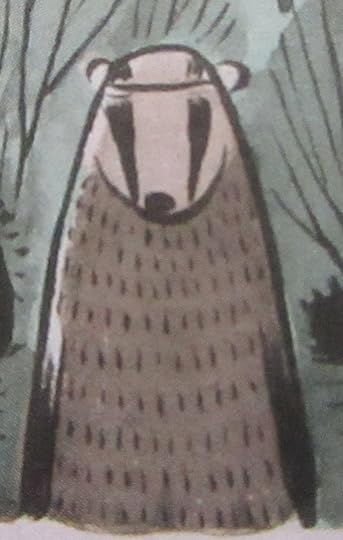 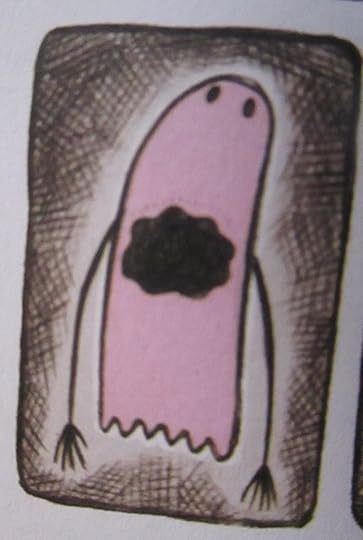 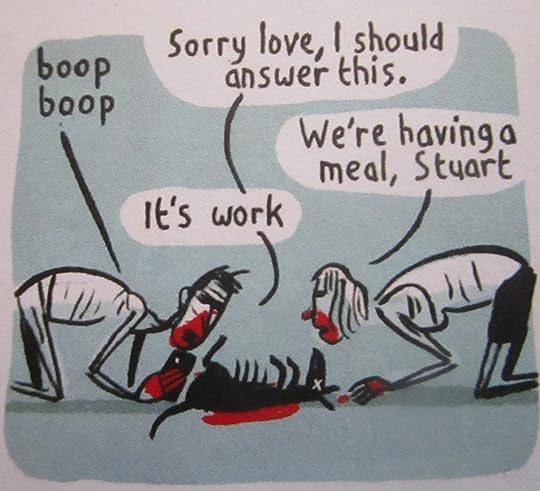 and you know i always love me a good “oi!” 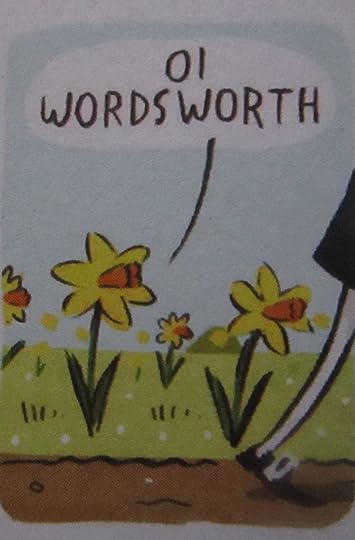 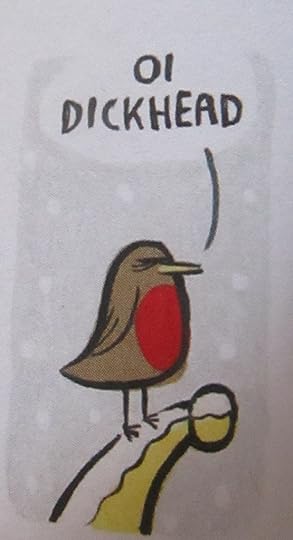 here are some of my favorites for either art or humor or concept. i won’t spoil too much – for some i will just give the first-panel title-tease or a single enigmatic panel-excerpt and make you track down the book itself, but you’ll get the gist.

a mystery is revealed! 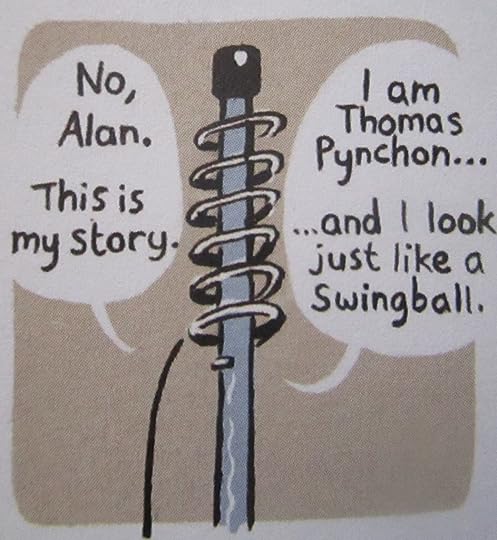 this one is great because of how shouty the aliens are. they remind me of me. except for the liking of cocktail part. 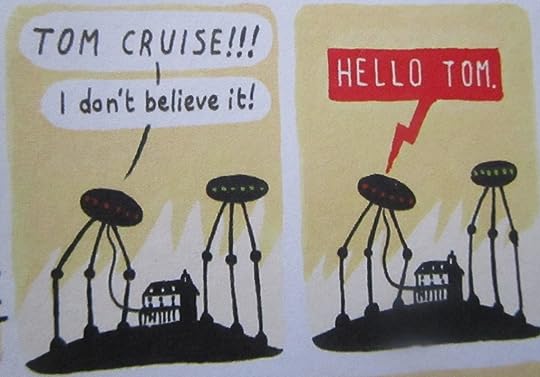 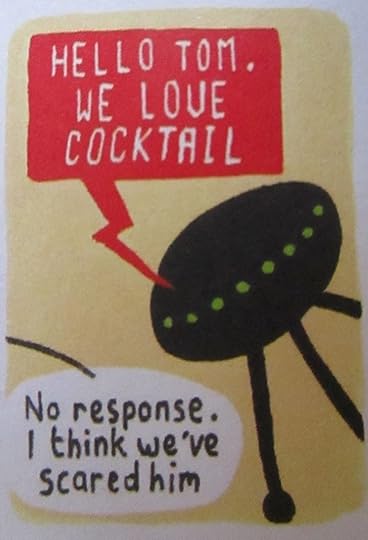 look how much darwin loves his job! 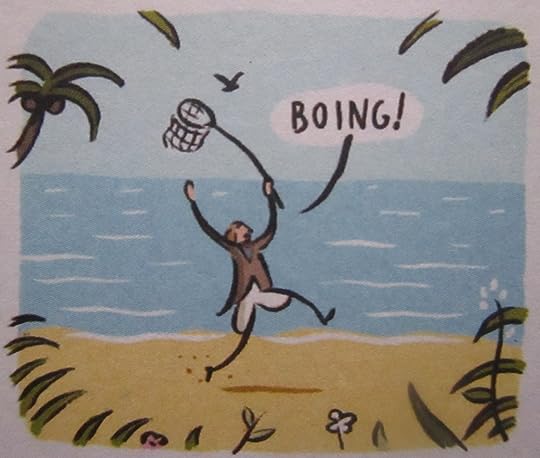 look at this boastful bag!! 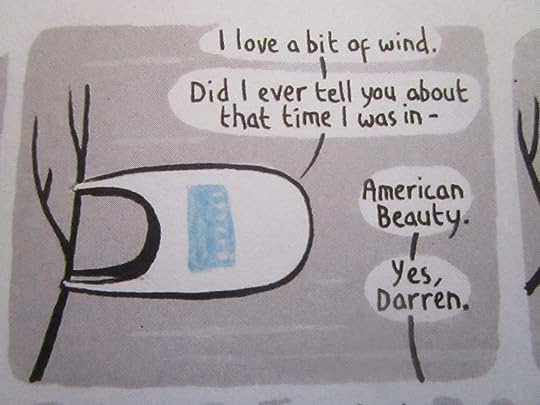 and i totally saw this guy the other day: 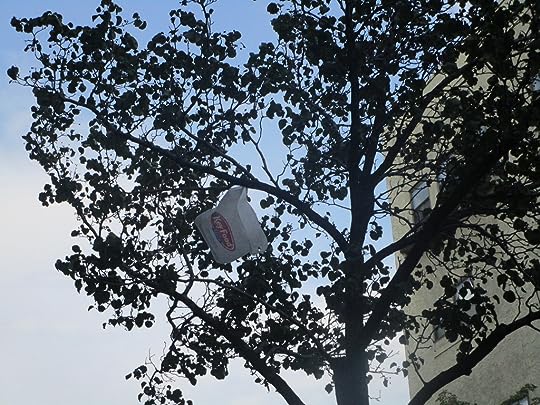 here, i am giving away the punchline; you’ll have to find the joke yourself. but ahhhhh so funny!! 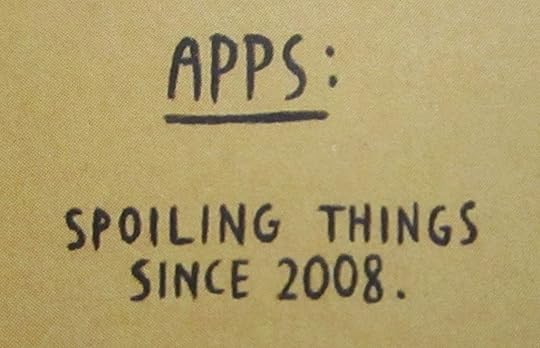 this one wins “most disturbing.” 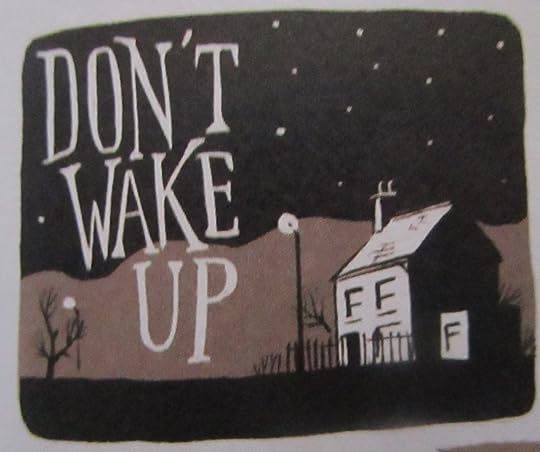 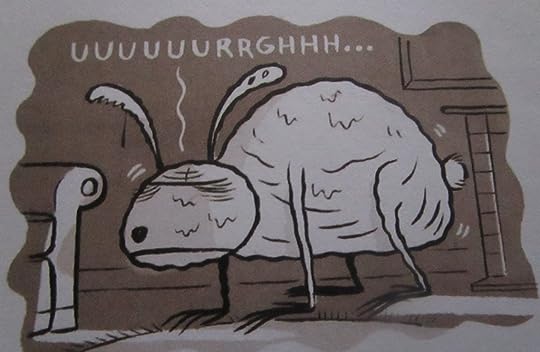 you don’t even want to know what’s going on there.

these are the title-panels of three of my favorite strips (one of which, yes, includes a crocodile!): 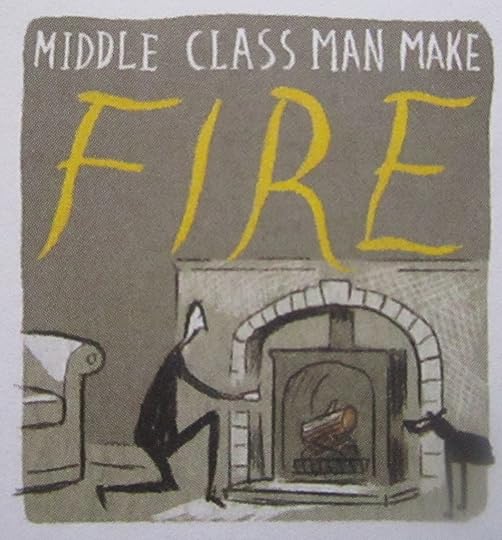 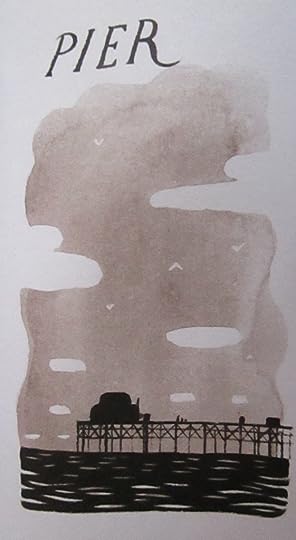 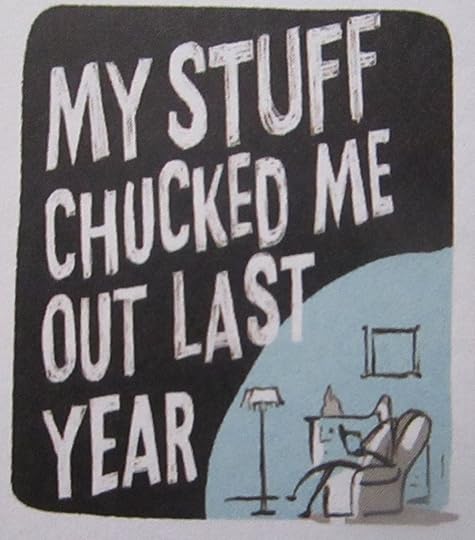 also a story with the perfectly precise title emergency pocket guide for an unsporty man who’s got a ball coming at him, which is better seen by you than photographed by me.

there’s also an excellent lars von trier strip, FYI.
and one of malcolm gladwell. and a crocodile.

and since you have been such good sports, here’s a full strip for ya

naturally, when you WANT the picture to be big…

hopefully you can read that. because i can. and it made me laugh.
OH! but if you CLICK it, you can see it bigger. thanks, internet age!

i liked this book even more than The Gigantic Beard That Was Evil and i hope he gives us many more books. in all the countries.