the calm before the swarm…

the driving force of this book is more about what has happened and what is going to happen rather than what is happening now. this is a world united in one specific concern, specifically that of:

…one of these egg sacs opening up and a torrent of spiders devouring him or laying eggs inside his body so that at some undetermined future date he’d suddenly split open so that spiders could go ahead and eat some other people.

that’s not to say that nothing happens in this book, because A LOT happens, but the bulk of it is concerned with addressing the aftermath of all the spidery mayhem – how do you get people out of a destroyed city, what do you do to prevent further infestations, how much information should be shared with the public to avoid mass panic, what to do about suddenly limited resources, and what the hell WERE those things, anyway?

which means that a lot of the book is spent in tactical strategy meetings, where decisions will be made that will determine the fate of the survivors. government, military, media, scientific specialists all weigh in throughout the course of the novel, as new spidery developments suggest that this is only the beginning, and the worst is still to come.

never fear, this one is just as good as the last, and it’s important to have a little downtime to make the story more than just SPIDERS KILLING EVERYTHING ALL THE TIME, as fun as that can be.

everyone who made it out of the last one is back, and there are a few new characters, as well as many that are introduced just to become spider-food, so don’t get too attached. and while i still don’t understand what those folks in scotland are adding to the overall story (nor do i understand the purpose of the hawaii segment introduced on this one), i’m still charmed by them, particularly since i can relate to an elderly crank mystified by technology:

…he started poking at the phone. It looked like a chicken pecking for corn. Not surprisingly, since he hadn’t actually unlocked the home screen, nothing happened. “How in the devil’s name do you operate this thing?” Padruig said. “This infernal contraption is cursed.”

“It’s just a phone, Padruig, not an instrument of Satan.”

Padruig harrumphed. “It might as well be. You can trace the decline of modern civilization to these things.”

i’m with you, buddy. forget the spiders, it’s the damn cellphones that are rooning the world.

like any good aftermath novel, there’s a sprawling cast of characters from across the globe, and while we are provided with some very specific background on them:

She had the name and voice of a lifelong Brooklyn Jew, but her parents were both Cambodian, and she had, apparently, been born and raised in a small town in Georgia, before going to Princeton and then getting scooped up by the military.

critics of the book might point out that the voices of the characters might not sound super-authentic or varied and the japanese scientist comes across as a less-cussy mark watney with his american cadence and tone, but critics should be reminded that it’s not that kind of book.

so what kind of a book is it?

I like to blow shit up, sir. Tanks are good for that.”

it’s that kind of book.

it’s the kind of book where characters can say:

…while the horror was pretty horrible in a horrible sort of way, it was also a generic sort of horrible.

and only the most joyless readers will complain.

it’s the kind of book where preppers are king:

It was, undeniably, the coolest end of the world hideout Gordo had ever seen. But it was so well thought out they were basically just killing time. There wasn’t much to do. Other than invent a homemade flamethrower.

and they are living it up.

“I was a little afraid it would be anticlimactic, but nope. Shooting a flamethrower is exactly as cool as I thought it would be.

it’s a michael bay kind of book, and it even gives a little shout-out to my favorite m.b. film, which i feel no shame in loving:

He knew there was a reason for him to be here. The hero wasn’t going to die in vain. If he couldn’t be Bruce Willis in Die Hard, he could be Bruce Willis in Armageddon, staying on that asteroid to save the human race, a worthwhile sacrifice.

it’s better written than many of its kind – it’s more pulp-adjacent than true pulp, owing in part to the rich ethnic and sexual diversity of its cast of characters, and in part to its more thoughtful examination of the crisis this time out.

it ends with several loose ends, so i am confident that part three will come our way, and judging by what’s been percolating throughout this middle book, it is going to be spectacular.

unimportant but of interest to me – i read the arc, and recent events have pretty much screwed up one character’s stoic resignation to being a cubs fan, and i wonder if that will get edited out in the final copy. i hope not, because i liked the observations that were made about “new” red sox fans who haven’t had to go through the same experience as sox fans of yore. 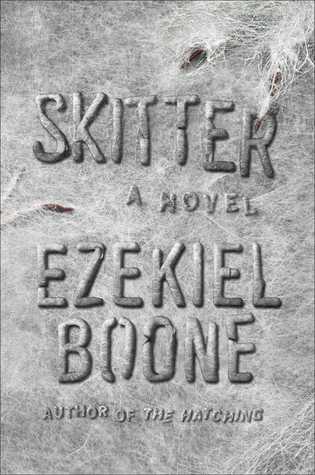