Shared By The Chocolate Milk Cowboys by Chuck Tingle 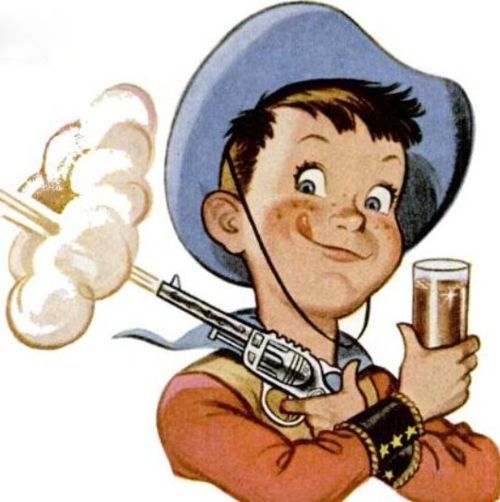 dessert in the desert!!

i expect when chuck tingle finally releases his memoir detailing his writing process, it will be revealed to be made up of a combination of bong hits and mad libs.

and when someone else finally gets it into their heads to write the definitive biography of mr. tingle, i think they will note that this book marks the turning point where mr. tingle lost his fucking mind. because unicorns, dinosaurs, bigfoot – those are all pretty standard in the monsterpornverse. but after he exhausted all of the usual suspects and started exploiting things that should never be considered as suitable love interests for humans – a dress, a train, a diner, donuts, one’s own genetically modified ass – this is where he either transcended ordinary human limitations into genius territory, or became a slavering madman howling out his cave into the night.

and this one…. this one is sublime. chocolate milk cowboys.
chocolate.
milk.
cowboys.

giant glasses of chocolate milk with guns and … guns capable of spilling out of their containers in order to have gay intercourse with a cowboy. 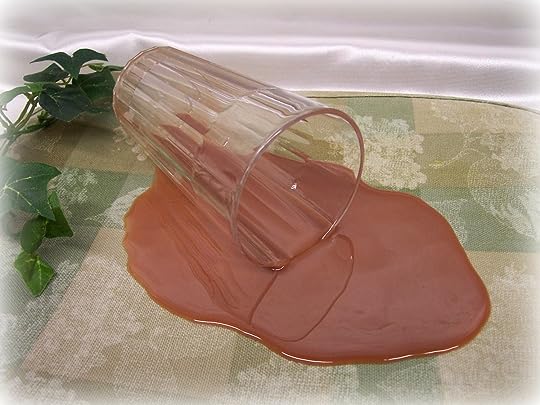 because if that’s not on the same level as the invention of the wheel, i don’t know what you people expect outta a man.

in the unspecified wild west, our hero billy brucko is tasked with delivering a package coming straight from the white house into the hands of albert einstein in california. he is instructed not to look inside the package under any circumstances, and he is to receive two bricks of gold for his troubles. billy is an honorable cowboy, so up he hops on the back of his trusty steed (named the dangler), and he’s on his way.

he is just drifting off to sleep after the first day of his journey when he is awoken by a delicious scent on the wind.

Slowly, I look up and see the barrel of my own weapon pointed straight down at me. Holding it steady is a large glass of chocolate milk. 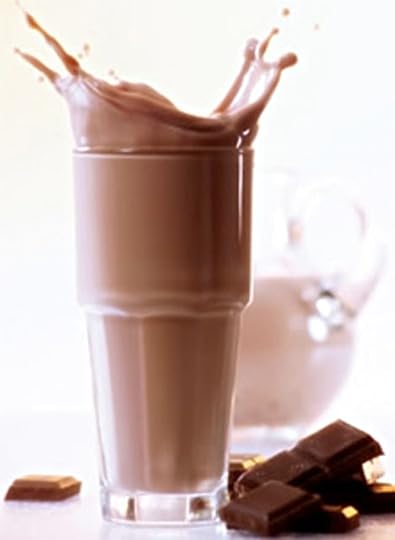 who then sloshes some of himself out of the glass, and each drop that hits the ground forms an additional chocolate milk man, forming “a chocolate milk gang.” and they very much want what’s in billy’s box. but billy’s not about to give up his box to the first outlaw who demands it.

billy is hit, but fortunately, while he is bleeding out onto the ground, our hero has the presence of mind to read the note attached to the in-demand package and learns that it contains a device with magical properties: Upon pressing the button, the user will travel back in time ten minutes, finding themselves in a universe parallel to this one. It is a place that we have come to know as the Tingleverse. Use with great caution, the Tingleverse is a strange and erotic place, but if we can find a way to harness its power, we could soon find true utopia.

so billy pushes that button.
and recent history repeats itself, as he is awoken by a glass of chocolate milk.
but things are a little different this time around

I look at him, staring deep into his soul and realizing suddenly that this version of events isn’t exactly the same, after all. Unlike the last encounter, this cup of chocolate milk has a certain twinkle in his eye, a relaxed and suave nature that simply wasn’t there the first time around. This universe is the same but different; a little more flirty, a little more exciting… a little more gay.

and then the thing that happens in the tingleverse begins to happen here:

I fully submit to their gay power.

what follows is a copious amount of intercourse between billy and the chocolate milk men, who are referred to in a variety of imaginative ways: 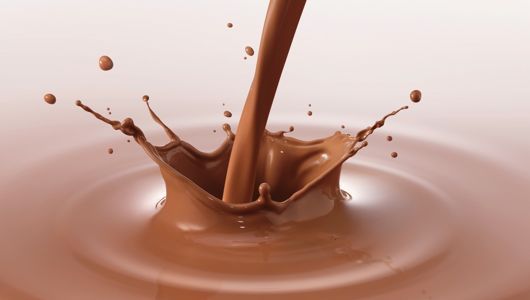 whose genitals and other physical attributes are described thusly:

and who delight our hero with their

and cover him in 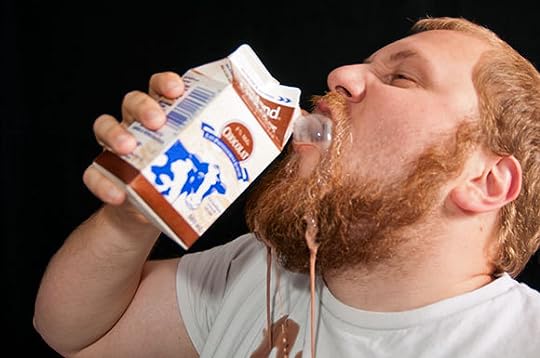 and cause him to utter such loving cries as:

–“Give me those milky cowboy cocks.”

–“Cover me in your milk!” I command. “Shoot those fucking loads all over this bad, bad cowboy!”

–“God damn, these chocolate milk dicks are so fucking good.” I confess.

“Do you like that fat dairy dick?” The chocolate milk asks me in his deep, soulful voice. “Do you love it up your tight gay asshole?”

“Yes, I love that fat chococock in my tight ass! I wish I had more to fuck!” I scream, lost in the moment. 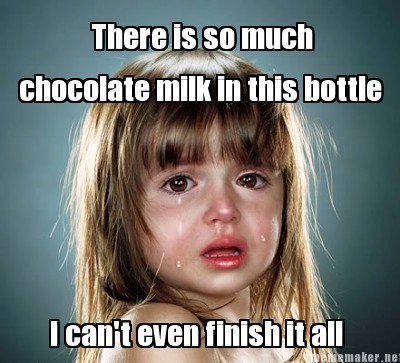 and billy is equally appreciated by the chocolate milk men:

–“Not bad, cowboy!” Gargles one of the blobs.

it’s an unconventional love story, but it is full of mutual admiration and a ton of calcium.

and the best ending to anything ever (typos aside):

she does not approve 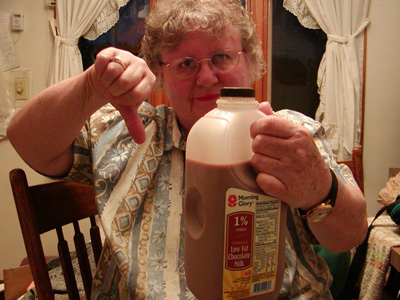 but it might be my favorite tingle so far.