Raft of Despair by Ensio Tiira
My rating: 3/5 cats

what i have learned from this book and Last Man Off: A True Story of Disaster and Survival on the Antarctic Seas is that when you survive a lost at sea situation, it’s completely within your rights to criticize the behavior of the ones who didn’t make it.

which seems churlish, but also totally fair – nice guys do not finish last, after all, and survivors win the reward of getting the last word. and also the reward of surviving. this guy isn’t quite as fingery-pointery as last man off, but i suppose a finn fleeing the french foreign legion in 1954 is just better-versed at decorum. or perspective. or has learned lessons in maritime civility from his similarly-besieged countrymenmoomins:

this is the true story of a finn and a swede who jump off the saigon-bound ship the Skaubryn in order to flee the exhausting life of the french foreign legion during the indochina war.

the hearty and irrepressible swedish chap fred ericsson plans their escape as they traverse the indian ocean.

“Malaya on one side, Indonesia on the other. We can’t miss.”

and with only a bottle of wine and a sandwich apiece, they find themselves adrift in a canvas-bottomed raft measuring four square feet in a sea fulla sharks under blistering sun, tossed about by relentless waves and succumbing to boredom and weakness and … despair. and only one of them will survive their thirty-two day ordeal. dunh-dunh-DAAAAHHHHH!

if you are a bright cookie, you can see that fred ericsson is not the author of this book, so you know that he is the one who perished on the high seas. but before he was literally dead weight, he was figurative dead weight, from the very beginning being “too exhausted” to help with the rowing, signaling of ships, filling of wine bottle with rain, or hoisting of distress sail made out of his own shirt; the sleepy princess of the ocean.

tiira doesn’t seem to be much better at surviving, although survive he does. he’s initially too squeamish to eat the fish and crabs that swim up into the raft, and later too principled to kick the decaying corpse out of the raft. but he does pound on a few sharks with his paddle, so he’s at least willing to fight for alpha status.

thirty-two days is a long time to be a castaway, where nothing much happens except being thirsty, being hungry, being sunburned, just-missing ships, being hot, being cold, being pursued by sharks, staring at a corpse, and reevaluating one’s life choices.

it’s not the most riveting survival story i have ever read, but it’s a fine book if you’re looking to round out your shark week reading. and unlike Zombie Sharks with Metal Teeth, this one does in fact have sharks. 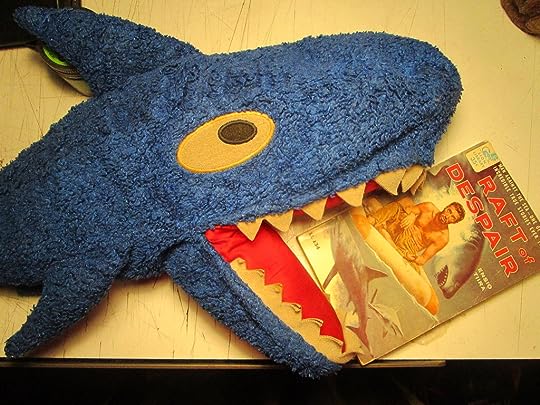 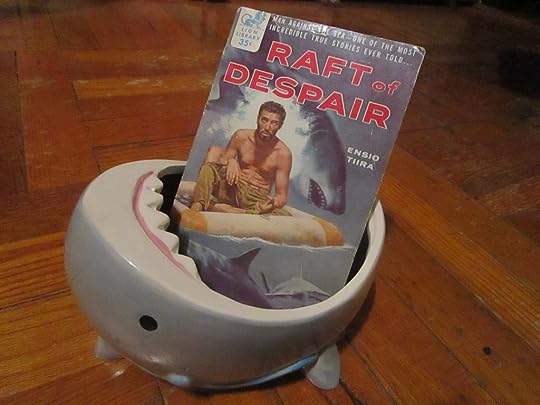 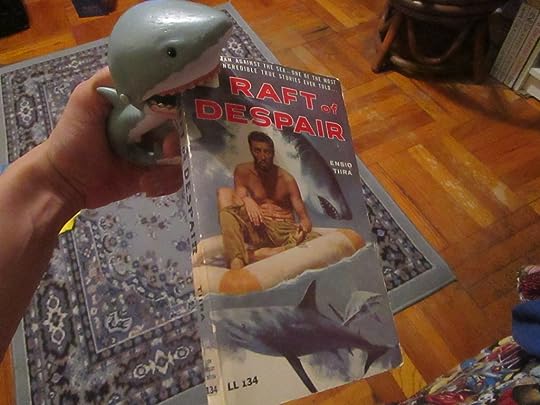 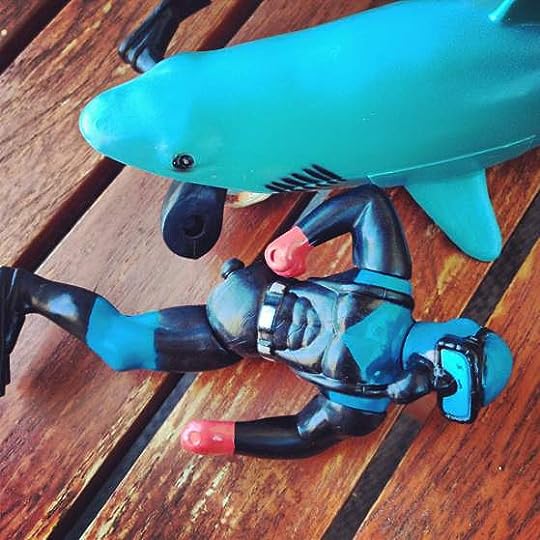 thanks for this book, connor!!