inspired by grady hendrix’s fantastic book, Paperbacks from Hell: The Twisted History of ’70s and ’80s Horror Fiction, i decided to read as many of the cat-themed books as i could get my hands on from his chapter 3: WHEN ANIMALS ATTACK, which resulted in this: 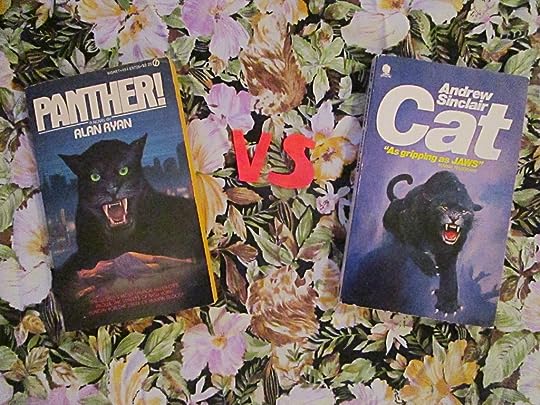 so that’s two notches in my belt-goal, although i still have to find this one, with this specific cover, naturally: 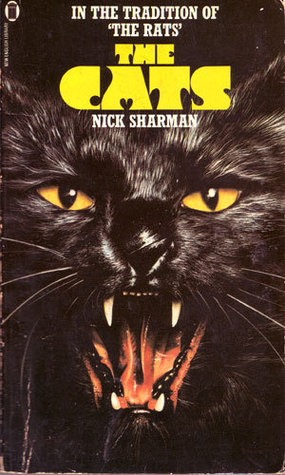 between Cat and Panther, this one was a better read. not staggeringly better, but better, and that’s why it’s getting reviewed first despite my having read it second. it’s ryan‘s first novel, and internet assures me he became a very good horror writer in time, even though this one is pretty flat.

so flat, in fact, that this is all the goodreads synopsis feels it necessary to divulge of the plot: 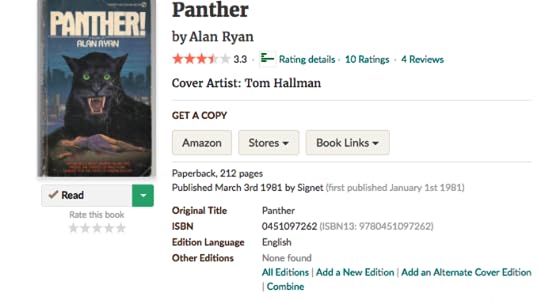 it’s true that the cover is the best part.

outside of the goodreads book page, this book promises a lot, in a most excellent font: 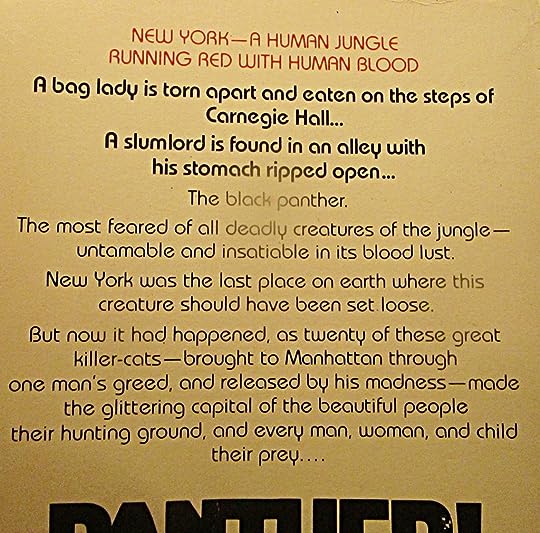 it also premises a lot – twenty panthers are hunted and captured in africa, put into cages, loaded onto a plane, flown thousands of miles away, and stored in a manhattan warehouse until the Big Day – when they would be released into the lobby of a movie theater on the opening night of the film Panther!, not as an ecoterrorist protest against animal cruelty or exploitation, not as a prank, but as a publicity stunt dreamed up by the film’s producer, who got himself into a bit of a financial danger zone and is looking for some newsworthy hype that might distract the press from how terrible the movie is.

things go wrong, obviously, and it will be a red carpet event carpeted red… with BLOOD.

except it’s not really, not for a very long time.

fort all the back cover copy promising the nom nommed deaths of bag ladies and slumlords, it takes a very long time to get to the action. specifically, it takes until p. 123, with less than 100 pages to go before the cats start taking to the streets, and it’s less cinematic than i’d hoped. sure, people die – both randos and ‘important’ characters, but it’s a pretty shallowly-conceived story, and it’s not difficult to see where it’s going before it goes there.

however, it does have two applause-worthy death scenes that rival the one i hate in Tess of the D’Urbervilles for melodrama and/or simmmmmmmbolism – one View Spoiler »technically two « Hide Spoiler human, one feline.

the feline deaths are hard to take. not that they’re graphic or anything, mostly they’re dispatched offscreen with a sentence or two – one is killed by a bus, one is shot by a cop, etc. but it’s just shitty to think about these majestic beasts getting popped in the streets because some hollywood douchebag didn’t think this plan through. it is somewhat more complicated than that, but there’s no world in which this was ever going to be a good idea. and it goes down just like it does in that song, only with cats instead of buffalos:

and panthers are way more ferocious than buffalos 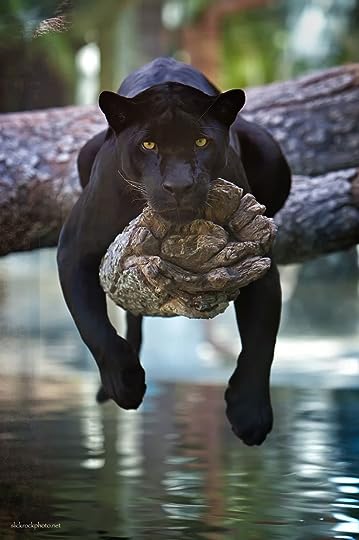 it gets crazy – new york in the summer is excruciating enough without setting panthers loose in the streets, and of course you have all these new yorkers refusing to stay off the streets despite the warnings of the panthers eating people all over town because it is just too hot to be inside and sometimes you just need to get a hummer from a groupie in an alley, you know? al fresco oral sex-o. and then you have people deciding to take matters into their own hands and running across town with guns for the shooting of mighty predators which is as good an idea as the fashion choices in this book, like why is the assistant director in charge of the [Bronx] zoo’s large cats wearing a tube top to work at all, much less when she’s tending to a sick lion? just because your breasts are small but perfect, the way her married girlfriends described their diamond engagement rings, you need to exercise caution!

what else can be said about PANTHER!? whatever still needs to be said, grady hendrix‘ll say it better than me, so i bow to his excellence.