Of Roses and Kings by Melissa Marr
My rating: 4/5 cats

The keys clatter as he locks the cell and then reaches in to unshackle my wrists and attach the manacle to my ankle.

“Never unchain a killer unless you must,” he says cheerily.

this one is a novelette, so it’s on the longer side of the free tor short-verse, but it’s a good’un, so whether you are still TRAPPED IN YOUR HOME developing all those weird add-on features that creatures in the super-deep ocean, so far from the sun, have evolved into or, you know, not, you should take the time to check it out.

it’s an alice-in-wonderland revisit, wherein alice has ascended to the red queen’s throne, trailing clouds of madness, sometimes coming out a little cute-bonkers:

“How am I to dress without my maid?” She stomped her foot, frowned at it as if it ought to make a noise even though she wore no shoe and stood on thick carpet. She picked up a book and tossed it at the wall as she stomped again. When the book made an apparently satisfying noise, she smiled at her foot.

Guards come. A knight, tall and polished and far more dignified than most of the people here, enters the room.

“Every day,” Alice says. “Bring me something to please me. Plan a ball. Find me a new dress. Burn it all down.”

“Your Majesty?” the knight asks.

fortunately, another young woman has fallen into wonderland, up to the challenge of navigating the slippery logic of wonderland and the slippery moods of its queen. it may not be a storybook romance, but we’re living in a world where MURDER HORNETS are a thing, apparently, so a merrily problematic relationship between a madwoman and a serial murderess feels more contemporary than a happily-ever-after would, and here in lockdown, any relationship between two people who aren’t already occupying the same limited square footage already reads like the most outlandish fantasy to me.

bring on the murder hornets, why not? 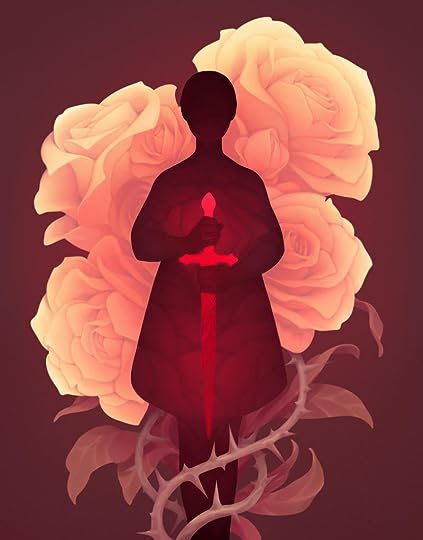